Jonathan Dodd: A glimpse of a possible future

Jonathan returns with his Sunday column and this week ponders what life will be like after lockdown. As always, a great long read 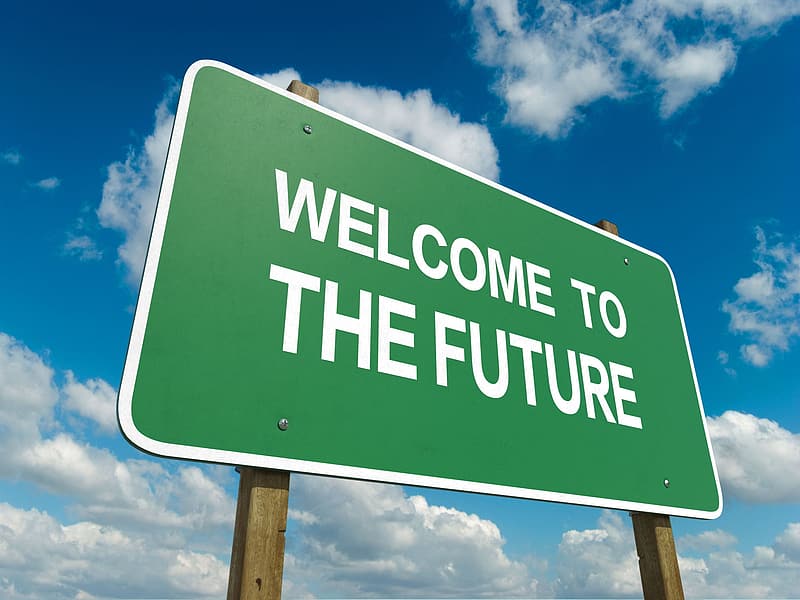 Back in the day, when I thought I had a career, I used to meet lots of people who couldn’t wait to retire. They were mostly men, because in those days it was mainly men. Nobody noticed, or mentioned that, because that was how the world worked. I believe it has changed, somewhat, although every freedom, no matter how hard-won, is easily reversible unless you pay attention. As you’ll have often read in these columns, the price of liberty is eternal vigilance. We’re not very good at that. Part of me wonders whether, amidst all this clapping and these cries of success and valiant fighting against the invisible enemy, the hoped-for future won’t be darker and less free than the scorned past.

But enough of that. I want to write about the idea of retiring. All these men would sit there at their desks and sigh, whilst looking off into the distance, obviously deep in thought. “I can’t wait!” they would say. “Wait for what?” I’d ask. “Until I retire!” they would say, with a beautiful but sad smile on their faces. They would have a specific date in mind, and they would know how many more years, and months, and probably days, until the blessed event. “So what are you going to do?” I would ask, innocently. Their smiles would cloud over. “What do you mean, do?” they’d ask. “I’m going to retire!” “Yes,” I’d say, “but what are you going to do when you retire?” This wouldn’t get me very far. “I’m going to retire! I won’t be doing anything!”

A stranger in your own home
At that point, unaccountably, they would become irate, so I went back to musing and chewing pencils, which made me look as if I was working, when as often as not I wasn’t. I never had much luck explaining that every minute spent thinking about the project meant five minutes gained in efficiency and good design. Perhaps I didn’t become irate enough. Sometimes I have wondered whether I was living on the wrong planet, or the wrong timescale, or something equally unlikely, at least in the woefully limited imaginations of those arbitrarily put in positions of power over me.

I wasn’t comfortable with the idea of these men, who had this concept of a finishing post in their minds, but beyond that, there seemed to be nothing at all. These were often men who spent their week away from home, living in B&Bs, going out to the pub every night for an unhealthy meal washed down with several pints of lager, whilst watching football – any football – on the big screen. On Fridays they’d ask me what I was going to do at the weekend, and I had a hundred things to be busy with. When I asked them, they’d say, “Well, I’ll get up on Saturday morning, and my wife will tell me she’s going shopping, then out to friends, then off to a thing with the kids, and the kids will have sleepovers and games and parties, and I’ll just sit and watch football on my own. I feel like a stranger in my own home!” And sometimes they would add “Here I am, paying for it all!”

The Great Goalposts of Retirement
So what, I thought are they going to do when they finally kick the ball through the Great Goalposts of Retirement in the future and the referee blows her whistle? But I kept that thought to myself. I once asked someone what he was going to do when he retired, and his face lit up. “I’m going to learn to paint. And I’m going sailing, and I’m going to build a workshop in the garden and buy a lathe…” And on and on he went, with a happy smile on his face. I wondered whether he would actually do any of that, because he hadn’t shown any inclination to start any of these activities while I had known him.

There was one man who used to take his family all over the country every weekend so he could take photos of Victorian railway architecture. He was famous already on the railway architecture enthusiast circuit, taking his slides and giving presentations all over the country. He had the right idea, I thought, because he already had something he loved. I also wanted to know what his family thought of all those weekends tramping up and down railway lines so he could get the best shot. They were probably dreading the thought of him retiring.

Church without the trappings
We’re all getting a glimpse of that future right now, with the lock-down. Because I have no friends, it has made hardly any difference to me and my lifestyle, but I don’t know about anyone else. Are they getting on with their families, rediscovering the love and joy of spending time with nearest and dearest? Are they all sitting round the living-room table playing board games and treasuring this unexpected free time? All the celebs are there on social media, proving day after day that they’re talented and confident people worth following even though they haven’t got the usual grooming resources and photographers and fashion influencers to fall back on, wryly mocking themselves, and hoping they’ll still be loved and paid by their adoring fans when it’s all over. And some of them will, I’m sure.

I’m really missing the cinema. It fulfils much the same function in my life that church does for many people, without the trappings. The only real way to see films is in a large darkened auditorium with other people who have chosen to watch this film too. Films need the darkness, and the bigness, and the intensity, and the presence of others, and the lack of interruption, apart from the insane consumption of huge amounts of ridiculously noisy snacks in the worst-designed packaging ever. I know that in the early days of cinema, the industry was saved by popcorn manufacturers, or maybe it was the other way round. But there’s no need nowadays to continue all that gobbling and crackling of unrecyclable wrappings. But at least there are no phone calls or people coming in to the room asking what you’re watching, or pauses for comfort breaks during all the important dramatic moments that happen at home. So my lockdown will only end properly when I can get back to the cinema.

Freedom to choose our activities again
The end of lockdown will be an important moment for all of us. It won’t be a milestone event, beyond which there’ll be nothing, like my ex-colleagues used to imagine their retirement. It’ll be a continuation of life, after this pause, during which we have the opportunity to ponder how we want our lives to be in that future. What are we going to have learned about ourselves, and what’s important in our lives? What do we want to keep doing, and what do we want not to have to do again? How are we going to spend our time, once we have the freedom to choose our activities again?

I’ve always thought of life as a journey, where every footstep is unique, and a choice. Do I step this way, or that way? Every moment we’re making these decisions. There is always a choice. We can tell ourselves we don’t have choices, and we can keep treading our way down the road we’re told to follow. Or we can decide we’re going to follow a distant signpost we’ve erected up there ahead, maybe labelled ‘Retirement’, without looking beyond it, or around us now, in case there’s something else we could choose. Or we can close our eyes and put our heads down and follow our feet as they randomly move us along, without looking at anything else around us. These are all choices.

A milestone is just a milestone
I like the idea of keeping our heads up and our eyes open, looking at the scenery around us as we travel, enjoying every moment, and following as much as we can the path we have chosen, wherever it may lead. At the same time we can notice what’s happening around us, where there might be opportunities to do something different, or the same things better, or there may be opportunities we could spot in the distance that would help or add to our lives.

Putting milestones on our roads helps us to move in the direction we have chosen, but they’re just milestones. This road will continue after we reach those milestones, and there may be better roads that we won’t notice if we’re not looking. Are we OK with that? We need our eyes open and our minds busy thinking about the present and the future, trying to make sense of it all, and trying to go towards the best outcomes. It can be hard work sometimes, but hard work is just hard work. And every bit of hard work undertaken with your good intention and effort will be rewarded in time. Obviously never in a way you imagined, but usually in a surprising way. And I don’t know about you, but I love surprises.

Surprise yourself
Have a great life. Be safe. Work hard at the things that matter to you. Be surprised as often as possible. Have fun. In the absence of evidence to the contrary, live this life as if it’s the only one you’ll get. And don’t eat noisy things in the cinema. Thank you, and bless you all.

Image: pikrepo under CC BY 2.0

3 Comments on "Jonathan Dodd: A glimpse of a possible future"

newest oldest most voted
Angela Hewitt
How wonderful that men were actually given the option of retiring. Women never were – in those days. Women carried on with the chores and running around after their retired husbands well into their 70’s and 80’s. If in those days women had spent their life running the home, being a mother to one and all day in day out retirement never came into it they had… Read more »
Vote Up7-2Vote Down
joan

Jonathan is very good at sorting out the rubbish!! Excellent comment Angela by the way.