Jonathan Dodd shares his Christmas story. It’s a little different from his usual style, but if you’re a fan of his work, we’re sure you’ll love it. 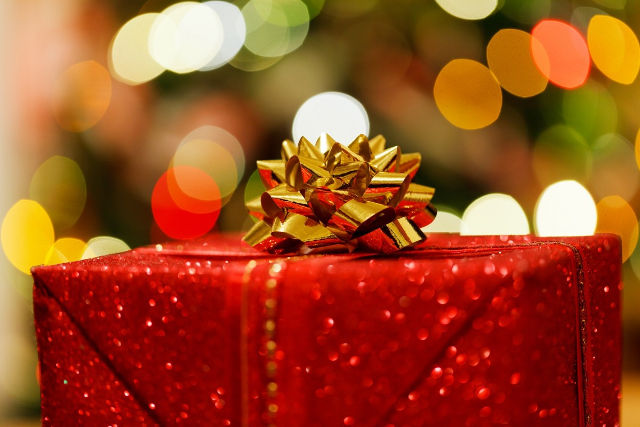 Josie always knew she was a bit scatty. She never bothered to argue the point, whenever some friend or other reminded her of things she had forgotten to do, or never finished, because she knew it was true. That’s how she was.

Josie also knew that her world didn’t have hard edges. Everyone else seemed to be able to make compartments to put things in, and they managed to propel themselves through all the sharp-edged pathways between them without having accidents or getting lost. She remembered when someone made the joke about going into a room and not knowing why, being puzzled when everybody laughed, because that was her, all the time. She sometimes wondered if she would ever notice that moment when she became even more forgetful. She pictured it rather like a foggy day, just getting foggier.

Josie’s husband used to deal with all the complicated stuff. She supposed that was what he had seen in her in the beginning, the possibility of bringing order to chaos, and the rewards of her gratitude, presumably. But it turned out that he had wanted to be able to train her, and she never managed to fit into the shape he imagined the new version of her to be. She was grateful for bills being paid on time, and shelves being put up for her, and things being mended. She really was. But somehow she never remembered what he told her about where to put things or how to do simple household tasks, no matter how often he explained all that to her. In the end he went off in a huff, and she heard that he had taken up with a woman called Maureen, who worked in a shop and kept dropping things. She felt obscurely sorry for them both.

Josie was used to things not making sense, at least to her, because she had always had the feeling that she wasn’t entire, or entirely connected somehow, in the way that other people were. Or at least it seemed to her that they were. So when she pushed open the door of the retro shop behind the station that afternoon, she wasn’t prepared for the events that occurred, but she wasn’t surprised. Astonished, yes, but surprised? No.

What actually happened, after the initial confusion cleared up somewhat, turned out to be relatively straightforward, although hardly believable. When she opened the door, the man inside gasped, and while she perused the rows and shelves full of old stuff that would have been thrown away a few years before, he went into the back of the shop and brought out a large Christmas present and handed it to her.

Josie hadn’t known what to say, and her natural reaction to take something offered to her left her awkwardly holding the large package in the middle of the shop. She felt a familiar sense of flusterment, because he hadn’t taken his eyes off her since he gave it to her, and because she didn’t know what to deal with first, him or the present.

“You can open it, it doesn’t have to wait until Christmas. Or you can leave it until the Day. Heaven knows, after all these years, a few more days won’t matter.” And he stroked the old faded wrapping paper in a vain attempt to stick down the yellowed tape that was threatening to dry out and loosen completely. And as if he wasn’t quite ready to part with it, despite thrusting it into her arms. Then he stopped talking, and just stood there, gazing at her.

She found herself gazing back, in the absence of anything more appropriate to do, and noticed his blue eyes under the shaggy brows, and the surprising width of his smile. It was like he’d been practising. She thought she should really feel a bit creeped out by this, but somehow she didn’t. This man, whoever he was, made her feel comfortable, and somehow safe. She knew this was strange, but it felt quite all right. Eventually he took a deep breath and seemed to relax a little.

“I’ve imagined this moment for so long, and now I’m wondering whether I ever really believed to would happen”, he said. “Excuse me. I’m all atwither.” And he sat down, feeling his way backwards into an overstuffed Victorian armchair.

Josie looked round to see if there was somewhere she could put the present. It wasn’t very heavy, but it was substantial. She resisted the urge to shake it. She wasn’t ready to accept it as a gift yet, and she felt uncomfortable hanging on to it. She slid it onto the counter. She decided that sitting down was probably a good idea, and sank into a small padded dining chair, one of a mismatched set. She folded her hands and waited for this man to explain.

He suddenly lurched forwards. “Are you really telling me you don’t remember?” This was followed by “Of course not. I mean, you haven’t said anything. How extraordinary!” And he sank back, looking perplexed.

Josie was beginning to feel that she might never understand anything ever again. She took a deep breath. “I’m sorry,” she began. It’s always good to start with an apology. “I don’t understand. You’ll have to explain it all to me.”

He smiled. “Yes, of course I will. But would you like a cup of tea first? By the way, I’m Michael. It’s very nice to meet you.” And he leaned forward and shook her hand gently. While he was waiting for the kettle to boil, Josie surreptitiously inspected the present. It looked like everything else in the shop, as if the entire contents of someone’s house had been carried there and put down wherever there was room, just as someone was finishing off their Christmas wrapping. There was no label, so, theoretically, it could have been anybody’s present. Josie was faintly disturbed by this thought.

A tray was brought out, with all the correct things on it, including biscuits, and tea was poured. “Right,” he said. “Let’s start from the beginning. Have you ever been in here before?”

“No.” said Josie. She was sure of this. And, of course, as she said it, she wondered whether she was really sure.

“I’m talking about a few years ago, so you may have forgotten. 1998, to be precise. Almost the same date, 3rd December.”

Josie struggled to remember where she even was all that time ago. Here, in this town, still living with her parents. She must have been close to moving away to her first job, looking for stuff to furnish that first flat. She shrugged. No clues there.

“You came in, with a friend. You were looking around, and then she had to go and catch a train, so you rushed out.”

No, still nothing. Who would she have been out with then? She looked at this man, rumpled and somewhat worn-away by the years, and tried to imagine what he looked like twenty years ago. She wondered what she had looked like then. He ran his hand over the thinning hair on his head. “Yes, I had more hair then, and it was very dark. And longer. And you were striking. I’ve remembered you all this time, and I’d have known you anywhere. You’re just the same.”

Josie knew this wasn’t true, but she felt flattered nonetheless. And she couldn’t think of anyone she had been friendly with back then.

He decided her silence was a signal to go on. “You went down that aisle there”, and he waved past her shoulder. “And there was this.” He waved his hand at the present in its bright paper. You brought it to the desk, and you asked me to hang on to it for you. So I did. I put it on a shelf. Back there.” He turned towards the desk, and indicated the door behind it.

Josie was quite enjoying this relaxed guided tour of his shop, and she liked the way he used his hands to gesture with. They drank more tea, companionably. She felt she didn’t have to say anything, which suited her very well.

“A whole year went by, and you didn’t come to claim it. So I thought it might be a gift, and I decided I should keep it safe, as long as it took, just in case. Then the next year I wrapped it, and I’ve kept it ever since. Somehow I always knew you would come back, and for some reason I found I wanted that.”

Josie found she wanted to open it now. She felt sure somehow that it was a present especially for her, but it was also a lot more complicated than that. She reached forward and grasped the edge of the paper and caught his eye before peeling it back. His gaze alternated between her and the present, and she could feel a strange expectancy inside him.

She pulled off the paper, and opened the top of the box. Inside, in a nest of soft tissue paper, lay her heart. And next to it, gently beating, was Michael’s heart.