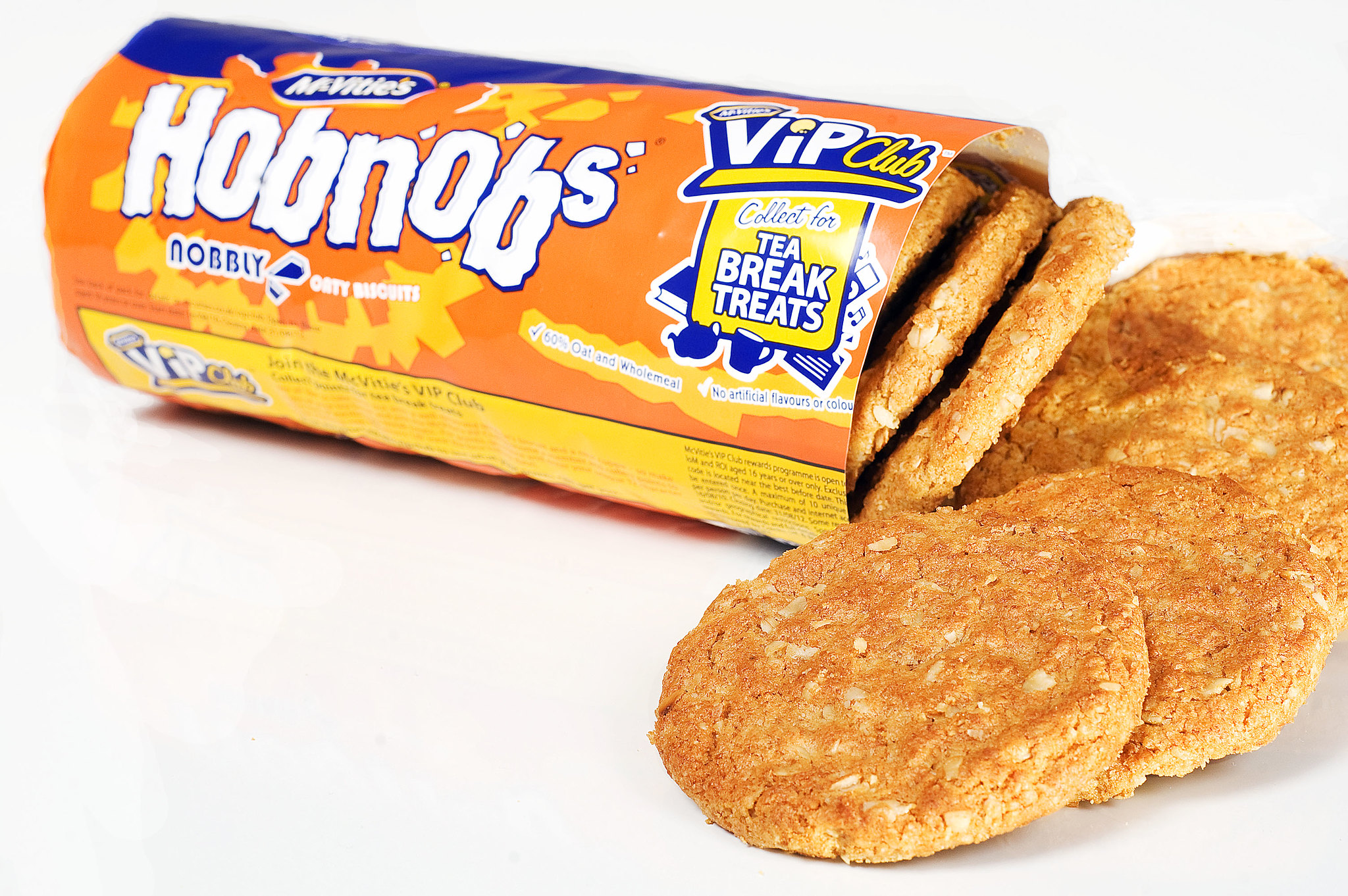 Jonathan Dodd’s doesn’t have his usual column this week, but shares this short story. He writes a lot of them, so we might see more coming this way. soon. Ed

“Pass the biscuits.” Neville was not known for his politeness, but Martin nonetheless passed over the pack of Hobnobs, keeping his eyes assiduously on the woman on the TV. She was doing something rather strange with what looked like a small plastic dolphin. He let Neville pull a biscuit out, but kept hold of the Hobnob packet, because Neville was known to take more than his fair share. And Martin was particularly partial to a nice Hobnob, especially late on a Saturday night. The TV flickered eerily in the darkness of his living room.

“Isn’t it marvellous what you can see on TV nowadays late at night! Not like the old days, where you counted yourself lucky to get Spit the Dog or the weather report after you got home from the pub!”

“Huh?” Neville’s voice floated out of the air somewhere on Martin’s left, muffled by a mouthful of Hobnob.

“Don’t you remember how it was?” Really. Neville just never listened any more.

“All this late-night stuff on TV. There’s so much more to see nowadays. You never used to see stuff like this! It’s supposed to be educational.”

“Oh! Yes! I’ll say it’s educational. Just look at that!” There was a pause in the conversation while the friends pondered and learned from what they were watching.

“And all that stuff that was never even mentioned. You can see it all now!”

“I’ll say! Do you remember that thing last week?”

Martin was glad that Neville was taking notice again, so he offered him another scrabble in the Hobnob packet. “You mean those two blokes with the canoe?”

“Yeah. I had no idea they got up to all that stuff. You should count yourself lucky I don’t fancy you!”

Neville landed a playful punch on Martin’s shoulder, just below the knob of bone at the top, just like at school. They used to creep up on each other relentlessly, for weeks at a time, always landing a punch on exactly the same spot, as often as possible. Martin remembered the pain deliciously, and the glorious rainbow colours of the bruises that never quite disappeared before the next onslaught. Those were the days.

They munched contentedly for a few minutes while the woman and her plastic pet played their own game until one of them won and the adverts came on.

“Time to go home then.” Neville shifted his weight on the sofa, ready to stagger the three doors down the road to his own house. “Good night then.”

Five minutes later Martin put his hand out for the Hobnob packet and couldn’t find it. He felt all round the sofa, looked on the floor, even went into the kitchen. And they weren’t there. This was taking things too far. “The greedy devil!” Martin fumed long past his bedtime, and then couldn’t sleep properly, he was that angry.

The next morning Martin was watching at his bedroom window. After a while he saw Neville come out of his front door loaded down with fishing gear and set off towards the river. When he was safely out of sight, Martin slipped out, glanced warily from side to side, and sidled into Neville’s front garden. Knowing the house really well, he soon slid the broken bolt on the downstairs window and climbed in. Sure enough, there in the kitchen cupboard was his packet of Hobnobs. Hah! He pocketed them and returned to his own house, feeling entirely vindicated. Neville would realise that he had been caught out and he would feel ashamed of himself. And he returned the biscuits to their rightful place in the tin next to his kettle. And later that evening he went out to the pub for a quick one.

When Martin got home and switched on the kettle ready for a cup of tea, he was rather puzzled to find that the biscuit tin was empty. The suspicion gradually dawned on him that Neville had been and taken his Hobnobs again. It was obvious, of course, the greedy-guts would do that.

So the next morning after Neville had gone off for his walk in the park, Martin again went to Neville’s house, only to find that the broken window bolt had been repaired. He had to go round the back and use the ladder to climb in through the bathroom window. And when he got to the kitchen he found that the cupboard had a padlock on it. The damn cheek! He had to make a trip to the shed and use a small piece of bent wire to pick the padlock before he could retrieve his precious Hobnobs, then put everything back where it had been before. He went home, put his biscuits away in the tin, and then soldered the lid on so that nobody could get into it.

The next day, after going to make a bet on the horses, Martin was horrified to find that his favourite tin showed signs of tampering. There were scrapes and scratches all the way round the lid, and the solder was very uneven, not at all like the neat job he had done himself. He shook the tin and it sounded suspiciously empty. He didn’t bother to unsolder it – he was too angry for that. He used the tin opener to confirm that it was indeed empty. This was too much.

The next day was Pension day, and Martin made sure that Neville was over the horizon before breaking into his house again. It was getting more difficult each time. The kitchen cupboard had been reinforced. Bolted to the wall inside it was a strong wooden box that had been glued together and secured by screws that couldn’t be undone. It took a lot of sweat and several electric tools to make a hole large enough in it to grab the biscuits. Martin didn’t even bother to clean up after himself. Besides, he didn’t want to be caught red-handed. He took the Hobnobs home and thought for a while, then rigged up a steel cage which he bolted to the worktop in the kitchen and then welded the bolts together. He looked at his work with satisfaction and went off to collect his pension. He even passed Neville in the street, affecting a cheery whistle and a jaunty wave. Of course Neville returned his wave with an even cheerier one. The cheek of it! He would show the greedy biscuit thief!

The next day was Martin’s weekly trip to the local cinema, where they let old-timers in half-price. When he got home, there was a neat circular hole in the worktop underneath the steel cage and the Hobnobs were gone. This put him into a rage. When Neville went out to the pub that night Martin found that Neville had completely bricked up the space in the kitchen where the cupboard used to be, with a double-thickness brick wall. It took all evening with a hammer and chisel to break through and retrieve the packet of Hobnobs. He took them home and mixed up some concrete.

The next day the concrete cube with the Hobnobs in the centre was completely smashed, and the Hobnobs were gone again.

The day after that Martin nearly had a heart attack when he was very close to setting off a huge alarm bell rigged to a tripwire on the way to the locked metal trunk filled with tarantulas in Neville’s kitchen, but he got away with the biscuits.

He was annoyed when Neville managed to avoid the mantraps and grab the carefully-wrapped Hobnobs from the fish tank filled with stonefish and piranhas in his kitchen.

Two days later there was an incident when part of a tunnel collapsed under Neville’s house. Martin suspected that it had been deliberately booby-trapped. That was a close shave.

Martin never did manage to figure out how Neville managed to retrieve the biscuits from the glove compartment of an ancient Vauxhall Astra that had been crushed and placed in his kitchen.

And it was a devil of a job to get them from the time capsule that had been buried fifty metres down in a concrete shaft under Neville’s kitchen, but he managed it. He was proud of that.

A week later the neighbours were beginning to complain, and Martin woke up with a presentiment that things were going to change. He looked at his house and noticed that it was a terrible mess. He had been neglecting his housework terribly. So he got out his duster and polish and unravelled the Hoover cable and started to clean up.

In the living room Martin picked up the cushions on his sofa to fluff them up and noticed something shoved down in the corner behind the seat cushion. On closer inspection he discovered that it was a packet of Hobnobs. He stood pondering this for a while.

Later that day Martin called round at Neville’s house. “Do you fancy a pint?”

Neville thought for a moment. “Don’t mind if I do.”

Later that evening as they were walking home Martin turned to Neville. “Do you want to come in and watch some TV? I’ve got some nice Hobnobs.”

“Just don’t be getting greedy and scoffing them all though. Like you usually do.”

And life returned to normal. More or less.

They reverted to sneaking up on each other and landing punches just below the shoulder bone knob.

They had some lovely bruises.

Image: stuartwebster under CC BY 2.0

Filed under: The Arts, Writers

Very inventive and amusing, Jonathan. Thank you for the light relief from the current depressing news.

Very inventive and amusing, Jonathan. Just the kind of light relief we need at the moment to help us through. And well written. Thank you!