Jonathan Dodd: Down by the riverside

Jonathan returns with his Sunday column and this week shares some great advice for the start of a new year. 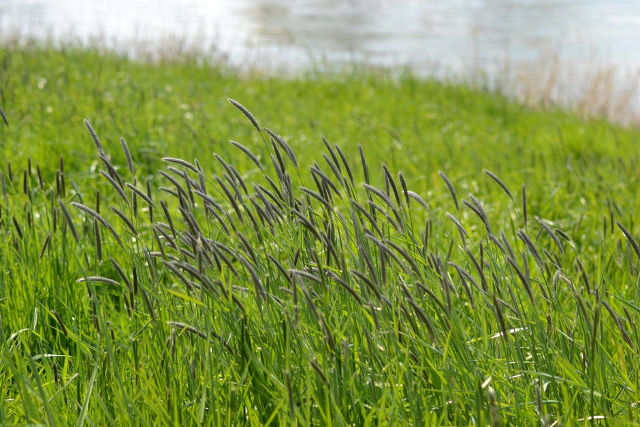 I rather like the idea of a good clear-out. It gives you the chance to decide for yourself what you want to keep and what you can just leave behind. Occasionally, in real life, some of us find ourselves doing this for someone else. I’ve had to clear out someone’s house before, and it’s surprising and poignant to discover what other people might have found important to keep or to cherish, and to see these objects without the added value of the feelings of the person who loves them. It can be sad work, and it’s never pleasurable.

I like to imagine when I move house that I could just take what I want to keep. I suppose some people do that. Just label the stuff that you want to be taken to the new address, and let everything else just magically be whisked away, never to be seen again. I’m sure there are companies who will do exactly this service for you, if you pay them enough. I wouldn’t like to ask what they do with all that stuff, whether they just dump it, or sort it carefully before passing it on to various traders in decreasingly-valuable bits and bobs. I don’t want to imagine that it might not be worth spending time and money on all that sorting, so it all goes into landfill.

The lovely turned spindles were hidden in the darkness
Nowadays, we’re better than we used to be at saving and reusing stuff. You’ll never see a house just being demolished any more. It’s carefully picked apart, and all its constituents separated and taken away to be used again. Bricks and tiles, pipework and floorboards, are all sold to companies that sell them on, so old properties can be restored to something like their original state. There are a couple of these establishments near where I live, and there’s a constant stream of customers looking for sinks and mantle pieces and doors. I think it’s great. I remember when I was very small, there was a man on the TV called Barry Bucknell. He was in the business of showing everyone how to make their houses more modern. He loved hardboard, because you could cut it any shape, glue it to anything that was panelled or uneven, and paint it thickly with gloss, so it looked smooth and shiny and modern. He used to rip out old fireplaces and board up the chimneybreast instead, and he specialised in boxing in the banisters up the stairs, so the lovely turned spindles were hidden in the darkness. He got rid of dado rails and picture rails and flattened everything out, in the interests of smoothness and plainness and easy-clean surfaces. People loved him.

In with the old and out with the new
I also remember a couple of decades later, watching TV programmes about opening up your fireplace again, replacing the old grates, dipping your doors in acid to remove all traces of paint, and replacing dado rails. In with the old and out with the new, and round and round again. We do seem to need to throw everything out if we’re going to stamp our footsteps in the new concrete of this world, before the next generation comes along and preserves those same footsteps in some museum or other somewhere, or as part of some new-fangled art installation. In reality, when we move house, we might manage to sort things into piles or categories, and we might be able to give some things away, or sell them, but when it comes down to it, we’re expected to remove every trace of ourselves from our previous address when we turn out the lights and shut the door for the last time. In the unholy rush of moving, we end up shoving everything in boxes and taking everything with us, even though we don’t really want it all. We mutter that we’ll sort it out when we’ve settled in to the new place, but by then it’s too late. That old footstool has found a space in the living room, and the cracked dinner service is already nesting at the back of a cupboard in the new kitchen.

No wonder we’re all chronically exhausted
But what are we supposed to do about all the stuff that clutters up our heads? We carry so much of this around with us that we’ve even forgotten what’s there. It’s like trudging along, carrying everything you own on your back, probably feeling rather tired. No wonder we’re all chronically exhausted. And there’s so much of it, sometimes it feels like we have the whole world on our shoulders. There’s all that stuff, the things and the clutter and the history, and all the people we know or knew, and everyone we’re related to, and how we feel about them, and all those people and things we have had to deal with wherever we’ve been. And that’s not all. We have all these habits, and attitudes, and unfinished projects, and things we were always going to do, and things that we never managed to get rid of. Old scars and wounds, and anger, and grief, and disappointments, and stifled dreams, and unsatisfied ambitions and longings. There are so many of them. And they’re so heavy, and cumbersome. It’s a wonder any of us can even keep moving.

Just go ahead and put it all down
So what can we do about this? We can use our imagination, that’s what we can do. We all have imagination, so let’s put it to work. Right now. Imagine that you’ve been walking interminably, and all of a sudden, it seems, you’ve come to the bank of a river. The road continues on the other side, and there’s a small boat. Are you going to get straight in the boat and paddle across? It’s a warm afternoon, and there’s some lovely grass there by the riverbank. You’re going to have a rest, that’s what you’re going to do. So just go ahead and put it all down. Start with the stuff you own, and then all those people, and then all those things you think about, and your habits, and your relationships, good and bad, and your memories. Just put it all down. Wherever you like. You might even fill up that riverbank entirely. So when you’ve finished, give yourself a shake, and see if you rattle. Check your pockets, just in case there’s something left somewhere. Have a sit down. You could have a snooze in the sun. When you’re ready, you might want to see what all that stuff looks like, the stuff you’ve been carrying for so long. The thing to do next, of course, because you have to keep on travelling, is to go back in the boat and start taking things over the water. But wouldn’t it be good if you could only take across those things you wanted to keep carrying? If you had permission to leave behind everything that you didn’t want to keep carrying for the rest of your life? This is your imagination, you can give yourself whatever permission you want. So do it. Start carrying over all the things you really want to keep. People. Good relationships, and some that need a bit of work. People and things you love, or that hold precious memories. Those things you really want to do, or that you did that made you proud.

Take them with you or leave them behind
Take your time. Go through all of it, and carry over everything you really want to keep. That’s easy. Then there will probably be things you feel ambivalent about. You might want to repair a relationship or two that ended badly, or right some wrong or other. Unfinished business. You can leave these behind, or you can take them with you, for the future. It’s up to you. Look at each one of these and make up your mind about whether to take them with you or leave them behind. If you’re not sure about anything, leave it for a while and come back to it. There’ll be things you definitely don’t want. They’re easy too. Just leave them where they are, or make a pile of them. Pretty soon you’ll have everything you want on the other side of the river, and two piles on this side. One of these is composed entirely of things you definitely don’t want, and you’re still thinking about everything in the other pile. You can go through it all, and take as long as you like, until you’re sure that you’ve carried everything over that you want to keep. Then you can cross again and check that everything there is stuff you want to keep. Look at it all, just to make sure. Take back anything that crept in while you weren’t looking or your attention was elsewhere. Bad habits are clever like that. But over there it’ll be easier to spot those. Take them back. Have a good one.