Jonathan returns with his Sunday column and this week he explores the subject of planning. As always, a great long-read 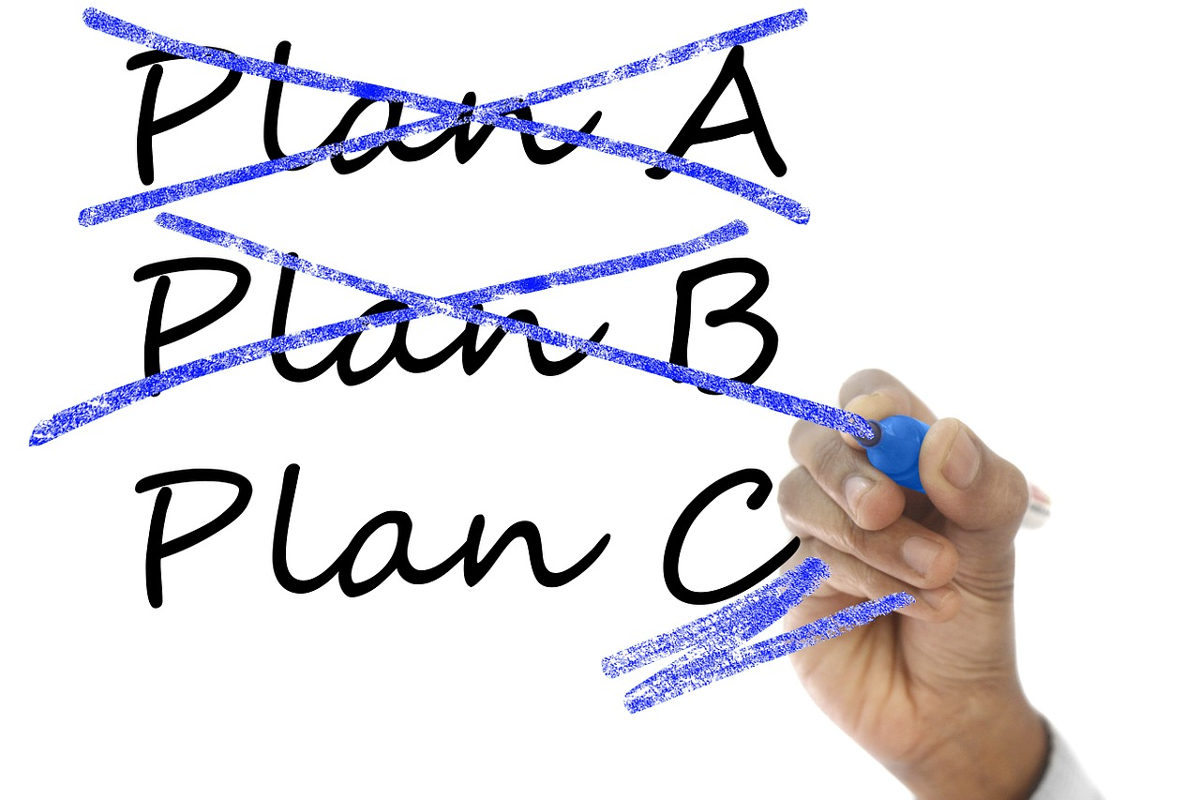 Everything is so confusing, that’s the problem. Everything always is very confusing, but we don’t notice most of the time, because life seems to be fairly straightforward and we can make plans that more or less turn out the way we wanted them to. At times like that we get used to things, and we like that, so we complain bitterly when something unexpected comes along and spills all the apples out of our carefully-constructed handcart. There’s nothing worse than seeing all our apples rolling around in the dirt, after all that trouble.

Until something completely unexpected happened
I know people who construct extraordinarily complicated almost-military-grade plans, and they set off with the piece of paper in their hands, with times and activities and contingencies all lined up, in the expectation that it will all happen, like clockwork. I always admire these people, for their sheer hard work, and for their faith that making a plan is all that’s needed to ensure success and therefore to prove that there is order in the Universe. I wish I had their faith, and maybe I did once, until something completely unexpected happened and blew all plans out of the water.

I haven’t lost faith in plans, of course, I’ve just gained a more realistic perspective on them. I realised that a lot depends on the practicality of the plan in question, and the outcome is always improved when you know what should happen and you have a good grasp of the underlying requirements, as well as the likelihood of the things that might go wrong. You could, for instance, make a good plan for making a cup of tea, based on experience and the likelihood that everything you need might be where you left it the last time you made tea. And jolly nice it was too, so that plan worked brilliantly.

That’s where the central uncertainty of life itself hits you like that proverbial hammer. It’s not the things we don’t know that cause us trouble, it’s the things we don’t know we don’t know. How do we ask questions about things we don’t even know even exist? It reminds me of a scene in my favourite film, The Big Blue. The sort-of hero, an unworldly young man, falls in love, and becomes confused. He wakes his worldly-wise friend in the middle of the night, in an agitated state.

“What do you want to know?” asked his half-asleep friend.

The poor old pear has had a lot of bad press
Basically, our lives are based on calm and quiet times, interspersed by bouts of uncertainty and fear. We can be mistrustful of the good times, or we can decide that this is what life is all about, and bask in the sunshine, refusing to think about the impending rain, or darkness, or whatever will come along. And when things go wrong, we can either get angry and shout a lot, or we can shrug our shoulders and hunker down until the storm has passed. The trouble is that we’re not very good at taking the long view. We don’t plan next year’s income when we’re sunbathing, and we don’t decide to be more productive while we’re sheltering from the storm. We live in the moment, enjoying what we can as best we can, and putting up, more or less cheerfully, when everything goes pear-shaped.

I always thought the poor old pear has had a lot of bad press. OK, it’s a weird fruit, ripening from the inside, and like avocadoes, it doesn’t tell you what state it’s in until you cut it open. But its shape is rather lovely, and very useful for repelling rain and maximising the ripening effect of the sunshine. The pear is only bad when we compare its shape to something inappropriate, like a person’s body, and that’s where we can help ourselves at times of trouble. One way to pour oil on the stormy waters is to get a better perspective. Making plans does help. Making lists as a planning activity can also help. In any situation there are always givens. I once misheard that, thinking someone said there were gibbons in a particular situation, and I rather like that. In your planning activity you should always prepare for the appearance of gibbons. There will always be gibbons.

At any given (or gibbon) moment
The main thing is to continually remind yourself that a plan is only a plan constructed at a specific moment in time, using all the prevailing conditions that you can identify. At any given (or gibbon) moment, any of those conditions can change, or new conditions can arrive, and your plan has to change to incorporate these. And this has to remain the case. A plan isn’t a static thing, like a drawing, it’s a fluid thing that’s always likely to change. But the only thing worse than having a plan that hasn’t been updated very recently is having no plan at all.

This is what makes politicians so difficult to believe. They feel the need to pronounce on what they’re going to do. I don’t know whether they ever listen to themselves, but they behave as if their lives depend on telling us that the plan is set in concrete and can never be changed, whatever happens. I don’t mind them telling me what they’d like to do, if they can. I don’t even mind them telling me why they couldn’t actually do it, but I really dislike them telling me they’re going to put everything right, by applying impossible promises, and then insisting everything is working fine, even when we can see it’s all falling apart. Politicians aren’t wiser than anyone else, and they’re all just as likely to have their plans disrupted as everyone else, but they can’t seem to trust us to forgive them, if only they could be honest about it.

Shouting from the rooftops that it’s not fair
My message here is straightforward. Life is complicated. Even when everything seems simple and easy, it’s not. The way we get through life is by hard work and honesty. We need to keep our eyes open, to try to spot clouds on the horizon or tremors underfoot, and we need to make constantly-evolving plans based on our observations. We need to be honest with ourselves too, so we can be sure our plans are possible, or to understand the actual hard work required to influence the chance of success. And we need to know when to change plans or cut our losses when the ship is going down. There’s nothing to be gained in shouting from the rooftops that it’s not fair. If we’ve contributed to our lack of progress, through not enough hard work, or unrealistic hopes, or not noticing what’s going on, then we should be honest enough to blame ourselves rather than everyone and everything else.

I can’t stop wondering just how much of a problem we’re having in our country right now, or how much of it has been caused by ourselves, rather than events outside our own abilities to influence. I do know that the best thing we can all do is to assess what we actually want, and work out what we need to do to try to make that happen. That includes what we, each of us, need to do to help. Reading rubbish in tabloid newspapers without thinking about it doesn’t help. Making your decisions based on that input, or trolling others on social media, isn’t the way to improve anything. Reacting to the promises of any politician by believing or disbelieving totally either way doesn’t help either. We don’t do that with our friends or family, or with ourselves, do we?

Hard work and honesty
If you find yourself at the bottom of a very deep hole, the first thing to do is to stop digging. I know that’s the hardest thing to do, but it’s that or keep digging and hoping to arrive in Australia, one fine day. We make things better by hard work and honesty. Anything else is just accidents, good or bad.

What’s the point in possessing brains and consciences if we don’t use them?

Insanity is doing the same thing over and over again and expecting different results. It doesn’t take an Einstein to realise that (or did it?)