Jonathan Dodd: Once more unto the Polling Station!

Jonathan Dodd returns with his Sunday column, just in time for the fourth General Election in less than ten years. Read what he has to say on the subject 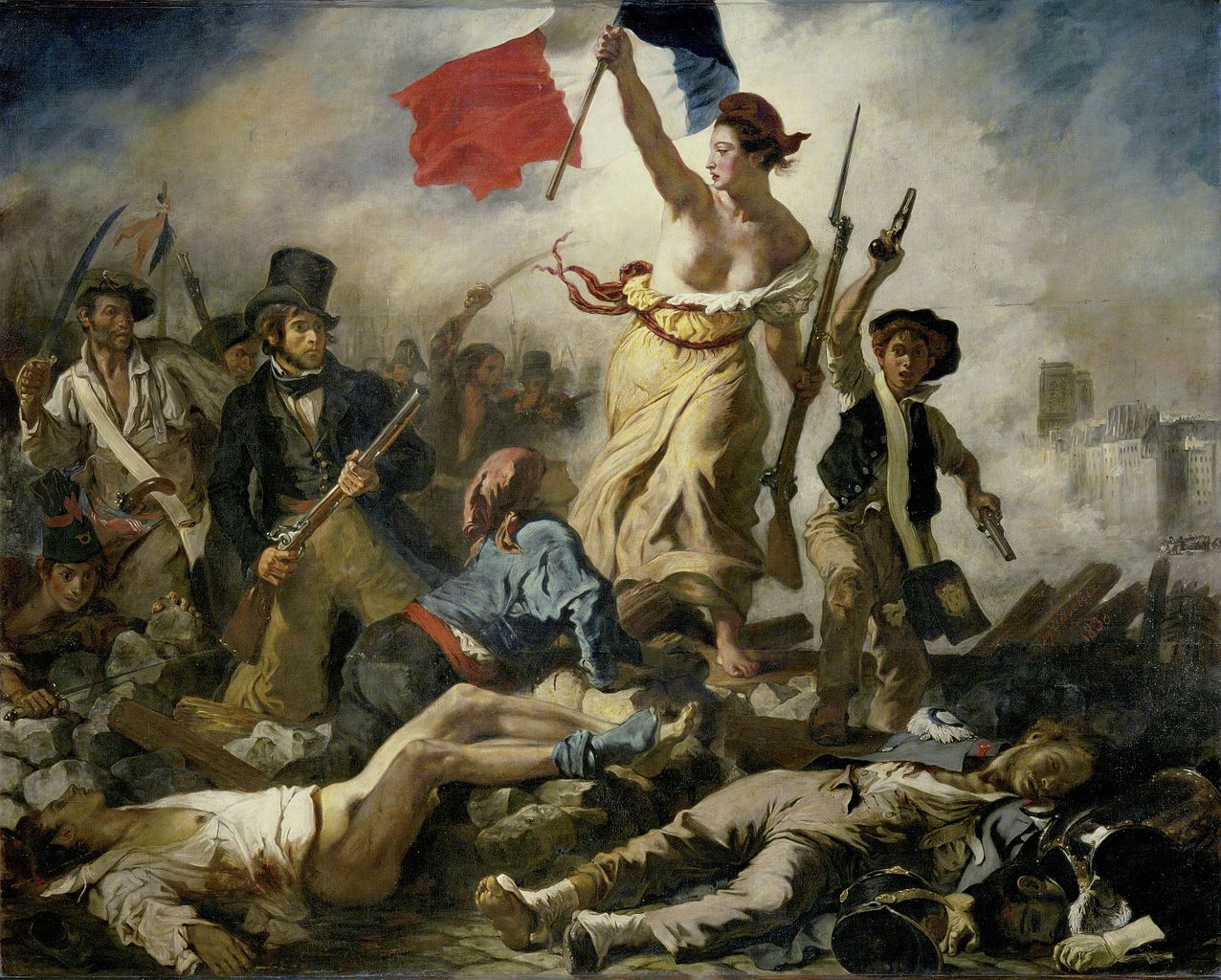 OK. So there’s a General Election coming up this week. There’s a lot of talk about ‘Democracy’, and ‘the will of the people’, and other such trite phrases, uttered sometimes by rote, at other times sincerely, and occasionally accurately. But very few people have a real understanding or inner concept of what is meant by any of these things.

Some politicians attempt to explain them, or at least their own understanding of them, and others seem to beat us round the head with them until it hurts so much that we just stop asking. We might be so impressed by this behaviour that we immediately give those politicians our undying loyalty, or it might make us vow never, under any circumstances to vote for them. People are funny like that.

We humans are extraordinarily various, thank goodness. I’m certainly not going to attempt an explanation of these weighty concepts here, partly because I understand very clearly that I don’t understand them very well. Crucially for me, that reluctance to say things I don’t understand in the hope that people will vote for me isn’t part of my inner desires. Nobody does understand all that, and we should be wary of those who tell us they do, because they’re lying, either to us or to themselves. Or both. Neither of which is a reason ever to trust them. Because I don’t understand, and because I know nobody else does either, I don’t expect politicians to understand either, and I look for personal political representatives who are honest enough to say they don’t have any actual answers, but who want very much to do as well as they can for the largest number of people.

The person who shouts loudest is the best person, obviously
Is there any other reason to become a politician? I suppose the desire for power and riches and fame and adulation might be reasons, but surely it must be irresponsible to vote for them. In reality, political greed should put people off. The by-product of voting for them is always, and has always been, a considerable loss of money and security for the majority of the people, and a huge rise in the already immense riches of the few people who already own almost everything already. I can’t say that I want any of that, and I can point to so many things we’re already suffering if we vote for them again, and if we keep voting for the same old faces, it’s obviously going to get worse. So why do we keep doing it?

There’s a perverse gene, obviously, that’s responsible for our strange behaviour. We seem to think that the person who shouts loudest is the best person, and the person who is a bully is the strongest person, and the person who pushes others out of the way as often as possible will be the person who cares for us, our pockets and our health better than a sincere person. We also believe anyone who stands up on a podium or a pulpit or in a suit or jewelled robes or expensive jewellery has the answers to our woes and can lead us into either the kingdom of heaven or its earthly equivalent.

You have to know that the message you carry is for everyone
I’ve never been a joiner, so I don’t understand our lemming instincts. I’ve always looked at the person making the speech rather than listening to the words themselves or the volume. And I’ve always watched the crowds gazing adoringly, and it almost always feels very wrong. There are occasionally people who are genuine and inspiring. They have a very different look and feel, and their listeners and followers generally behave very differently. These are my models. People like Mr Gandhi, and Mr Mandela, and Dr King, and Ms Thunberg, and Ms Yousafzai. They don’t have to shout, because they have known for a long time that people probably aren’t going to listen. They know it’s a hard struggle, and they understand that you need to persuade people that what you believe sincerely in your heart is correct.

And you have to have a huge heart, so large it’s visible to anyone who cares to look, and you have to care deeply for positive things, even if they seem to fly in the face of conventional wisdom or established power blocks and groupings, and even if speaking those things might cause you to be ridiculed and threatened and shouted down, and even killed. That’s my definition of a good politician. It’s necessary to have thought about what you’re speaking about, and you have to be able to explain it, and you have to be able to discuss it with anyone, over and over again, with the utmost patience. And you have to know that the message you carry is for everyone, to make lives better or safer, rather than to pour money in your bank balance or increase your column inches or your popularity.

Because I think they’ll cause less damage
I would rather elect a sincere person than a career politician who seeks to work within a party rather than for the greater good. I usually struggle in elections, because I can’t often identify anyone with the qualities I’m looking for. Occasionally I’ve been wrong, and I hardly ever vote for anyone who gets anywhere, because we haven’t got a system that rewards the right people. Sometimes I’ve voted for people whose policies I don’t necessarily agree with, because I think they’ll cause less damage.

I’ve been saying for ages that the system we have is outdated and unfair and doesn’t work. Most of the events of the last few years are a direct result of this broken system, and the trouble is that the very politicians who are leading us and themselves further away from common sense are the people who stand to lose the most if the system does belatedly get the reforms it needs. Imagine the turkeys voting for Christmas. Then look at the human voting record and start wondering how we missed the similarities.

I might not like that result, but I couldn’t argue, because it’s fair, because everyone would have voted for the party that most represents their views. If nobody managed to get a majority of the vote, they can sit round a table and bargain until they form a group that can work together, and then they get a chance to make their beliefs happen. I happen to know that this method works at least as well as ours in many other countries, and although they often suffer from discontent and arguments, it’s never because the elections have been unfair. There’s usually a lot of discussion about it all, rather than everyone giving up because nothing will ever change. That’s what we do in this country.

Nothing is going to get better unless we fight for improvement
Democracy isn’t easy. Nor is freedom. Freedom doesn’t just arrive one day, and then everything is wonderful forever. We have to keep it alive by watching it and protecting it fiercely, because there are vultures and hyenas out there, trying to seize our hard-won freedoms. They say that the lessons of history are easily forgotten, and we keep making the same mistakes, and we do, but we don’t have to. Until we get a grip, the rich are going to get richer, and the poor are going to get poorer, and life expectancy is going to fall, and more species are going to disappear, and nothing will get better. The best we can hope for in our future is that things won’t become really bad too quickly, because they’re not going to stay the same, and nothing is going to get better unless we fight for improvement.

I’m not going to tell you that you have to vote, or how you should vote. I’d like to ask you to exercise your judgement and your humanity when you vote, and I really don’t want to keep saying “I told you so” for the rest of my life, and still not see things getting better. Not that you’ll be listening, of course.

See you at the polling station. Do your best. Make a difference. You can’t do better than that.

11 Comments on "Jonathan Dodd: Once more unto the Polling Station!"

newest oldest most voted
Mark L Francis
Remember the Referendum on proportional representation (Alternative Vote). I w=voted in favour, but the referendum was lost, so the chances of a 2nd referendum on PR is rather slim. Voting Tory is a surefire way for the rich to get richer, the poor to get poorer & for the planet to go to the dogs. It seems however, that a lot of people want this. They can’t… Read more »
Vote Up14-7Vote Down
lifewriterbutmainlybeer
‘If you have been, thank you for reading this.’ Yes, I have Jonathan; and thank you kindly for more refreshing lateral thinking. The wise person knows the words goodwill and optimum, whilst so many politicians only know the words ME and maximum (just reflect on our local issues). Having been offered, by all parties, millions of pounds to be designated to our precious (and it really is!)… Read more »
Vote Up8-2Vote Down
nyeve

They have, obviously, not got the message, Jonathan: but somebody needed to try…

The Liberal Democrat’s are nothing but soft Tory’s, look at their actions when in coalition with the Conservatives.

The Greens, now amalgamated with the Liberal Democrat’s, makes the Greens also soft Tory’s and untrustworthy.

The only ‘true’ non Conservative Party is Labour. A Party genuinely true to its principals

Mmm as long as ‘its principals’ include overturning a democratic vote.. NOT something I ever thought a Labour government was even capable of.

Vote Up5-8Vote Down
Angela Hewitt
Democracy is a wonderful thing. It allows the population to a free vote for someone to represent their views, and beliefs on how their world should be run. The people that get elected are held accountable. If we don’t like what the democratically elected do for us we can vote to get rid of them. If there are a few minority parties elected (i.e as someone said… Read more »
Vote Up3-8Vote Down
steephilljack

Vote Green as the Lib Dems have withdrawn their candidate so only one ‘Remain in Europe’ exists. Vote Vix Lowthion !

Sadly voting Green is a wasted vote, since with only one current Green MP there is no chance of the Green Party becoming a strong influential force in Parliament.

At least Labour have credible green policies and have the potential to change thing for the better, both here on the, island and for our country.

No such thing as a wasted vote. Unless the MP is elected by just one vote, you could argue that every vote is wasted, as it doesn’t change the result.

Gina Miller’s site is the *only* tactical voting site to recommend Labour on the Island, *all* the other ones recommend voting Green here.

Check out https://getjohnsongone.com (by the wonderful Led By Donkeys) for an overview of all the tactical voting sites.