Jonathan Dodd returns with another column. As is his style, he talks about one subject to share a message about another. As always, a great long read. 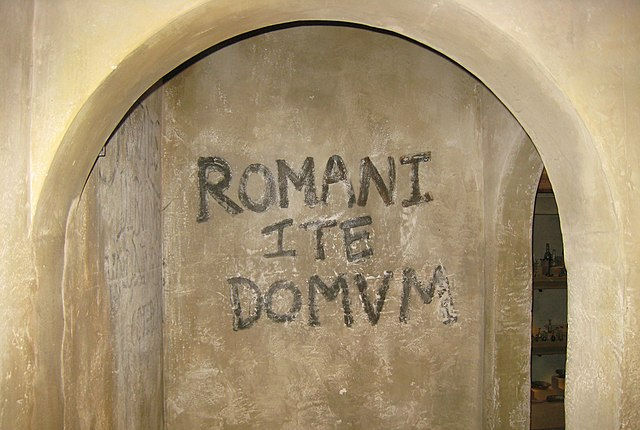 Is it just me? I seem to be saying this a lot recently. I remember a time when I was young, when being young meant pushing up against the walls of established thinking and received wisdom. I was reminded of all that when I watched the recent Monty Python 50th Anniversary documentaries on BBC. The most significant moment back then for me was the furore caused by the Life of Brian film, which is still my favourite comedy film of all time. I remember the BBC banned it, and several town councils did too. They were able to do that then, but I don’t know whether they still can.

There was at that time a group of people who were self-righteously seen as the ‘conscience of the nation’. Most people thought they were idiots, spouting the sort of spurious thoughts about propriety and the Bible as if they were actually important. The trouble was that they did have some back-door clout, because they were able to get to the BBC Governors, who seemed to ban programmes on the advice of just a few people, rather than the vast majority of the population.

He’s not a blasphemer, he’s a naughty boy!
After Life of Brian opened there was a TV debate, hosted by Tim Rice, in which John Cleese and Michael Palin attempted to keep their tempers in the face of ridiculous and pompous comments by two of the well-known so-called luminaries of the day, Malcolm Muggeridge and the Bishop of Southwark. Although the two Pythoners patiently explained that it was not a work of blasphemy, these two took it as absolute fact that it was, even though they answered no questions and raised no actual argument. I was amazed that Mr Cleese didn’t rise to the occasion with one of his magnificent rages.

These people, and Mary Whitehouse afterwards, and her ‘Festival of Light’, plagued the airways and newspaper columns for years, speaking out about everything from youth to pop music and fashions, the so-called ‘Permissive Society’, various sexual practices including homosexuality, and just about everything else that nobody dared to talk about during the Fifties. There would often be news items on the BBC, in which it was said that a programme had been cancelled. Never mind if it was watched and enjoyed by several million viewers, a handful of complaints got it shut down.

Shut down right away by the punctuation police
I’m worried by a lot of things nowadays that I used to think were sorted out years ago with a great deal of difficulty. One of them is the creeping puritanism that occasionally lifts its head above the parapet. When someone forbids the use of certain phrases and insists that their version of grammar and punctuation is right, lots of alarm bells go off in my head. I for one would be shut down right away by the punctuation police with my wobbly use of dashes and inverted commas, let alone my use of the Oxford Comma, which is apparently only important if it’s used in employment contracts. Employees of the Oakhurst Dairy in Maine have been delighted to be paid a lot of money in back-pay because of a comma. If you’re a punctuation nerd, this is beautiful. Google it, it’s a great story.

Punctuation aside, the thing that really worries me is that the backdrop to my youth was all about pushing back at established figures who represented the continuation of the status quo, which made me learn how to talk about the changes I wanted in ways that would engage people in debate, which in turn made me think harder about those ideas and justify them, as well as considering the effects. Malcolm Muggeridge wasn’t just a prejudiced old stick-in-the-mud, he also had a formidable intelligence. You had to engage him, and it was hard work. Mr Cleese and Mr Palin had a horrible and uncomfortable time, but they won the hearts and minds of the audience by patiently explaining their thinking and not losing their tempers, thus coming across as the sensible side rather than the petulant ones.

If they were caught out, they had to resign
We used to be like that. We admired people who had strong opinions and stuck to their beliefs. We liked that Cabinet Ministers were able to argue their corner and put it to the people. We admired that they had beliefs and principles, and actually, we expected that. We also had concrete examples of people just like that. They behaved, because if they were caught out, they had to resign. I’m fairly sure that Mr Profumo wouldn’t dream of resigning over the Christine Keeler affair nowadays. Instead we have people up there in those positions of power and influence who say anything that comes into their heads, and nobody calls them out about it. They get caught with their pants down or their hands in the till, and they laugh it off. How do you argue your way back to public decency and responsibility from there?

We’re in the middle of a fight for the hearts and minds of the people of our country. Like many wars, the two sides are just fighting, with whatever they have to hand, not even realising what they’re really fighting about. Just as England fought Germany back in 1914 in trenches, dying in droves in the mud because war had become mechanised and nobody seemed to notice, our politicians are arguing about Europe, with mixed messages and propaganda on all sides fogging up the view like clouds of gas or smoke from all the explosions.

There’s no single problem and there’s no single solution
War is a sort of insanity that people throw themselves into periodically. They build up a level of resentment and anger, and they want to give someone a kicking for it, but they don’t usually become very clear about what’s the thing they’re really angry about or who’s responsible or who might be talking sense. Just as nobody is at all clear about why England and Germany went to war in 1914, but everyone joined up and marched away anyway, we’re shouting and skirmishing in a confused mess, and we’re trashing everything out there. Because that’s what happens in wars.

I understand that people get frustrated. Everybody does. I have a list as long as my arm that I’m angry about. So have you. So does everyone. But if we compare arms we’ll find the obvious thing – we agree on some of them but we disagree about others. There’s no single problem and there’s no single or simple solution. But we convince ourselves that there is. That’s why Remainers didn’t understand that they could lose the referendum, and that’s why Brexiteers can’t work out how to get us out of Europe, because they can’t agree on a plan.

Jumping is a transitive verb
That’s worrying enough, but we’ve got ourselves into the position of not having a plan and not caring about making one. And even worse, we don’t care about not caring about not having a plan. The loudest voices just want to jump. The trouble with just jumping is that it’s a transitive verb. That punctuation thing keeps on rearing its ugly old head. That means it’s intimately bound up with the result of the verb. You can’t just ‘jump’ unless you’re a toddler who’s just jumping. You have to jump into, or off, or out of something, and usually, rationally, you need to know where you’re going to land up.

We have all heard of ‘tombstoning’. It’s the practice of jumping off something into water where you can’t see what’s under the surface. You might be lucky, or you might kill yourself on a rock or piece of rusting metal that you crash into, or you might be swept away by a powerful current. The unknown should be a frightening thing, and we should obey sensible rules before committing ourselves. You usually strap on a parachute before jumping out of an aeroplane. You don’t just do it. If I saw a person standing on a bridge shouting about jumping off, I’d call the emergency services.

Just shouting about it never helps
The real issues here are the shifting of societal tectonic plates. There are a whole slew of scary changes happening, and just shouting about it never helps. We have advances in technology that are already having enormous impacts on our lives, and there’s going to be a struggle to control them or deal with them controlling us. There’s the shift in power from countries to corporations. There’s the enormous gap between the super-rich and everyone else. There’s the urgent need to control our devastation of our planet. We need urgently to make changes to our form of democracy to allow more people’s views to be represented in Parliament. There’s a vital role we haven’t even begun to address in the collective actions of all countries for the safety and betterment of all.

We used to have the United Nations. Where did that go? We used to be able to tell leaders they have to stop burning the rainforest, or killing enormous numbers of their own people. We set up the United Nations after the second great war last century, mainly to prevent it happening again. Then we withdrew our goodwill and funding, and we changed the rules so it was toothless. Shame on us. We’re going to have unpredictable weather, wet countries will get wetter, deserts will expand, wildlife is facing a huge extinction crisis, and future wars will be about the availability of simple things like water.  Why are we arguing about belonging to a club that helps us be better and nicer to each other, when there are so many more important things to talk about.

Ask yourself this. In fifty years’ time, will they remember the Extinction Rebellion movement, or the Brexit fracas? When your descendants ask you what you were doing for the world at this time, what will you tell them?

I was shocked by the inappropriate use of the semicolon (semi-colon?) on their main(e) website….

Indeed, “Everybody does.” A full stop where a semicolon is needed.