People heading back to the Island via the M3/M27 on Friday 28th June
should be aware of this late night road closure on the M27. 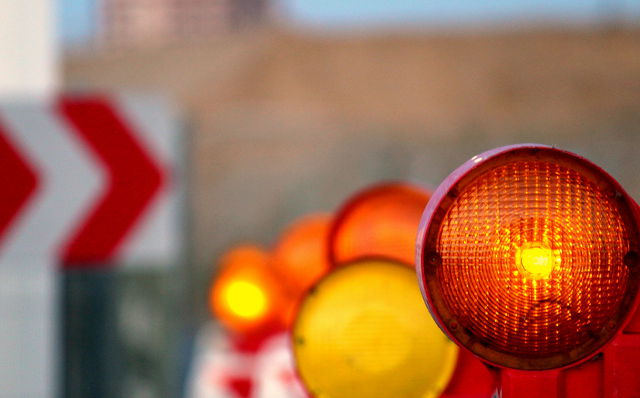 A section of the M27 used by drivers leaving the Red Funnel ferry terminal in Southampton is set to be closed at the end of this month (June) as part of a multi-million pound bridge replacement scheme.

Work to replace the Romsey Road Bridge will see the closure of the M27 between junction three and five from 10pm on 28th June to 5am on 1st July.

Diversion not yet known
Diversion routes have not been revealed yet.

But highway bosses said they are discussing them with stakeholders, to ensure the diversion routes at the end of June will be different from those in place in September last year, when part of the M27 was closed for a weekend to allow part of Romsey Road Bridge to be demolished.

Traffic chaos
At the time Southampton and the surrounding areas were brought to standstill and westbound HGVs faced a 58-mile diversion, driving up as far as Andover and the A303, out to Salisbury and back round to Southampton.

Following that weekend of traffic chaos, drivers urged highway bosses to re-think diversion routes ahead of the next closure of the motorway.

But although the diversion routes for this month’s closure have not been revealed yet, Highways England said the A3057 is expected to remain open to vehicles and pedestrian traffic, unlike the first closure.

“We’re still planning for a closure the weekend of 28th June. There is always a little uncertainty over closures such as these due to weather other unplanned circumstances.

“The closure is 10pm Friday until 5am Monday morning, although we are hopeful of opening early if we can.We are also discussing alternative diversion routes with stakeholders, so these could be different from the last closure in September last year. We will disclose more details when we can.”

Delays to work
As reported the motorway was set to be closed at the end of April but the closure was cancelled due to “unforeseen ground conditions”.

The work is part of a £19m scheme to knock down and replace the Romsey Road Bridge which carries the A3057 over the M27 between Upton and Nursling.

It comes after the highways bosses found the bridge had cracks in the concrete beams. The new bridge will have a lifespan of 120 years.

Another closure of the M27 between junction three and five is expected between 18th and 21st October.

The project is set to be completed in January 2020.