Legally maintaining access to your Rights of Way (part two)

Thomas shares detail on the process. 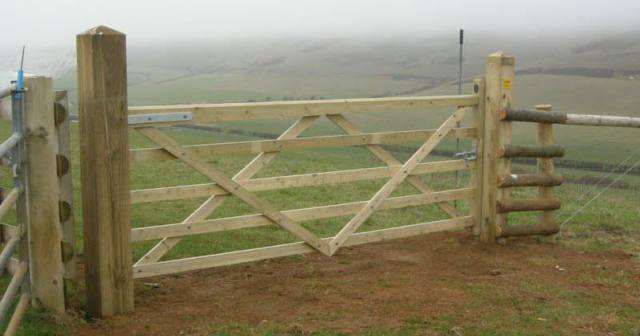 On Monday, we featured Part one of a series of articles by Thomas Cowley on how to legally maintain access to your Rights of Way. He continues now with part two. Guest opinion articles do not necessarily reflect the views of the publication. Ed

Putting the process into practice
So, would it work? I decided to initiate proceedings on a byway with a recently installed narrow gate, on the basis that it would be the easier of the two to get resolved.

On 13th November I completed Form 1. This should be addressed to the Chief Executive of the Council. You need to state who you are, request that the obstacle be removed and then outline the details of the right of way and blockage.

You also need to state when you encountered the blockage and also who you think might be the owner of the land. (see below)

The council then gets a month to complete Form 2 which outlines the blockage to the landowner.

Form 3 is returned to you, outlining on who the notices have been served.

You’re then in a waiting period. The IW Council didn’t manage to get Form 3 back to me until 30th January 2012. The Form 3 from IWC states to me that the blockage should be removed within 28 days of the date of the notice.

No matter the variance between the IWC’s actions and the Rambler’s suggested timescales, what happened was the 4’ gate reported in November, was replaced by 25th February with a 10’ gate.

The whole process was coupled with regular emails to the head of the Highways Department. This keeps them in the loop and allows them to communicate with you, if they wish.

Non-physical blockages
In the course of my communication I have already pushed back on the IWC after being told they couldn’t use the S130 process to remove Bridleway signs on a byway, which could dissuade the casual user.

The S130 process not only includes physical blockages, but it also includes psychological blocks to passage.

This certainly can include incorrect signage, as well as chain and padlocks if they’re draped over gates to give the illusion of a locked gate – remember rights of way should be passable 24/7, not just at the landowner’s convenience!

Form 4 – the ultimate conclusion of a S130 notice
If action had not been taken to unblock the route I initiated proceedings on, what would have been the next step? The next step is to complete Form 4.

On the basis that the blockage should be plain as day and should be clearly objective, not subjective you would be unlikely to lose your request for clearance. Most councils are also particularly adverse to go to court, if they think they are even remotely likely to lose – it’s expensive and looks very bad for the public purse.

Provided your case is clear cut it is extremely unlikely to go to court. Form 4 should get the action you require. If it looks like the case will go to court, take legal advice before taking further action!

Look out for the final part in the series of articles about legally maintaining access to Rights of Way.

I have heard that some of the footpaths surrounding the Ventnor Botanical Garden from Steephill Cove etc have been fenced off? Does anyone know what is happening. Are there plans to re-route them?

Vote Up00Vote Down
missmoppett
All the dismal tale of the case quoted above – Kidner v Herrick etc can be found at http://www.barcroft-gates.co.uk/. Most people regard the eventual judgment as bizarre and absurd in that the landowner should have won an award for spending £40,000 on improving the overgrown footpaths + no walker was ever stopped or blocked from walking through the 20ft wide gates. They were kept permanently locked open.… Read more »
Vote Up00Vote Down