IOW Save Our NHS is one of dozens of campaign groups across England running a letter-writing campaign urging GPs not to sign the new contracts and making the public aware of how the profession will be severely compromised. 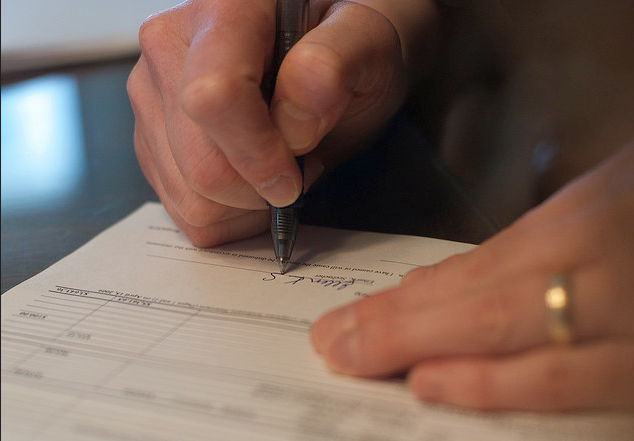 Christine from Save our IOW NHS group shares this latest letter. Ed

Primary Care Network’ contracts are being forced on to general practitioners on the quiet, with no consultation with the public or even the doctors themselves.

Across the length and breadth of England there are dozens of localised campaign groups fighting the privatisation and dismantling of the NHS which continues apace today.

It is being done quietly and stealthily, without any consultation with the public or even the general practitioners themselves.

We understand they will each serve 30,000 to 50,000 patients and operate a system of so-called integrated care imported from the US healthcare company, Kaiser Permanente.

Absorbing care not done in hospitals
The effects of this transformation will be shocking. It forces GPs to absorb some of the work which can’t be done in hospitals because of cuts to hospital budgets.

BMA Members not consulted
Mysteriously, the plan has the support of the British Medical Association — the doctors’ union but without any consultation with its members.

The government says the new system will mean more money for GPs’ budgets, but only if GPs restrict patients’ access to NHS and social care services.

It won’t solve the general practice crisis, which arose after successive governments’ spending cuts led to GPs’ workloads becoming so overwhelming that over 1,000 have quit over the last three years.

Local letter-writing campaign
IOW Save Our NHS is one of dozens of campaign groups across England trying to make the public aware of the forthcoming calamity by running a letter-writing campaign urging GPs not to sign the new contracts and they have sent out letters to all GPs on the Island to explain the ‘hidden’ implications of the new contract.

The group runs stalls, meetings and hands out leaflets and are hoping the public and the GPs will wake up before it’s too late.

Impact of new contracts
Christine Lighbody of  IOW Save Our NHS says:

“This Primary Care Network contract is basically going to make it impossible for most patients to see their own named GP.

“GPs will only see patients with the most complicated illnesses and they will have to spend a lot of time supervising less qualified staff who will have most contact with patients. This really is going to damage patient care.

“It’s not going to be good for GPs either. But the government’s quango, NHS England, is holding a gun to their heads because if GP practices don’t take on the contract, they will be starved of funding.”

“If these contracts are signed,  there will be less access to GPs and patients will be seen by less qualified healthcare professionals.

“GP referrals to hospitals for many treatments will also be a thing of the past as GPs are incentised to GPs have a duty of care and their care is now being restricted.”

Contract deadline
The deadline for signing the contract is 15th May, so many GPs may already have signed it unless they took notice of our letter to them which were all hand delivered on Tuesday 7th May.

And many will sign the contract for fear of losing funding, but we believe the very basis of their profession will be severely compromised as we move towards the introduction of Integrated Care Providers (ICPs) which are based upon the American model of healthcare and its two tier system.

Complete privatisation of our precious NHS is only a few steps away and we will find healthcare being run for profit rather than clinical need as corporate interests take over from a system of equality for all.

Filed under: Government, Health, Island-wide, Letter to the Editor

Our GPs are already having work forced upon them that used to be done at hospitals, this will make it even worse for them and us.

Vote Up14-3Vote Down
Tamara
It is getting harder and harder to get an appointment to see a GP, and when you do, their time is too limited for them to make an informed diagnosis. I have had a series of misdiagnoses in recent years because the doctor has made a snap judgement without asking me questions about my symptoms, and either simply printed out a sheet of information about it or… Read more »
Vote Up14-3Vote Down
oldpm
On so many levels you are wrong Christine. There is no “forcing” it actually empowers General Practice to say NO. The networks core membership are the practice s, it will be they who INVITE other organisations into the network to help transform the delivery of care. Who do you want to be in control … the 16 practices who have ALL got a rating of GOOD by… Read more »
Vote Up3-1Vote Down