Anti-fracking campaigners are asking Isle of Wight landowners to consider the full implications of granting leases to oil and gas exploration companies. 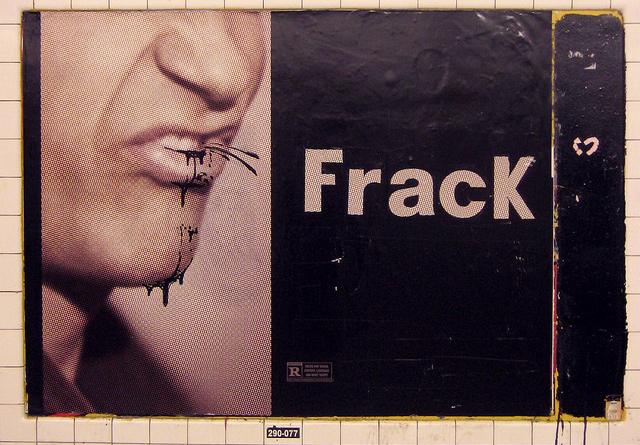 This from Steve Davis of Merstone shares this Open Letter sent to Arreton land owners on behalf of Frack Free Isle of Wight.

UKOG vehemently refute the claims made by FFIOW in the letter below – see their response. Ed

We at Frack Free Isle of Wight are writing to you as we believe that it is possible that you may be in negotiations with an Oil / Drilling company, most likely UK Oil and Gas PLC (UKOG) as they have stated that they are securing a lease with the intention to commence drilling operations on the Isle of Wight near Arreton during 2019.

Frack Free Isle of Wight is a non party political group intent on providing accurate facts and up-to-date information to our community about fossil fuel extraction. Please feel free to visit our Website for further information on a wide range of related topics and links to many other sources of information.

For landowners in current or potential negotiations with oil companies there are several points that we feel it would be useful for you to be aware of.

Gaining a foothold
The PEDL licence held by UKOG for areas on the Isle of Wight allows for both conventional and unconventional methods of drilling and extraction. Unconventional techniques are necessary when the oil is not readily available in underground accumulations and is known as tight oil. These techniques include Hydraulic Fracking and other processes such as Acid Stimulation and Acid Fracking. Methods of this nature are aggressive and have a high potential to cause significant long-term environmental damages especially in relation to the contamination of water sources.

Oil companies are currently keen to disassociate themselves from the term Fracking as it has become a toxic word and a contentious issue. They state that exploration is a conventional method, which is true, but after this initial phase, Appraisal methods and ultimately extraction for Production are very different in execution.  It is very possible for oil companies to start off by stating that they won’t be using unconventional methods such as Hydraulic or Acid Fracking in order to allay fears and gain a foothold in an area.

Could change tack later
Later on they can change tack once they have established a presence and could submit further planning applications towards maximisation of production.

Public concern continues to escalate as more examples are seen of the collateral damage caused by the surface impacts of well pad preparation over as much as two hectares and initial impacts of wellbore drilling.

Terms of NFU insurance amended
In recognition of the scale of risks associated with these types of operations the NFU has recently changed the terms of their insurance cover for landowners who permit any drilling or prospecting operations on their land (with a special mention for Fracking) – see below excerpt from the NFU policy summary.

Environmental Liability
Even with the best intentions, agricultural businesses can cause environmental damage – for example, damage caused by a fire, damaged drains, the run-off from silage clamps or the use of insecticides and fertilisers on your land.

Legislation makes the potential cost of putting right the damage very high, and environmental problems need resolving quickly and sensitively to protect a business’s reputation. We include cover for environmental damage up to £2 million, including costs, as standard.

WHAT IS NOT COVERED

•  Prospecting or extracting liquid or gaseous fuel, including fracking

•  Injury to any employees – this is specifically covered by Employers’ Liability insurance, which is a legal requirement if you have employees.

Heightened risk of fractures and leaks
Long term clean up liability – the decommissioning of drilling and production sites is not an exact science, but there is an agreement in planning permission that land used as well sites must be returned to its ORIGINAL condition once decommissioned and abandoned.

Huge amounts of decaying underground infrastructure is left in place when an oil company vacates a site. In an area of unstable geology like the Isle of Wight there is a heightened risk of fractures and leaks during production and guaranteed risk of leakage once decommissioned.

Land owners will be found liable
The industry admits that all wells will decay and leak long into the future, when the Oil companies have departed or become bankrupt with no legal obligation to even attempt a clean-up if that were possible.

Recent questioning in Parliament of the Oil and Gas Authority (OGA)  and the department of Business, Environment & Industrial Strategy (BEIS) have revealed that it is highly probable that the landowners will be found liable for any damage to, or restoration to original condition of,  land and could face huge costs for clean ups and compensation.

Massive opposition expected
Local and national opposition – it is certain that if a planning application for fossil fuel drilling operations is submitted for a location on the Isle of Wight there will be massive opposition based on multiple environmental, health and economic issues.

The strength of both local and national opposition to opening up new sources of fossil fuels is growing rapidly with consequent increases in the scale and intensity of protests and demonstrations. Additionally, local communities, landowners, organisations or farmers in rented tenancy, will not welcome landowners supporting such industrialisation in close proximity to sites where thriving businesses and livelihoods depend on maintaining pristine agricultural or natural environments.

The legacy of damage to the localities could persist for long into the future especially if precious sources of groundwater are contaminated. Is this something that you truly want to be associated with?

We would be happy to meet with any landowner in this situation and welcome open and free dialog with all parties.

Image: posterboynyc under CC BY 2.0