Letter: Re-scheduled roadworks could be final nail in the coffin for our village’s shops (update)

A small business owner on Godshill says they’re devastated that having made it through lockdown and starting to try and build back some trade, they will now have to deal with disruptive roadworks 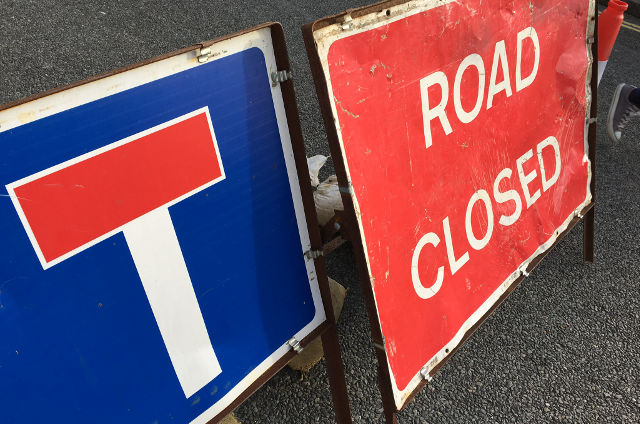 This from a shop owners in Godshill who wishes to remain anonymous. Ed

Update: Since publishing this letter the letter writer has received a reply from Island Roads who say the roadworks have been rescheduled now to start on 14 September.

Can someone please explain the ridiculous timing of roadworks due to start on Church Hollow in Godshill.

The work was originally due to be done before Easter, but is now meant to happen between 21st July and 4th August.

The resurfacing work will be happening during the day and cause an unbearable amount of noise in the village.

It will also mean that there is no access to the iconic church and thatched cottages.

Wightfibre will be working in the area too, so it will be completely shut off.

Filed under: Godshill, Letter to the Editor, Retail, Small Business

7 Comments on "Letter: Re-scheduled roadworks could be final nail in the coffin for our village’s shops (update)"

newest oldest most voted
Tamara
Clearly the person in charge of scheduling works at Island Roads needs to take into account the impacts of their decisions on tourism. Church Hollow is hardly a priority road for resurfacing, but it is very important for tourism. For the sake of the Island’s economy, I’m glad that Island Roads has seen sense and postponed these works. Yet mid September is still within the main tourist… Read more »
Vote Up33-1Vote Down
nyeve

Call me naive, but I fail to see any humour in Jenny Smart’s comment, when businesses of all types are struggling to survive.

It is my understanding that Island Rds is run by people from Mars.

I’ve never really understood the point of Godshill, other than to sell tat to coach loads of tourists from the mainland.

Do I take it that you:
don’t understand the point of pretty villages where people enjoy living,
and that you don’t have a business decimated by the results of COVID_19,
and you don’t see a need for tourists buying tat and increasing the island’s economy,
and that you live in a much better place?

That is not necessarily a bad thing though.