The NSPCC is urging people to join their campaign for action to be taken to help bring a halt to children being coerced and manipulated to live-stream their own sexual abuse. 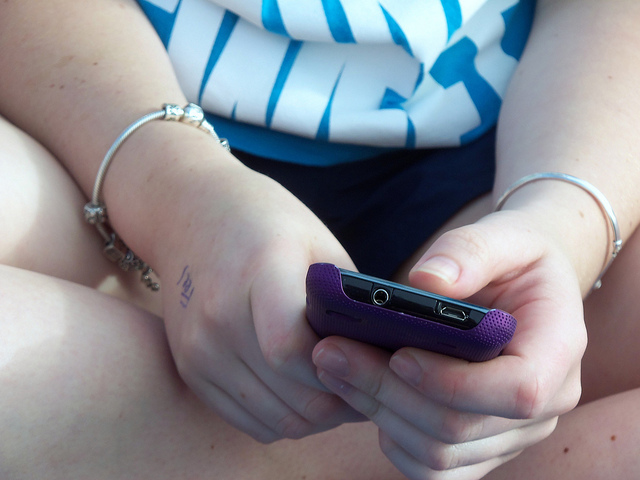 We always welcome a Letter to the Editor to share with our readers – unsurprisingly they don’t always reflect the views of this publication. If you have something you’d like to share, get in touch and of course, your considered comments are welcome below. This from Emma Motherwell, NSPCC Local Campaigns Manager for London and South East. Ed

Modern technology means video is one of the most popular methods of communication for young people to stay in touch with friends and family.

Popular video sites and apps such as Snapchat, Musical.ly and Periscope allow them to broadcast real-time, live video to an audience over the Internet – known as live-streaming. But sadly, as new statistics released by the Internet Watch Foundation (IWF) revealed on Tuesday (15 May), there are risks.

It is truly horrifying to imagine that children are being coerced and manipulated to live-stream their own sexual abuse.

Culture Secretary Matt Hancock is in the process of drawing up an Internet Safety Strategy, but it is expected to bring in a social media safety code which is voluntary in nature and doesn’t include plans to prevent grooming.

As a result the NSPCC’s #WildWestWeb campaign is urging Mr Hancock to bring in a mandatory safety code to regulate social networks to keep children safe online and help prevent grooming.

Add your support
Your readers can join us by sending an email or tweet to the Secretary of State for Digital, Culture, Media and Sport, asking him to bring in a new law to keep children safe online.

More details on the campaign can be found on the NSPCC Website.

In the meantime parents can play a part in keeping their children safe by talking to them about being Share Aware. Information about the the social networks, apps and games children and young people use can also be found via the charity’s Net Aware tool.

Filed under: Island-wide, Letter to the Editor, Top story

2 Comments on "Letter: Social media companies must take responsibility for child sexual abuse on their platforms"

Parents need to step up to this difficult responsibility too.

Vote Up60Vote Down
greatergood
Parents can play a part? Sounds like something you can take or leave. You are deluded if you think that imposing rules on social media companies is going to stop this, remember you are dealing with the worst kind of dishonest, subversive members of society out there. Parents need to step up and take more responsibility, if you don’t understand the technology then don’t let the child… Read more »
Vote Up3-2Vote Down