Letter: This is what we got from our MPs

Peter Geach posed a question at the end of last year asking ‘what we want’ and ‘what we expect’ from our MPs. He finishes the trilogy by sharing his view of ‘what we got’. 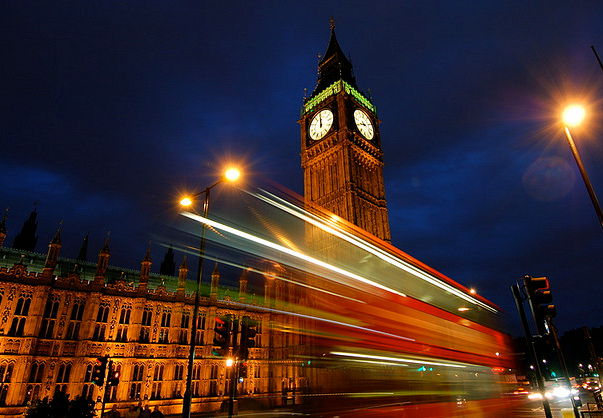 We always welcome a Letter to the Editor to share with our readers – unsurprisingly they don’t always reflect the views of this publication. If you have something you’d like to share, get in touch and of course, your considered comments are welcome below. This from Peter Geach from East Cowes. Ed

This is the third of a triology of questions: what we wanted; what we expected and finally what we got from our MPs.

We got Austerity; even more of it! They can’t turn out Rolls Royces, Jaguars and Land Rovers fast enough, so it’s clear where these austerity measures are falling.

Propping up the bank cost us
When America coughs we catch the cold! Labour were in power when the Banks went bust. It was Gordon Brown who propped up the UK Banks and so prevented financial meltdown, but it cost. He prevented another Greece if you like.

The electorate were worried; Brown wasn’t a popular figure and Blair had lost our trust over the Iraq war.

Big Dave and Gideon came in and said, in effect,

“Look at this mess; we will do our best to clear the deficit in one Parliament, but times will be tough.”

Well, they weren’t able to and times will now get tougher!

Chugging along
I don’t know about you, but when buying a house I took out a 25 year mortgage, which was budgeted for in the annual family income. Provided I didn’t run out of funds and the mortgage lender didn’t go bust, everything chugged along nicely.

With the Labour Government the mortgage lender (the Banks) had gone bust, but fortunately the ‘bank of the electorate’ came to the rescue!

Corbyn gets my vote
Of the Labour Leader contenders, Jeremy Corbyn is the only one not speaking in ‘sound bites’. His vision of a policy is one we can all understand.

And he doesn’t throw a ‘hissy fit’ and slate his competitors; as they do with him.

Investment in the right places
To me Jeremy Corbyn is saying the things I want from an MP:

Investment in Industry, Engineering and Commerce. This will produce growth and quality apprenticeships for craftsmen/women, draughtsmen/women and technicians, and opportunities for graduates leaving university.

If people start throwing nukes around we’ll have had it; except perhaps those living in Ventnor, sheltered by the downs and on the other side of the Island from Portsmouth!

I knew Ventnor had a lot more going for it than I had originally realised!

Image: anotherphotograph under CC BY 2.0

7 Comments on "Letter: This is what we got from our MPs"

newest oldest most voted
Tanja Rebel
Well said, Peter Geach! Corbyn may have been dubbed a “romantic idiot” by our cocaine-snorting Lord, but I would far rather have him than the three other hypocrites become party-leader. I think Lbour has forgotten its roots. Why is is that the term Socialist has turned into an ugly word? What is wrong with working towards the common good instead of this endless privatisation where we are… Read more »
Vote Up00Vote Down
Peter Geach
Todays ‘Right’ has moved far Right. Consequently, ‘Left’ has moved relatively to the centre ground. The traditional Conservative, Liberal-Democrat and Labour parties are now joined by the Greens, UKIP and other groupings having something pertinent to say mainly overlooked by the traditionalist parties. There is now a stronger than ever need for Proportional Representation. It’s the best strategy for everyone to be heard and obtain a truly… Read more »
Vote Up00Vote Down
Tanja Rebel

Absolutely! Proportional Representation is the way to go…

Proportional Representation wont work until a law is passed to make sure everyone eligible MUST vote, with a financial penalty for those who dont bother to turn up and use their vote.

If that happened, it may be that we dont need PR at all.

Interesting thought David.
But the traditional parties are still not adequately covering the issues brought up by the emerging parties and focus groups. Until they do I think Proportional Representation will have a place, probably always will.

Getting back to the main question; what do you think we got from the MP’s?

Seems most people are happy with what we got:
More Austerity, whilst MP’s got a 10% rise. The MP’s priorities: Rebuild the Palace of Westminster and some way down the list reactivate the economy for the benefit of most of the population.
Yes it’s an inequitable life Andrew!

Vote Up00Vote Down
Tanja Rebel
Dear Peter, I don’t think most people are happy with what we have – many are just too exhausted by doing more and more work hours for less and less pay and/or volunteering more and more as our Government is busy abdicating its responsibilities for the vulnerable. I naively thought that we were building up a civilised society in the sense that through our taxes the Government… Read more »
Vote Up00Vote Down