Letter To The Editor: ‘War Chest Claims Without Foundation’

Further to the letter from Cllr Geoff Lumley earlier in the week in which he claimed the council was building a ‘war chest’ by making cuts now and building reserves, upon invitation, leader of the council, David Pugh has responded. In his own words. Ed 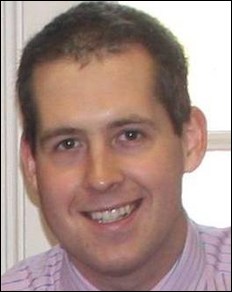 Cllr Lumley’s claim of a “war chest” is completely without foundation.

Over the past few years, the IW Council has been increasingly transparent about its preparation for the budget process and the delivery of savings throughout the financial year. This has included quarterly updates on the financial position, along with a mid-year review in September. This process has allowed all councillors to understand where the pressure points are and furthermore what the possible consequences are of not addressing them.

During 2010/11, the Council highlighted a number of areas which could be at risk of a significant overspend, particularly due to unforeseen demographic pressures. By highlighting these early on in the financial year, the Council was able to take proactive steps – including a number of strict financial controls – to ensure that the Council did not see an overspend in overall terms by the end of 2010/11. This early intervention not only addressed the overspend, it also meant that the outturn position led to an overall underspend.

The Conservative administration considers this to be an indication of sound, transparent and robust financial management, in order to ensure that the council finances remain in a healthy and sustainable state. This is in contrast to recklessness of uncontrolled spending which the Labour Party became famous for during their years in government. It is therefore little wonder that Cllr Lumley fails to acknowledge the significant achievement of the Conservative administration at County Hall in more than addressing the significant potential overspend they faced. Spending control is simply not a phrase in the Labour Party dictionary, as the structural deficit of this country shows.

Cllr Lumley has shown an increasing unwillingness to face up to the reality of the debt crisis which his own government created. His budget proposals for 2011/12 sought to put off the difficult decisions for another year – despite the fact that the spending reductions were carried forward each year. His plans to use reserves to kick the budget challenges into the long grass were the height of irresponsibility. His penchant for deferral was reflected in his proposal at last month’s Full Council to put off the development of possible budget options for a further few months. In contrast, we are beginning the work now, and in earnest, to ensure that we have fully worked up and viable proposals for consideration in the budget setting process in February 2012.

It is also misleading for Cllr Lumley to infer that an overspend or an underspend would have significantly affected the spending reductions we needed to make in 2011/12. Irrespective of whether we had an outturn position of an underspend or an overspend, we would still have been facing a budget gap of over £17m between the likely level of income and the projected level of expenditure if no changes were made.

We will continue to take all the necessary steps, at the necessary junctures, to ensure that the Isle of Wight Council faces up to its ongoing budget challenges – as we promised to do in our 2009 election manifesto.

This is at the same time as delivering a key element of our manifesto – a two year freeze in council tax, thanks to additional funding from the Coalition Government.

Filed under: Budget Cuts, Island-wide, Isle of Wight Council, Letter to the Editor

21 Comments on "Letter To The Editor: ‘War Chest Claims Without Foundation’"

I prefer to believe the words of Cllr Lumley more than Pugh’s. Pugh has shown himself to be mistaken and untrustworthy on so many issues, I find it extremely difficult to believe anything he has to say anymore, including this statement which was probably written and thought up by somebody in the back office.

Vote Up00Vote Down
Stephen
So Pugh claims ‘Cllr Lumley has shown an increasing unwillingness to face up to the reality of the debt crisis which his own government created.’ So the policies of the previous Government have caused the American economy to go into free-fall plus the world wide problems caused by the Greek fiscal difficulties. By the way which merchant bank ‘prepared’ the Greek Government accounts to pave the way… Read more »
Vote Up00Vote Down
Colin Pope

I don’t believe Councillor Pugh would lie he just got in with the wrong crowd.

Vote Up00Vote Down
Wight Essence
“This is at the same time as delivering a key element of our manifesto â€“ a two year freeze in council tax, thanks to additional funding from the Coalition Government”. This bit of spin is a carbon copy of Cameron’s spin and fails to point out the freezing of Council Tax only benefits the wealthy and those who pay the highest tax rates. It does nothing, or… Read more »
Vote Up00Vote Down
Asite2c

Every time I see the above photo it gives me the creeps. I keep seeing a boyish looking Pugh, morphing into Cameron.

The same tiresome targeting of the last government. No doubt the impending new recession/depression will be the fault of the coalition government using your logic Cllr Pugh ?

As a graduate of the London School of Economics may I suggest its time for Cllr Pugh to complete his own education ? Choking off demand unnecessarily in any economy, national or local, is just plain stupid.

We must get one fact straight. When did he graduate from the LSE Geoff? I had thought he failed to complete two degrees elsewhere?

Sorry Geoff, I had no idea. With a proper qualification like that, you should be running the council :)

Please stop publishing that awful photograph – it quite put me off my kippers this morning.

I doubt whether the policies of this Tory Council would be any different even if they were awash with money. Cutting public services and selling public assets are a part of their unworkable and failed ideology.

Even if they had a surplus, it would probably have been used for council tax cuts instead of investing in good public services.

Me thinks he doth protest too much.

Vote Up00Vote Down
playingthenumbers
Cllr Pugh, dreadful commercial decisions by financial institutions who were aided & abetted by biblically bad political leadership globally is what caused the financial crisis. It wasn’t just a piece of local trouble in UK and the seeds of it were sown decades ago. However I am pleased you cared to raise the subject as previously when the financial crisis was mentioned to your colleagues & what… Read more »
Vote Up00Vote Down
No.5
David, David, David…did you get clearence and have this ‘open letter’ checked….surely you have learnt that your best weapon is silence by now. You have laid you councils failings open to even more inspection and as the person who is personally making these claims ( in your ‘open letter’) will be the one personally left open to bearcthe brunt of your errors. This line alone “Cllr Lumley… Read more »
Vote Up00Vote Down
Stephen

Surely the debt that Pugh speaks of is the National figure and not that of the IoW.

Unless poor Pugh has had nightmares in which Geoff Lumley was leader of the IoW Council whilst Pugh was leading a tiny minority opposition!

Think the Boy â€“Pugh has Cameronituss.
Never worried about the mortgage or the next fuel bill.
Give away the Islands public assets to their chums and blame it on someone else.
Must look after their pensions too â€“ far more important than public toilets for the masses.
How much more can the Island take?

Vote Up00Vote Down
Steve Goodman
“Cllr Lumleyâ€™s claim of a â€œwar chestâ€ is completely without foundation.” (We are not calling it that in public?). “the IW Council has been increasingly transparent” (We are slightly less secretive?). “the delivery of savings”(Our policy of destroying your services & jobs without charging you less?) (Although we were not very transparent about the savings we made by slashing the spending on road maintenance, or about our… Read more »
Vote Up00Vote Down
adrian nicholas
After reading and re-reading David Pugh’s reply, the external financial inaccurrate factors quoted, and the hubris of the reply, i note that the substance of Geoff’s observation budget forecast and actual underspend statistical own IWC figures -remains unchallenged by David Pugh to any specific reference to the actual figures, and further , the reasonable question raised by Geoff as to whether the money is being used for… Read more »
Vote Up00Vote Down
Asite2c
To save money, Wiltshire County Council have just got rid of their high paid executive. If the IOW Council followed their example and got shot of Benyon, then there would be no excuse for the Council to proceed with this shameful decision of raising the rent of the Riverside Centre. I would like to see Andrew Turner speak out on this issue, especially as his office is… Read more »
Vote Up00Vote Down
Steve Goodman

“I would like to see Andrew Turner speak out on this issue, especially as his office is now situated at the Riverside Centre.”

A possible four word response was helpfully provided by the council leader to Andrew’s partner.

(Pugh Tube, if a reminder is needed).

May we assume that Andrew will attend the meeting for those interested, at the Centre on Wed. 12th at 5.30pm?