Peter’s wondering if the, er … dejecta from the Yachts moored up in the Medina are the cause of what he calls the ‘East Cowes Pong’? 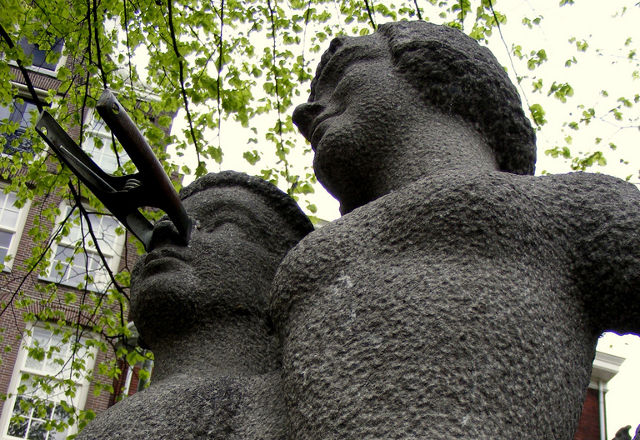 We always welcome a Letter to the Editor to share with our readers – unsurprisingly they don’t always reflect the views of this publication. If you have something you’d like to share, get in touch and of course, your considered comments are welcome below. This from Peter Geach from East Cowes. Ed

We used to be officially informed the ‘East Cowes Pong’ was due to rotting seaweed, but the seawater was safe to bathe in. Strangely the ‘Pong’ was always more acute after the Yachting Regattas!

Southern Water have recently put in a new sewage system, taking raw sewage out of the River! He-Presto no ‘Pong’! Except that now we are getting into the Yacht visiting season, the ‘Pong’ has returned! Quite strong the last couple of days.

Coincidence, or is it the Yachties ‘dumping’ in the river? We will know for sure after August Week! If so how will the Harbour Master monitor and apply sanctions?

We hear a lot about ‘Dog Poo’, but until now nothing about ‘Yachties Poo’, which is totally avoidable. Mind you being ‘dumped on’ by the toffs isn’t an entirely new experience!

Image: jojakeman under CC BY 2.0

Filed under: Letter to the Editor

12 Comments on "Letter: Are Yachties causing the ‘East Cowes Pong’?"

The Medina river has been grossly polluted for many years the presents of Escherichia coli prevented the taking of Bivave molluscs for many years in laymans terms this means the river was or maybe still is full of excrement.

There has been a general stink over the Island for the last couple of days- could be the mix of a easterly wind and ships moored out in St. Helens Roads “pumping tanks’ -in all senses of the phrase!

“We’re all in it together” remember ?

It can’t be the ‘yachties’ as from what I believe there s*** doesn’t stink :)

Vote Up00Vote Down
Paul Gould
I was swimming with my daughter on Foreland beach and we both noticed strong pong coming from over the sea. Wind direction was from the SW and it was a falling tide so may have been coming from the sewage discharge off Ventnor. Know what, not a yacht in sight. Can’t explain the smell in the Medina but most big yachts have holding tanks and step ashore… Read more »
Vote Up00Vote Down
Darcy

Very likely. The poor water quality and smells pervading Bembridge is nothing to do with dog waste or run off from fields or broken sewage pipes as the EA claims. More to do with discharge from holding tanks in tankers anchored in St Helen’s Roads, rotting seaweed and discharges from visitors and houseboats in Bembridge Harbour. Or is that too simpler an explanation?

Which Government Agency is responsible for monitoring seas water quality and discharge from ships?

And do they have the personnel and equipment to do more than put on a show?

Vote Up00Vote Down
Darcy
The answer may be as below taken from the NHS site… but doesn’t say anything about discharges from ships or boats… http://www.nhs.uk/Livewell/Healthyholidays/Pages/Cleanseas.aspx Why are coastal waters affected by faecal contamination? “Direct sewage discharge, sewage from stormwater overflows and sewage running off from streets and farmland (often through streams and rivers) can all affect the quality of coastal water,” says Thomas Bell, coastal pollution officer for the Marine… Read more »
Vote Up00Vote Down
Darcy
Fred The direct answer to your query would appear to be the EA as I first thought. This from the following website. http://www.britishmarine.co.uk/other/environmental_code_of_practice/key_issues__solutions/boat_washdown.aspx If you want to discharge sewage or trade effluent directly into surface water, such as rivers, streams, canals, groundwater or the sea you will almost certainly need to apply for a discharge consent or ‘consent to discharge’. By issuing and reviewing consents, the Environment… Read more »
Vote Up00Vote Down
Darcy

Vote Up00Vote Down
Luisa Hillard
I can only provide my personal opinion on this. In my experience the smell has always been worse after Cowes Week, so I have suspected that yachting events may be partly responsible. However, I am aware that Cowes Harbour Commission offer free pump-outs to try and tackle this. What I’m fairly certain of is that raw sewage has been leaking into the river/sea in East Cowes due… Read more »
Vote Up00Vote Down
Michael Douse

Raw sewage in the river/sea!
Who on the Isle of Wight Council is responsible for Southern Water’s contract to manage the safe disposal of our sewage?
As Council Taxpayers we have no choice in the provision of our drinking water or the disposal of our sewage.
There must be specific checks and balances to protect us. What are they?