Party members will hear each candidate’s vision for the Isle of Wight and make their choice of Prospective Parliamentary Candidate. 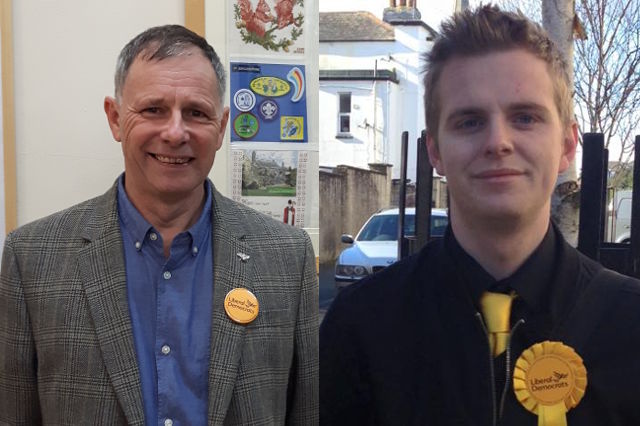 Parliamentary hopefuls will be battling it out on Saturday (7th September) as members of the Isle of Wight Liberal Democrat Party choose their favoured candidate.

A spokesperson for the IW Lib Dems said,

“The Island now has two approved prospective parliamentary candidates and, given the current political turmoil, the party has a contested selection on Saturday.”

The two approved candidates are Nick Belfitt, the former Parliamentary candidate and Nick Stuart Chair of the Isle of Wight Liberal Democrats.

The party spokesperson went on to say,

“Both will be putting forward their ideas for the Island. A vision for the expanding local membership and Islanders, for the centre ground of politics, and to become the next Liberal Democrat candidate following former Liberal Democrat MPs Peter Brand and Steve Ross.”

Please for the love of God consult with your fellow opposition parties and agree to field only one candidate. I don’t care who it is but don’t waste everyone’s time splitting the opposition vote to hand the seat to the unmentionable incumbent.

Absolutely. Neither of these or a Green will do anything but undermine the only real challenger. Subject that is to there being the right Labour candidate seeking to improve on their very clear second last time.

Vote Up7-15Vote Down
Rowan
Agreed Labour came second last time. But that doesn’t necessarily mean Labour is the best hope for non-Tory voters. I’ve often voted Labour in the past, and would do so again given a good chance of winning and the best local candidate. But we have a superb Green candidate here as well. And I really am tired of seeing this entitled attitude of many (not all) people… Read more »
Vote Up8-3Vote Down
Geoff Brodie

Rowan. I am not a Labour member. Just a realist, provided Labour don’t select the wrong candidate.

As much as I don’t want the current MP returned I don’t think manipulation of candidates fielded by collusion with other parties is the right or moral thing to do. It restricts the choice of the voters.

I tend to agree, but also feel that desperate times may call for desperate measures – I really don’t know what would be best. But I’m not prepared to vote for any candidate who doesn’t support (and whose party doesn’t support) a fairer voting system, because it’s the first-past-the-post voting system that has put in this terrible dilemma.

I think we will all find ourselves between a rock and a hard place unless you are a dyed in the wool at either end of the spectrum!

Vote Up1-1Vote Down
Rowan
Agreed – but the dilemma is then that people will feel they aren’t being given a democratic choice. And deciding who stands down is even harder, because until we actually vote we don’t really know who has the best chance of winning – just because people voted one way back in 2017 or earlier that doesn’t mean they’ll vote the same way again. And this would probably… Read more »
Vote Up7-2Vote Down
Geoff Brodie

Be careful what you wish for. I am sympathetic to reforming the electoral system, but remember – pure PR facilitated the rise of the Nazis in 1930s Germany.

Is the one on the right old enough to vote?

I do agree that the opposition parties should combine resources to challenge the present appalling incumbent. Geoff should encourage his Members to stand aside and support the Liberal Democrats as they are the only real, electable, alternative.

After their last showing you are kidding right?