Life of Island Cabbie Part One

First part of the background on Isle of Wight Taxis.

We hope you’ll join us in welcoming another new contributor to VentnorBlog. Anthony Greenman makes his living driving a taxi on the Isle of Wight. We thought it would be interesting for him to share his experiences as a Island taxi driver and shed some light on how the pricing structures work. Here’s the first section. Ed 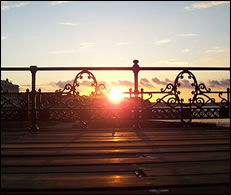 Imagine – back in the early 1970’s you had to queue up on Ryde Taxi Rank to get a taxi? I am not talking about 3am in the morning but 3pm in the afternoon.

The Sealink ferry, packed with holidaymakers enjoying refreshments and a cigarette — all part of the holiday experience before even arriving at Ryde — standing up on the wooden deck, enjoying fresh air and the sunshine. None of your health and safety then.

Coaches were banned from coming over the the Island in the late 60’s and early 70’s, so Isle of Wight public transport had a near monopoly on transporting holidaymakers all over the Island. Of course, many more holiday camps were around then.

I have only been driving a taxi myself for five years but I’ve gathered this information from lengthy discussions with fellow drivers that have been doing the job more years than I could imagine.

The good old days
Massive queues on Ryde Taxi Rank and the prospect of earning up to £20 a day in early 1970’s made taxi license plates hard to come by. The average retail worker was probably earning that in a week and some of the Island’s taxi drivers were earning this in just one day. 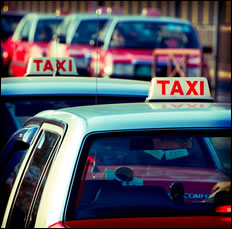 Could this be part the reason why we have an unusual taxi tariff system here on the Isle of Wight?

The Isle of Wight council set the taxi tariff rates and they are reviewed annually, taking into account many things like the price of fuel, cost of vehicles, average Island wage, average journey distance, cost of insurance – you get the picture.

“How much”? I hear VentnorBlog readers cry!

I am not trying to justify what the council allow us to charge the general public but in the pre-unitary authority days, when Medina Borough Council and South Wight Borough Council dictated the taxi rates, I would imagine if a typical taxi driver could earn a weeks wage in just one day in the early 1970’s, why bother entertaining late night work, if you have already earned a great wage by 5.30pm?

5 Comments on "Life of Island Cabbie Part One"

An interesting read, look forward to the next part. I bet you’ve seen a thing or two in your time as a taxi driver Anthony.

Vote Up00Vote Down
graham
hi I drove a taxi on saturdays and wednesday evening,out of Shanklin station in the late 70s early80s we got 4 fares a train 4 trains an hour,can safely say it was a nice little earner,we all hated a fare to Ventnor as it was to far and took to long i did it for 3 years,We picked up on sat mornings was busy fro 7 onwards… Read more »
Vote Up00Vote Down
rob
I have often thought taxi prices are very high after midnight here, but bearing in mind no university or weekend sporting events and the fact that the isle of wight seems to only have one busy night a week{saturday} i am surprised that a lot of taxi drivers manage to make a living over here, id imagine after taking into account the costs of running a cab… Read more »
Vote Up00Vote Down
caulk-ed

I’m not sure if I have mis-read this Tony, but if it is a mistake I would like to clarify the rates.
Between 8am and 10 pm we charge single rate, between 10 pm and midnight we charge time and a half, between midnight and 6 am we charge double time and between 6 am and 8 am it is time and a half. :)