Many bee species risk extinction: Action needed now to save them

With 17 species of bee now found to be extinct the head of the Wildlife Trust says we urgently need to increase the space for nature – making our homes, gardens, farms and wider countryside better for bees 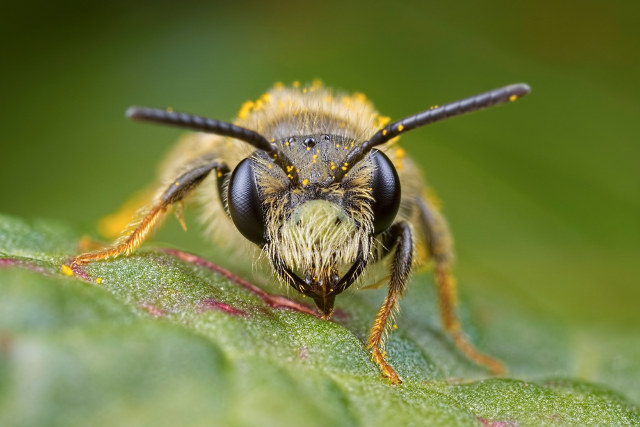 Making space for nature is the best bet for bees – Hampshire and Isle of Wight Wildlife Trust responds to new research showing many bees are on the brink of extinction.

On World Bee Day, a new report from WWF and Bug Life has revealed that many bee species risk extinction and some have already been lost.

17 species now extinct
Of 228 species examined, 17 species were shown to be extinct , 25 types were threatened and another 31 of concern.

“Bees should be considered man’s best friend.  It is not an exaggeration to say that without them we are all lost. We depend on the services of these industrious insects for the food on our plates and the plants in our fields.  Yet pollution, intensive agriculture, habitat loss and the climate crisis are all now making it difficult for these pollinators to survive.”

18 rare bee species on the Island
She went on to say,

“We are fortunate to be able to still see some of the rarest bees on our nature reserves.  At Martin’s Wood, Newchurch for example, we have seen 18 different rare bee species, including several types of mining bee as well as an unusual yellow-faced bee and the cuckoo bee which, like its bird namesake, has a reputation for laying its eggs in the nests of other bees and using the pollen stores found there to feed their young.

“Whilst we are proud of being able to offer refuge to these fascinating insects, we know that nature reserves alone are not enough.  We urgently need to increase the space for nature – making our homes, gardens, farms and wider countryside better for bees and people.

“Our vision for a wilder Wight calls on governments, landowners, developers, communities and individuals to all play a part in creating a wilder future – for all of our sakes.”

2 Comments on "Many bee species risk extinction: Action needed now to save them"

newest oldest most voted
charlest
I thought the road verges were only going to be cut once a year to save money with the advantage it would help the bees and other insects but I see great banks of wild flowers are being cut back now rather than in the autumn. The greenness of the Island is one of the reasons tourists come to visit and we should be looking after what… Read more »
Vote Up220Vote Down
elemental

Verges & hedges on cross country footpaths were being strimmed back in the days before Walk The Wight was held yet RSPB & other conservationist advice states that hedges & trees be left during March to September due to birds nesting.