Massive rise in use of foodbanks: Government urged to provide stronger lifeline

UK food banks report busiest month ever, as coalition urgently calls for funding to get money into people’s pockets quickly during pandemic 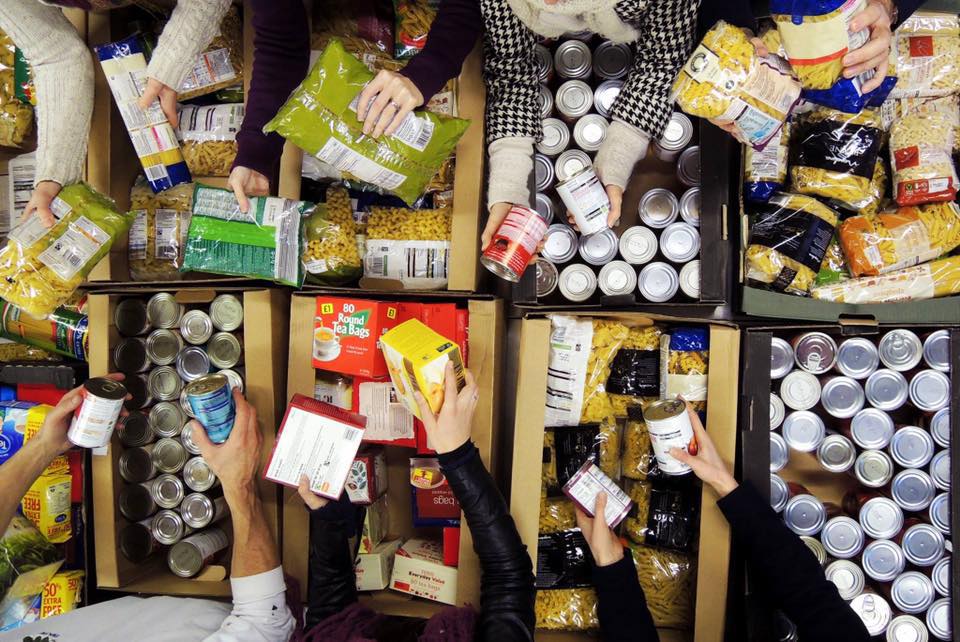 Double the number of parcels for families
The figures include a 107% increase in parcels going to children compared to last year. The number of families with children receiving parcels has almost doubled compared to the same period last year.

Independent food banks are seeing similar increases, with IFAN reporting a 175% increase in need for emergency food parcels given out in the UK during April 2020 compared to the same month last year.

Call for Government to provide stronger lifeline
A coalition of charities, including the Trussell Trust, IFAN, Child Poverty Action Group (CPAG), Children’s Society, Joseph Rowntree Foundation (JRF), StepChange and Turn2us, is urging the government to act quickly in providing a stronger lifeline to people to prevent many from being swept into destitution.

Measures brought in by the government, including the Coronavirus Jobs Retention scheme, the Self-Employment Income Support Scheme and changes aimed specifically at people on low incomes, have helped some people stay afloat. But these new figures warn far more people are needing food banks’ help than this time last year, with little sign of slowing.

With these schemes set to wind down over the coming months and other measures proving to be insufficient, the charities say further action is urgently needed to ensure no one is left behind during this crisis.

Enough funding for local authority support
The coalition says a first step should be to make sure local authorities in England have enough funding to provide emergency cash grants so money can be put directly into people’s pockets quickly.

An increase in funding to local authorities in England would help bring the government response on this type of support closer to that of Scotland, Wales and Northern Ireland.

Revie: Unprecedented increase of those in need
Chief executive of the Trussell Trust, Emma Revie, says,

“We have been seeing rises in food bank need for the past five years but this 89% increase – with the number of families coming to food banks doubling – is completely unprecedented and not right.

“People need to be able to put food on their table. The government must put urgent support in place to ensure people already struggling to keep their heads above water can stay afloat.

“We have outlined what we need our government to do – it’s in our power to protect one another, we’ve seen it during this health crisis, and we need it to continue during this economic one.”

“Our food bank figures paint a grim picture of what is unfolding across the UK and the numbers of people having to resort to emergency food parcels to survive. But the solution to the escalating food insecurity crisis has never been the provision of charitable food aid.

“Everyone needs to be able to afford to buy food and the bare essentials. Our joint call details how this can start to be achieved and we urge the Government to act swiftly and decisively to reverse this devastating trend.”

“Today’s figures are grim.  No parent wants to depend on charity to feed their own child, but it is clear that food banks are becoming the only option for a growing number of families whose finances have all but collapsed because of Covid-19.  Struggle is turning to real hardship.

“The Government has quickly put in place unprecedented and very welcome schemes to support family finances in the wake of Covid-19, but too many households are falling through the gaps.  An uplift in children’s benefits should be the priority now to shield children from poverty and its lifelong effects.”

“It’s a tragedy that double the number of families are having to rely on foodbanks to feed their children, and a situation which could be prevented with more action to stop children from going hungry.

“The Children’s Society wants to see significant extra investment in local welfare assistance so councils can provide much needed emergency support. We recently found more than half of councils (63%) were forced to reduce spending on these schemes between 2015 and 2019 yet more people than ever need the help they can provide.

“No child should face destitution as a result of this pandemic. The Government must step up and protect vulnerable children and families.”

“It’s just not right that the number of families turning to food banks continues to climb so steeply. We all want to help each other weather this storm, but these figures show the government support provided so far is still not providing a lifeline to families in crisis who are not able to afford the essentials.

“As a rapid first step, increasing funding to councils for emergency cash grants would provide a lifeline to those most at risk of hardship. Alongside this, we need emergency investment in the social security system, such as targeted benefits to families with children, to prevent more families from reaching crisis point as we continue to weather the storm.”

Stevenson: This must be the catalyst for the government
Welfare benefit expert at Turn2us, Anna Stevenson, says,

“Foodbanks do a fantastic job getting immediate practical support to people in their communities, however it shouldn’t be left to charities to do the job our social security safety net should be doing.

“The coronavirus has affected so many of us financially, this must be the catalyst for the government to build upon the steps it has already taken to make sure everyone can afford to put food on the table and not just survive, but be able to thrive.”