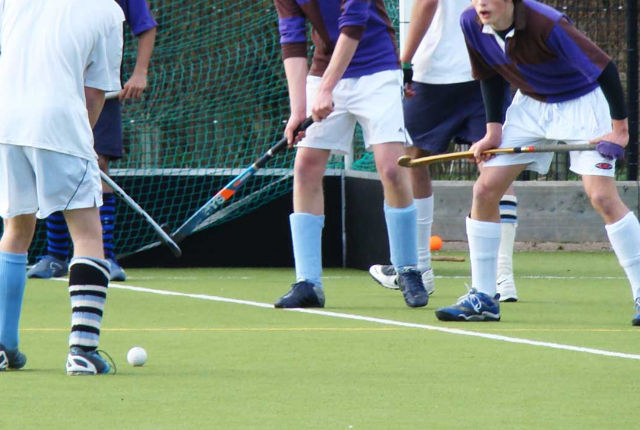 Men’s 1st XI vs Havant 4 (home) – 4/1
The Island 1st XI put into practice what they had learnt from their previous outing, showing that they were quick learners and able to adapt. Havant thought they’d travelled for an easy win, but the Island soon demonstrated that they weren’t just going to roll over after soaking up a lot of pressure early on.

The Island against the flow of play secured their first goal after Wightlink Man of the Match Tom Turney converted a penalty corner, this was followed up with a second when Steve Woodford finished off a flowing move down the left after great build up play from Patrick Butt, Tomaz Turjanica and Joe Arnold. Havant capitalised on a loose ball late in the first half to pull one back, but they were clearly rattled.

The third goal came after Tom Turney latched onto the ball after beating the keeper, rounding him calmly to put the Island in a commanding position going into the second half. The Island then put in 35 minutes of hard work and a sterling team effort which was rewarded when Tom Turney got his hat-trick after the island built from the back with slick passing from Lewis Heaven-Gandy, Peter Wright and Alex Breach.

Havant finally reached boiling point when they had two players sent off in quick succession for dissent. The Island had done sufficient damage in the first half and held firm for the remainder of the match despite some of the squad suffering a few blows from the ball.

Wimborne Wayfarers 2 vs Men’s 2nd XI (away) – 2/9
In the pouring rain the Men’s 2nd XI took to the field against Wimborne Wayfarers looking for their first win of the season after two disappointing results so far. The team got off to a fantastic start with great interchanges between the forwards of Johnny Kirby and Thomas Young with excellent support from the midfield of Aaron Edmunds-Lamb, Ethan Edmunds-Lamb, captain Mike Dodds and Steve Holbrook.

However this did not transfer into goals straight away as, as per the last two games, chances were not being put away. Yet as it seemed that it was going be another one of those weeks the Island finally broke the deadlock with Thomas Young firing at goal with Johnny Kirby getting the final touch on arguably a goal bound shot.

The joy didn’t last long as Wimborne almost immediately equalised with a rare foray into the Island’s D. This galvanized the team and they were unlucky not to take the lead when an Aaron Edmunds-Lamb strike was disallowed when Ethan Edmunds-Lamb was adjudged to have used the back of the stick in the build up. However the Island did go ahead through Thomas Young and doubled the lead just before half time through a Mike Dodds strike for a 3-1 lead. In truth it should have been considerably more.

The second half the saw Island set about trying to improve the score line. Charlie Randerson and veteran Island World Cup star John Pearson gave fresh impetus, underpinned by an excellent defensive performance from Pete McKnight, Steve McKnight, Archie Clark and the impressive Will Bevan. The returning Lewis Wells in goal, in truth, had little do. Chances came thick and fast for the Island though, with a flurry of goals being scored.

Both Thomas Young and Johnny Kirby completed hat tricks whilst Aaron Edmunds-Lamb was in the right place at the right time to sweep the ball home for a much deserved goal. Wimborne Wayfarers did 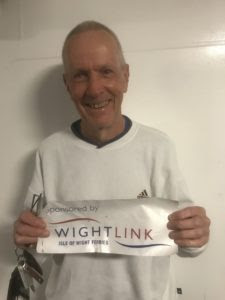 pull a goal back in amongst the goal frenzy, however the game’s defining moment came very late on when Mike Dodds landed an aerial into the D where John Pearson was on hand to slot the ball home to score his first goal in almost two decades.

At was for sure a real “I was there when…” moment and brought about astonishing scenes at the pitch as John Pearson was mobbed by the entire team. 9-2 the final score, a superb effort from the whole team. Wightlink Man of the Match was John Pearson for rolling back the years with his well taken effort.

Basingstoke 7 vs Women’s 3rd XI (away) – 1/6
The Ladies 3s were away against Basingstoke in very wet conditions. The first ten minutes of the game were quite even as both sides settled into their stride . After several unsuccessful attacking short corners the deadlock was finally broken when Megan Turner picked up the ball in the middle of the pitch and weaved past several players to slot home the Island’s first goal.

They kept up the pressure on Basingstoke with more short corners and both Amelia Parker and Alice Aldridge-Snell were unlucky not to score at the far post consecutively just missing out.

The Island came out in the second half determined to convert more of the chances they were creating with Lottie Green and Amber Wilmott working hard to disrupt the opposition’s midfield. Their pressure paid off when the ball fell to Alice Aldridge-Snell who swept it home . With their confidence high the pressure was kept up with a third goal for the Island this time Lottie Green being rewarded after several short sharp passes into the D.

One or two breaks by Basingstoke kept Tia Shutler in goal on her toes. One of those breaks caught the Island defence napping and Basingstoke were able to send the ball up to their player who was goal hanging the whole game, despite Tia Shutler diving spectacularly she smashed it home for their only goal.

Woken up by that surprise attack the Island’s ladies rallied and were awarded a penalty flick. Captain Cathy Somekh stepped up to take it but was denied by a fantastic save by the Basingstoke’s goalkeeper who pushed her shot up and off the crossbar. Encouraged to push forward Katlyn in her debut game was determined and strong in mid field, backed up by Vicki Brodowska and Beth Branson in defence.

The Island’s pressure was rewarded when Amber Wilmott was able to pick up one of Amelia Parker’s fantastic crosses into the D and slot it home, swiftly followed by her second goal nudging the ball over the line to get the Island’s sixth goal. Player of the match was Cathy Somekh.