Attending the Lord Mayor’s Show will be a great honour for the Isle of Wight’s Medina Marching Band, but travel and accommodation will be a hefty cost for the 70+ band members taking part. Look out for how you can show your support. 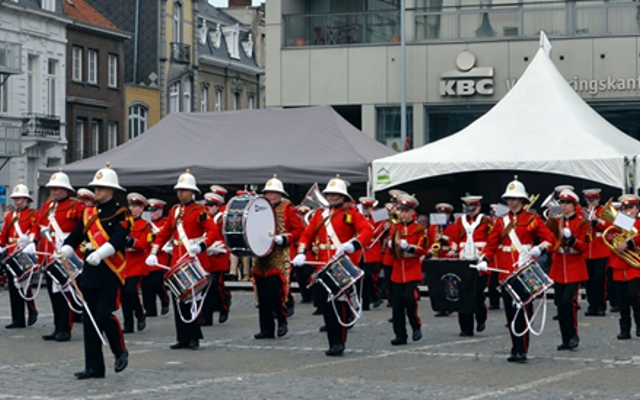 Kevin shares this latest news on behalf of the Medina Marching Band. Ed

Medina Marching Band Isle of Wight have this week had the great honour of receiving an official invitation to take part in the 2019 Lord Mayor’s Show London on Saturday 9th November.

The Lord Mayor’s Show is one of the best-known events in London as well as one of the longest-established, dating back to the 16th century. The Lord Mayor’s show is centred on a street parade which in its modern form is a light-hearted combination of traditional British Pageantry and elements of carnival.

The procession from Guildhall via Mansion House and St Paul’s Cathedral, in the heart of the City of London, to the Royal Courts of Justice on the edge of the City of Westminster, where the new Lord Mayor swears allegiances to the Crown.

In great company
The band will line up amongst some of the world’s best military bands such as HM Royal Marines, The Royal Air Force, The Guards Division, and The Household Cavalry Mounted Regiment Band to name just a few.

The show is also broadcast live on the BBC at 11am.

This is a great experience for every member of the band not only to perform at but also to represent the Isle of Wight in what is such a prestigious event.

Fundraising events to come
We will be taking a band of 70+ players, The only draw-back is we do not receive any income from the organisers of the event so the band has to cover 100% of the cost of two coaches and travel on and off the Island and an overnight stay so that we can arrive on time before the streets of London are closed, so over the next six months we will be actively fundraising and seeking help from any local companies or individuals that could help with our travel expenses.

Show your support
As the band is totally self-funded this is going to be a big additional cost for the year but something, we all want to take part in and with a little bit of help we will get there.

We have a banner which is carried at the back of the band which we will display the name of those that give us help towards helping us get to London and will be seen throughout the summer at the various gigs we perform at on the Island and Mainland and of course will be on full display for all to see at the Lord Mayor’s Show in November.

Watch out for information about fundraising events in the coming weeks or check our Website.