There’s many a great night out been had at Ryde Theatre when it was a music venue. Watching this video by the Abandoned Isle of Wight crew may well trigger your memories of times when it was back open. 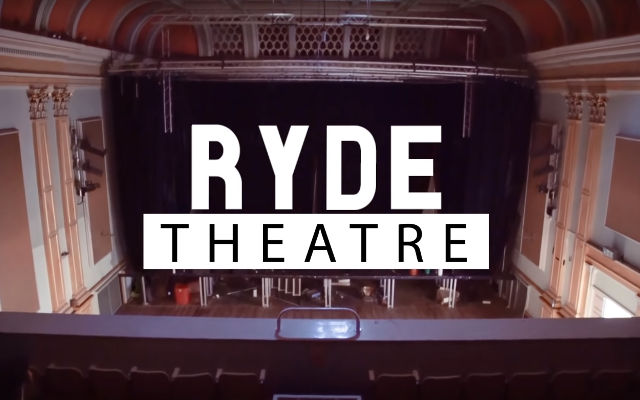 Anyone who has ever been to a gig or show at Ryde Theatre is going to have those memories (hopefully) fondly stirred with this latest short film by videographers, Abandoned Isle of Wight.

The exploration crew from ‘Abandoned Isle of Wight‘ made their way inside Ryde Theatre after hearing it was unsecured.

In their five minute video below, they take you on a journey through the building whilst giving a fascinating commentary on the history of the building, as they see it.

Footage of inside the building
The blurb with the video reads:

“Exploring inside of the abandoned Ryde Theatre which is a large Victorian grade II listed building located in the center of Isle of Wight’s largest town.

No damage was caused, gaining entry to this building and it has since been secured.”

Recent history
The future of Ryde Theatre is something that has been on the minds of residents for many years.

Once owned and run by the Isle of Wight council, the venue closed in April 2010 and was then sold by the then-Conservative administration to a private investor in 2012.

Despite some remedial work, it has sat unused ever since.

New future as Cultural Centre?
Many have been dismayed and disappointed at seeing the building sat unused for so many years, but as the commentary on the video explains, there could be a bright future on the horizon.

The Ryde Empty Building Group recently submitted a feasibility study to the Town Council regarding purchasing the building and developing it as a landmark cultural centre.

We’ll let you know once there is more news to report on this.

Watch the footage
The footage is just short of five minutes and it’s worth turning your speakers on to listen to the commentary, which gives the fascinating history of the building as the videographer sees it.

newest oldest most voted
charlest
I live just around the corner and see this sad building every day and do not understand why it has not already been re-purposed as an multi-arts venue similar to the successful Brewery Arts Center up in Kendal which helped rejuvenate the town and it could do the same for Ryde, we may even get people coming over from the old country – at least get the… Read more »
Vote Up130Vote Down
ukdave

Who would purchase it? The Council? It’s the Council who sold it in the first place. Privately owned now.

When selling buildings for a song, are there any safeguards in place?