The installation of the world’s most powerful commercial turbine in Moray Firth means more local, clean energy jobs in Scotland and across the UK, including the most recent expansion of blade production at MHI Vestas on the Isle of Wight 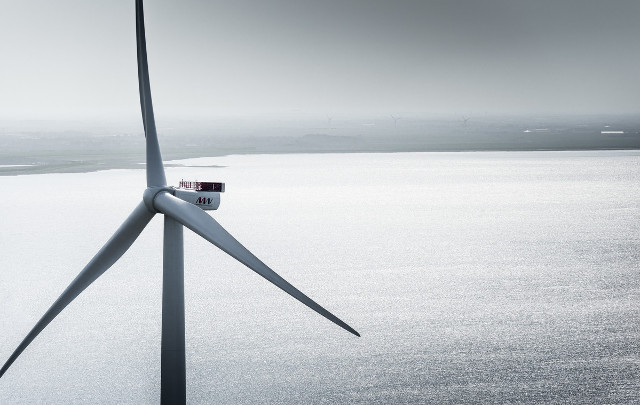 Confirming the largest MW project to date in the company’s history, MHI Vestas will supply 100 V164-9.5 MW turbines for the 950 MW project to be installed in Scotland’s Moray Firth.

950 MW offshore wind project
Moray Offshore Windfarm (East) Limited, known as Moray East, is a 950 MW offshore wind project 22km from the coast of Scotland, which in 2017 won a Contract for Difference (CfD) from the UK Government to supply electricity at £57.50/MWh, representing a significant cost reduction compared with similar projects under construction today (typically £140/MWh).

“Moray East is a landmark project for the offshore wind industry, delivering sustainable, renewable generation at a highly competitive power price. The project will bring new opportunities to areas including Fraserburgh, where we have announced the windfarm’s operations and maintenance base will be located, and in the Cromarty Firth, where the port was last week selected as the pre-assembly port.

“We look forward to working with MHI Vestas, particularly in Fraserburgh and in Invergordon, where we have ongoing plans for local supply chain engagement.”

“We are pleased that Moray East has reached financial close. With the signing of the firm order, we can accelerate preparations for our company’s largest MW project to date.

“Installing the world’s most powerful commercial turbine, the V164-9.5 MW, in Moray Firth means more local, clean energy jobs in Scotland and across the UK, including our most recent expansion of blade production on the Isle of Wight.”

In May, Moray East announced Fraserburgh as the preferred Operations and Maintenance port for the project and last month, the Port of Cromarty Firth was selected as the pre-assembly harbour, sending a strong signal that the project is progressing on schedule.

The news from MHI Vestas comes on the heels of its recent announcement that the company’s blade factory on the Isle of Wight received a second blade mould and is in the process of hiring 380 new, direct jobs to keep pace with growing demand.

Let’s do it on the Isle of Wight. All that wind going to waste…!

I would suggest somewhere near the car park at the end of “Old Blackgang Road” = a continuous blast!

How brilliant to see this investment on the Island, especially as we don’t have a single turbine anywhere! As soon as one is even hinted at the NIMBYs’ gather up the pitchforks and go on the attack. It’s a shame when we have all the wind going free, but hot air wins out every time down here. Well done Vestas though.