Congratulations to Bruce and his team for being chosen for a Bib Gourmand Award in the 2016 Michelin Guide. 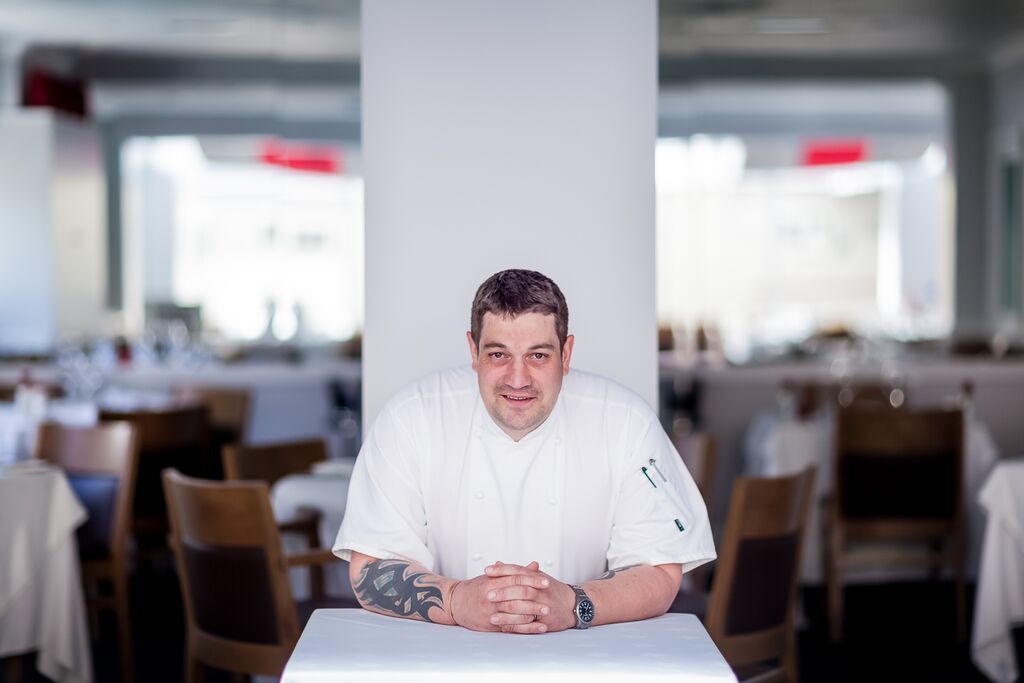 Those purchasing the latest Michelin Guide (out today), will see a new entry for an Isle of Wight Hotel.

The Seaview Hotel were informed via Twitter on Tuesday that they’d been awarded the Bib Gourmand – and have been in a “state of elation tempered by exhaustion” ever since.

“The seafaring décor gives a clue as to their focus here – fish is a speciality; indeed, the crab ramekin has become something of an institution. Meat and veg come from the hotel’s own farm and dishes are well-prepared, modern and tasty. The bar snacks are equally tempting, if more classic in style.”

“The Bib (short form Bibendium) was created in 1997 and is awarded to inspectors’ favourite establishments, offering high-quality products and services and good value for the money – at present three courses for £28 – so the award is for our Focus on Fish menu served in the main restaurant.

“Head Chef Bruce Theobald (pictured) really believes that good food, with a sense of occasion shouldn’t break the bank and the Bib really epitomises that ethos.”

Bruce joined the Seaview Hotel in March 2014. He started his career at tender age of 13 and ended up working in Chez Nico and alongside many talented chefs such as Richard Corrigan, Philip Britten and Billy Reid.

Congratulations to all at Seaview Hotel for this great accolade.

Fabulous loos too
According to the local councillor Reg Barry, the Seaview Hotel offers the cleanest and safest public toilets in the country.