This time next year, inspirational Isle of Wight sailor, Natasha Lambert, will be embarking on the challenge of crossing the Atlantic in her new yacht, Blown Away, using just ‘sip and puff’ technology. 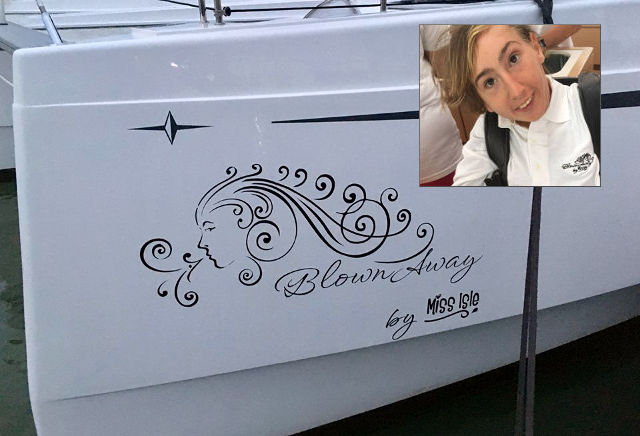 You don’t get much more inspirational than this.

Isle of Wight sailor, Natasha Lambert, who was born with Athetoid Cerebral Palsy, has had her entry confirmed to sail across the Atlantic next year.

Confined to a wheelchair, Natasha rose to prominence in the world of sailing when at the age of 15, she sailed around the Isle of Wight controlling everything by mouth using a single straw, a ‘Sip & Puff’ system.

Natasha has gone on to smash a number of amazing challenges since, such as climbing the 4,080ft Mount CairnGorm Mountain.

Crossing the Atlantic
Now at the age of 21, she’s announced that her entry has been confirmed to cross the Atlantic as part of the Atlantic Rally for Cruisers 2019 (ARC) next November.

Natasha’s new boat is a Bavaria Nautitech Open 46 which was collected by Natasha from La Rochelle in August and officially – and aptly – named by her at the Southampton Boat Show 2018 as ‘Blown Away’.

Can you sponsor/partner?
The boat will be adapted for the Sip & Puff technology and the team are looking for sponsors or partners to help equip the boat for this mega challenge.

Get in touch with Natasha’s team if you can help.

You can follow Natasha’s progress over the coming year as she prepares for the Rally by visiting her blog, or following her on Twitter or Facebook.

Absolute inspiration to us all!!

What fantastic news for this talented and incredibly determined young woman…! Natasha is indeed an inspiration to all, not just of us within the sailing community – I hope that she gets the sponsorship and support needed to enable her to realise her dreams..!