More sad news for the Island

More sad news as Police confirm this afternoon that a body found on Friday (13th) in Newport on the Isle of Wight was that of missing man Guy Ebsworth. 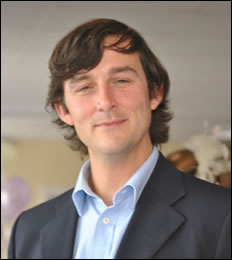 The 33 year old from Little London in Newport who had been reported missing since 7 August, was found on board a yacht in a Newport boatyard.

Police advise that a post-mortem examination to establish the cause of death will be carried out tomorrow (18th August).

The death is not being treated as suspicious by police.

Our sincere condolences go out to Guy’s friends and family. We’re sure that he’ll be sorely missed by all.

Very sad – Our sympathy to all his family. R.I.P.

Does anyone know where i can send my condolences to Guys family?

Sleep well Guy, I havent seen you for years, but you were a lovely guy and this is all just too sad to comprehend.

i too would like to do that knowing his mum and dad , not sure of the address now was East Cowes , County Press might have details ??? i know he is on face book and people leave a messgae on there .

Such sad news and I’m sure they would appreciate hearing from you.

Many thanks Fi for coming on and providing the information. Our thoughts are with you and your family.

My heartfelt thoughts to Lynn, Tim and family and also your friends at this very sad time.
With lots of wonderful childhood memories-lots of love Fay and family xxxx

thoughts to the family of Guy, we used to live opposite the family in Lincoln Way, Bembridge, and we were all shocked to read about his passing.

What on earth happened to Guy?

My condolences to Guy’s parents. I am so sorry to find he died. I will remember the good times at solent landing. Rest in Peace