Morrisons in Lake have already built the ‘garden centre’ at their Lake store and are now applying for retrospective permission, but the local council recommend refusal 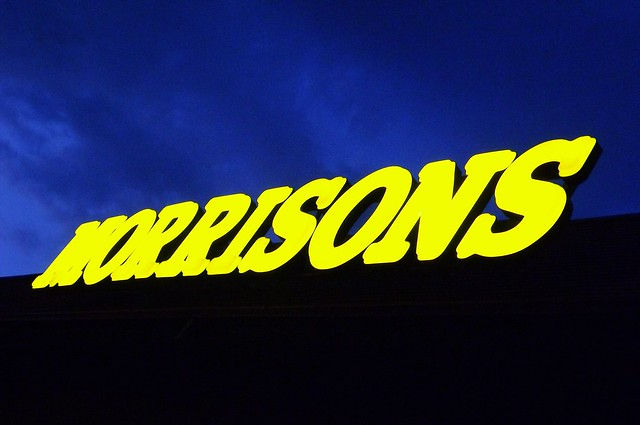 Morrisons in Lake has applied for permission to build a garden centre at their Lake store — even though it has already been built (to the left of the store front where the disabled parking spaces were).

The supermarket chain has submitted a retrospective planning application after the works were completed last month.

Brie Foster, senior planner at Peacock and Smith, said a review showed there was only one similar garden centre in the area — Dalverton Garden Centre in Sandown.

“Given the small scale of the proposed garden centre and its ancillary nature, it is considered any trade drawn would be insignificant (if any).”

She said that the plans would encourage retail growth and create more jobs.

However, the parish council has objected to the plans, and recommended them for refusal.

“This application was considered by Lake Parish Council at its meeting held on 8th May. The council resolved to recommend refusal.

“The proposed garden centre is in two areas each side of a traffic lane, which will cause road safety problems.

“It also requires the removal of several car parking spaces and there is already inadequate parking available at the store due to the recent rebuild.”

Island Roads has raised no concerns over the site, and said it would make minimal impact  to the highways.

The plans are available for comment online until 3rd June 2019.

Image: grassrootsgroundswell under CC BY 2.0

5 Comments on "Morrisons apply for retrospective permission for ‘garden centre’"

newest oldest most voted
alisonjane
So we should all just give up + let developers do exactly what they want? Never mind that there is a thriving, local garden centre just up the road. Never mind that planning permission has not been granted for it. Never mind that Lake Parish Council objected to it. There was never the need to expand Morrisons Lake in the first place! They should be made to… Read more »
Vote Up26-4Vote Down
Colin
Morrisons has sold plants and pots since it first opened. They have normally been strewn both around the entrance on the outside and inside with shelves of plants of both indoor and outdoor variety just as you entered the store. From my point of view they generally offered good value for what they were; young plants, nothing out of the ordinary and not dissimilar to what Tesco… Read more »
Vote Up11-4Vote Down
propdel

Wouldn’t have been such a bad idea if they hadn’t put it on top of disabled bays .

Vote Up6-5Vote Down
garageelfiniow
Development in this way will steadily increase on the Island. Its expensive & complicated to deal with IW Planning particularly if you are an individual. Best course of action now is to carry out the development because IWC have no enforcement and cannot afford to take on someone like Morrisons at appeal and so they will encourage the retrospective application & rubber stamp it. It avoids and… Read more »
Vote Up6-8Vote Down