In his appeal, Mr Collins said the national motocross body had ‘never experienced this level of obstruction’ from a local council 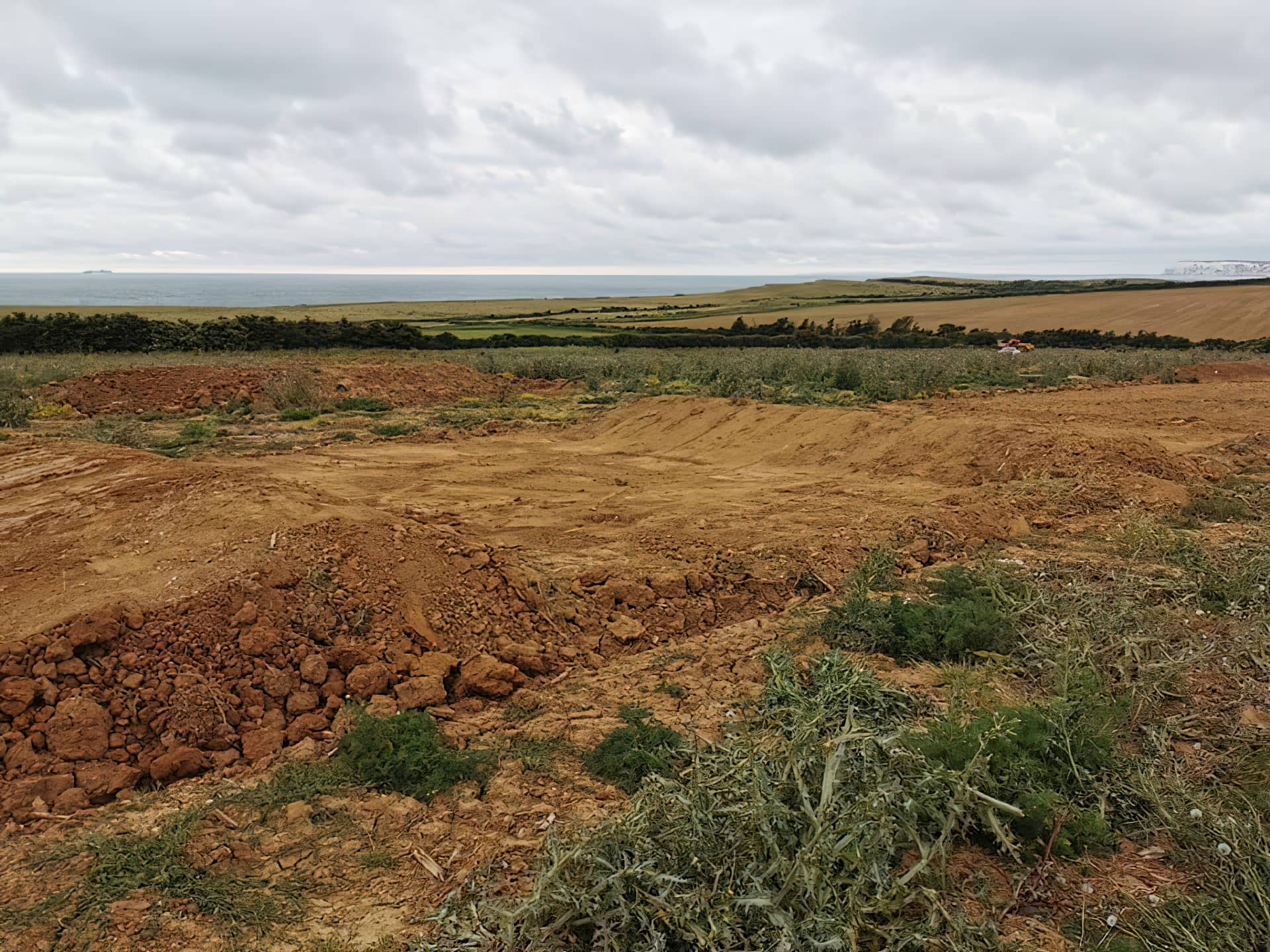 “It is not an eyesore or a scar on the landscape” — that is the message from a motocross club fighting an enforcement notice which has stopped its activities.

In an appeal to the government’s Planning Inspectorate, the boss of MotoxIOW, Ben Collins, is trying to get a decision by the Isle of Wight Council’s planning department overturned as he argues planning conditions have not been breached.

Stop notice served
Last year, a stop notice and an enforcement notice were served on the club, and the land it uses off the Military Road, as part of Marsh Green Farm in Brighstone, by the council — telling the club to remove anything relating to its activities.

Mr Collins, however, argues there has been no material change of use to the land nor any development which required planning permission.

He believes the notices have been wrongly served and is requesting a full explanation.

Dispute over use of the land
In the appellant statement, Mr Collins said the local planning authority believed the jumps, tracks and bunds were permanent features, therefore, the use of the land had changed.

The primary use of the site is agricultural, with temporary use of the land rented by MotoxIOW for 28 days a year to manage the riding of motorbikes on the site.

Will remove the mounds
Since January 2020, the land has only been used twice by MotoxIOW and Mr Collins argues the mounds do not prevent the land being used for agricultural purposes, as alleged, but they are happy to and intend to, remove the mounds on the corners.

Collins: A clear, overwhelming support for the club
In the statement, he said,

“To describe the impact of riding motorbikes around a field on the sparsely populated Military Road twice a month as ‘significant’ is sheer exaggeration.

“The use is not for racing, timed events or practising for these, it is purely used as a safe regulated site for local residents and visitors to ride motocross bikes for pleasure.

“There is clear, overwhelming support for the club from all ages and backgrounds. The overarching opinion is that the council are allowing significant developments to proceed … yet are blocking other activities.”

Another issue the club has been facing is noise complaints — with the council saying they were minded to give a statutory notice if no mitigating actions were taken.

In a letter to Mr Collins, the officer said he could hear the activity from nearby properties on Hoxall Land and Brighstone Road, which he described at the time as ‘interfering with the comfort and enjoyment’ of another’s home.

40 decibels lower than a standard lawnmower
The officer also noted, however, a number of actions had been proposed by the club to reduce noise levels, such as dampening the course and splitting up groups.

Mr Collins argues nearby residents in Mottistone are not significantly impacted by the use of the land for motocross and found in noise readings taken near a cottage, the sounds from the motocross track registered at around 40 decibels lower than a standard lawnmower.

The appeal, which has been started, will be determined by the Planning Inspectorate.

newest oldest most voted
Benny C
So it’s no yo an island community favilty but yes to a road race which will inconvenience a great many residents while sending lots of fumes puffing into our landscape. Dinosaur Dave Stewart struggles to create much appeal and looks increasingly out of depth. A bit like a prehistoric Donald Trump, maybe. Remember, come the election, vote for common sense and delivery skills, not political colour. Bumbling… Read more »
Vote Up32-6Vote Down
gom2

Could this be a NIMBY complaint from Mr Seeley, perhaps the club could start a petition to back it continuing. I’d sign it.

Vote Up12-1Vote Down
Angela Hewitt
Are these motor cross bikes powered by electricity. In which case it sounds like a great idea and in keeping with the Islands so called ECO strategy. What about transport to the site for the growth in spectators. The Military road is sparsely populated by humans but what about the wildlife? Has Mr Collins actually asked the Mottistone residents how they are affected or is his presuming… Read more »
Vote Up16-10Vote Down
chartman

Have you seen the cost of electric motorbikes? I doubt there is an off road version yet, but I might be wrong….