Andrew Turner, the Island’s MP, has welcomed the Government’s plans to reform the European Court of Human Rights (ECHR 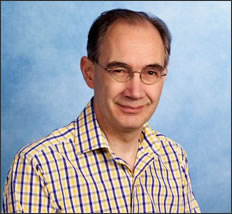 Andrew Turner, the Island’s MP, has welcomed the Government’s plans to reform the European Court of Human Rights (ECHR), which will be given particular focus during the UK’s six- month Chairmanship of the Council of Europe.

The Government have said the package of reforms should include measures which will narrow the ECHR’s role and reinforce the judiciary of nation states.

At the forefront of any proposed reforms will be the UK’s intention to tackle serious human rights violations.

Mr Turner responded by saying, “I wholeheartedly welcome the proposed changes which have been outlined by the Foreign and Justice Secretaries, it is a good start. The UK’s Chairmanship of the Council of Europe is a great opportunity for us to start ong overdue changes to the ECHR.

“I sincerely hope that the Government is able to deliver on these promises and I shall be keeping a close eye on their progress. We have a recent example locally of the abuse of the current system where Roger Gleave, a convicted paedophile has, at public expense, been able to take the Government to court because he does not have a toilet in his cell, despite other arrangements being made for night sanitation.”

Does andrew actually do anything for the good of the island, apart from just getting his photo in the paper.

Yes, he did it. He and Carole did it. They had a word with Davey and low and behold they collectively changed Government policy and agreed to reform the European Court of Human Rights in GB. So no rights for the hoypoloi like you, me and the ferrets of course.

With MPs expenses running at around Â£13m per year whilst only sitting for around 240 days, in works out at around Â£83 per day in expenses on top of salary of Â£65738.

Look there at the inequality AT & encourage your colleagues to do likewise.

Vote Up00Vote Down
had enough

…despite other arrangements being made for night sanitation.â€

I do hope they actually achieve something. The Human rights needs tightening up. It should not trump everything. For example, persons coming to Britain and committing crimes, should not be able to claim ‘yuman rites’ as a reason to stay after serving their punishment – in the unlikely event they actually get one of course.

Isn’t a bit of a paradox that a few weeks AT was bleating on about us getting out of Europe….and here is now cheering on the ECHR

He puts his right leg in, his right leg out, in out in out and shakes it all about, he does the Euro Kokey and he turns around, that’s what he’s all about.

Vote Up00Vote Down
mark francis
The European Convention on Human Right was established quite separately to the EU & pulling out of the EU would not affect the position of the Court. The EU Court is the ECJ. The ECHR was set up by a committee of European statesman that included Winston Churchill, Harold Macmillan & Maxwell-Fyfe(prosecutor at Nuremburg)& is as much a product of British jurisprudence as of foreign. On the… Read more »
Vote Up00Vote Down
Asite2c

Turner, Cameron and this Tory government should be absolutely ashamed of the way they have cut money for councils to spend on care for the elderly.

A damming report which was released today, revealed many elderly people are suffering and being abused in residential homes because of a lack of government money. This is a terrible abuse of human rights.