There were distinct signs of human intervention rather than the perpetrator being a fox or badger. The mystery was solved this afternoon 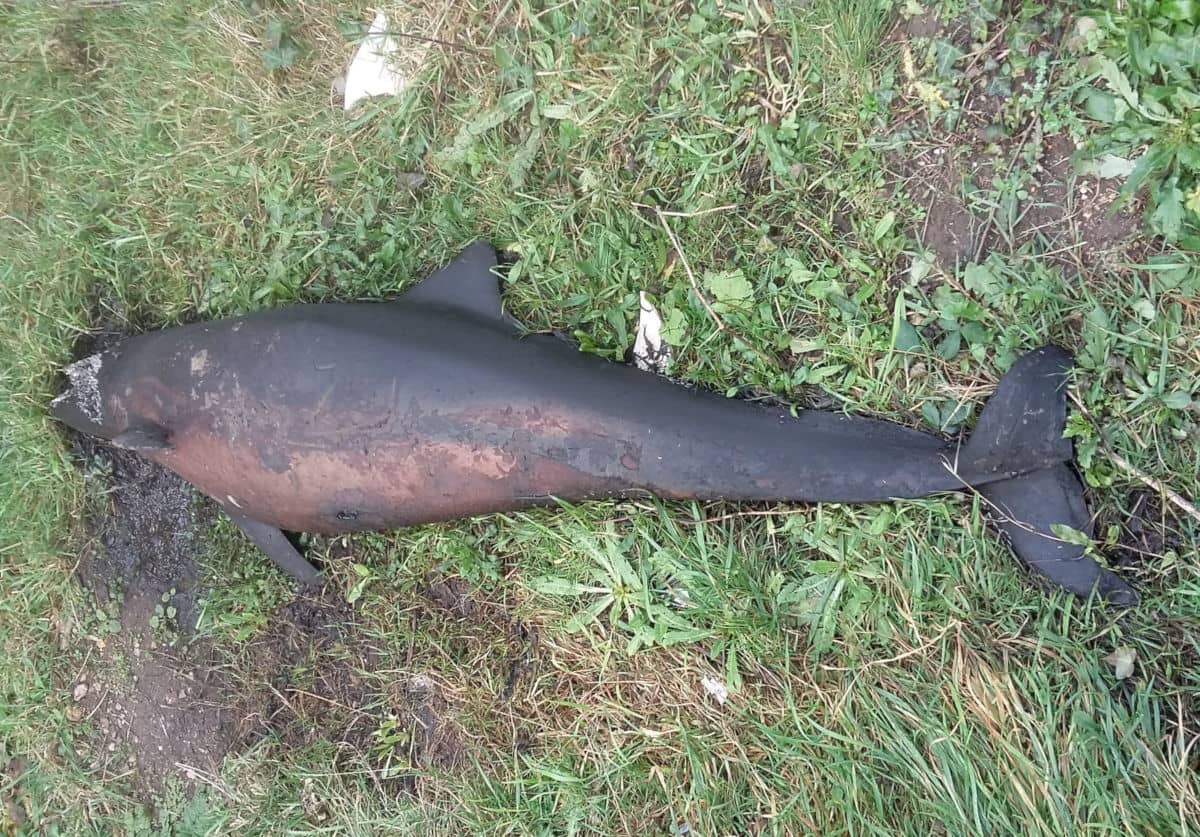 The folks from Arc and Artecology in Sandown Bay appealed to Isle of Wight residents on social media this morning (Wednesday) about the disappearance of a dead dolphin.

The very smelly aquatic mammal was taken from behind their offices in Sandown (near Brown’s Golf Course), where it was being kept prior to becoming part of the Discovery Bay natural history collection.

You need a licence to retain dolphin remains
The team had just applied for a licence to keep the dolphin skeleton (which recently washed up in Sandown) .

“It’s just disappeared from behind our offices at Browns near the Grand with distinct signs of human intervention rather than a fox! It might not have been obvious that the dolphin was there for a reason, but you do need a licence to retain dolphin remains.

“So if anyone knows where it is, please can you bring it back for us.”

“Ordinarily that would be a good thing to hear, but this was a cetacean tucked safely away and on land under our leasehold and not a public right of way or footpath – only accessible from the Grand’s private lane.

“We have just written to Waste Services to ask for it back!”

So, has the council got a license??