Neil’s 44th marathon ended at 17 miles – not surprising given he attempted it on Saturday evening when we were still in the middle of a heatwave. All praise for his valiant efforts 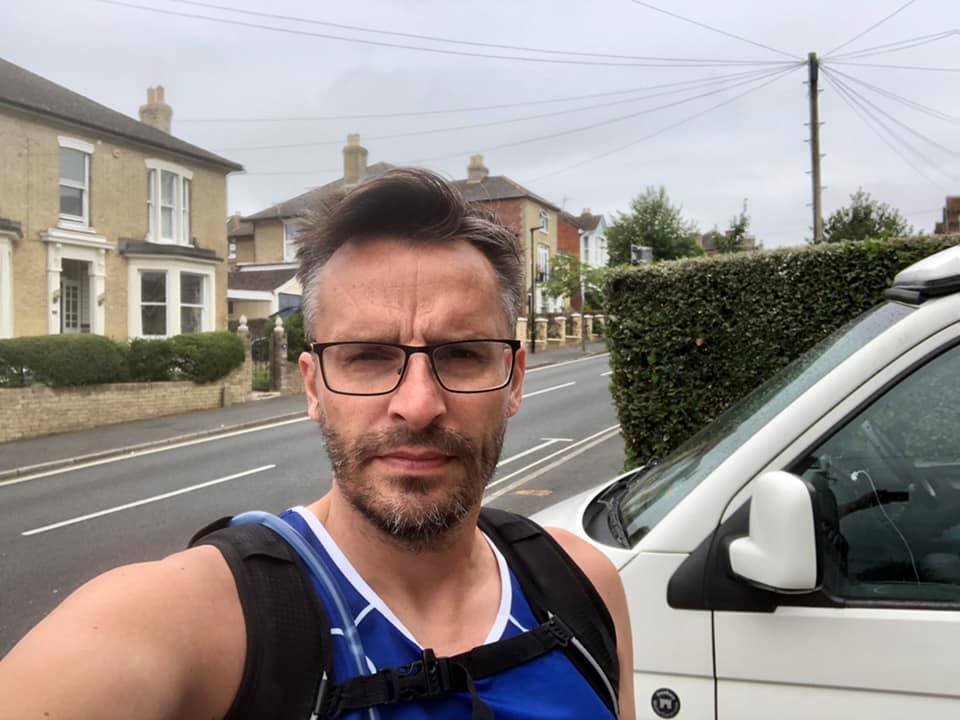 On Saturday night, whilst the rest of us were doing whatever we could to stay cool during the heatwave, Isle of Wight marathon runner, Neil McCall, was setting off on his 44th marathon since late last year.

In the run up to his 50th birthday (which takes place in November), Neil set himself the challenge of running 50 marathons – it’s been pretty much one a week since the end of October 2019 and he’s raising money for the mental health charity, Mind.

Spooky night run
Neil decided this week to run his marathon around many of the supposedly haunted spots of the Isle of Wight.

“I was hoping it would be cooler, but it was so warm. I got 17 miles in and got lost in a field somewhere between Chillerton and Shorwell.

“I just had nothing left in the tank. Hopefully better luck next week.”

Neil may not have completed the last nine miles, but to have run 17 in the heat of Saturday (it was still baking in the evening) is an incredible feat and one that deserves much praise.

“Thanks to the people who have donated, that’s amazing and I’m so grateful. There have been quite a few anonymous donations so unfortunately I can’t thank them directly, but I really do appreciate it and it makes the effort worthwhile.”

Show your support
Throughout the 50/50 challenge Neil has been raising money for mental health charity Mind. He hoped to raise £1,500 – but the total at the moment is a whopping £3,466.

With seven more marathons still to run (he’s not counting this one), we’re sure that total will be steadily rising. It’s a great cause and his efforts week after week have been commendable.

If you want to show your support pop over to Neil’s Just Giving Page to help raise more money for Mind.

Find out more
Neil has been blogging about the challenge throughout, and you can read about all his marathons on his Website.