Neowise Comet: When and how to see the passing comet

If you haven’t seen the comet yet, here are details of where and when you can see it, as well as couple of fantastic images captured by Isle of Wight photographers 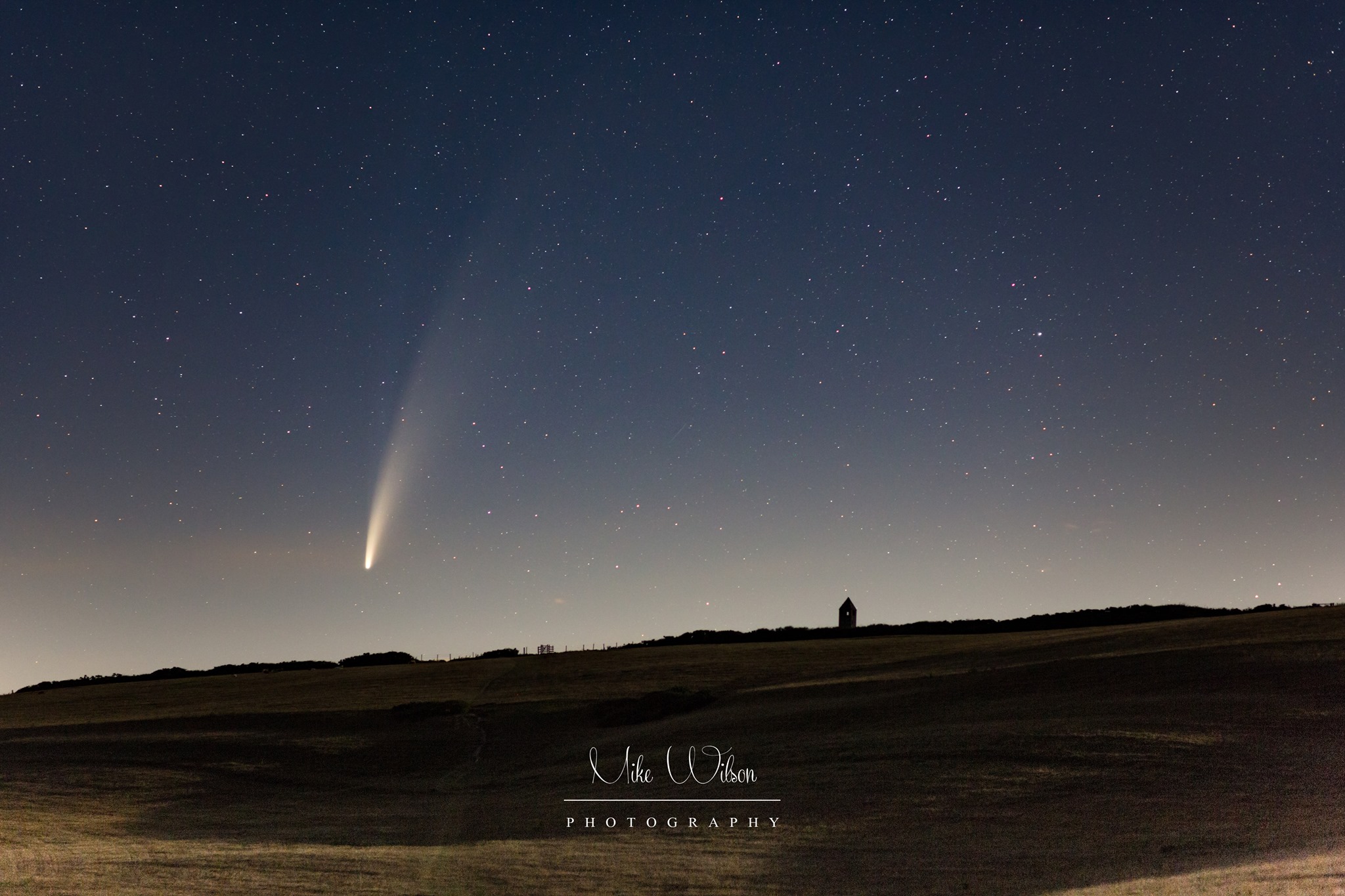 Over the last few days there have been some fantastic sightings of the Neowise Comet.

Isle of Wight photographers, Mike Wilson and Ainsley Bennett, have shared these spectacular shots of the comet passing St Catherine’s Oratory (aka the Pepper Pot) on the south of the Isle of Wight.

Where and when to see it
If you haven’t spotted the comet yet ITV Anglia’s meteorologist Chris Page, shares some handy tips on when is the best time to view it.

It’s certainly something for night owls rather than early birds, because in the UK the best time is between midnight and 3.30am.

Chris says that as it’s close to the horizon, it can make it difficult to see at sunrise and sunset. He adds that it’ll be at its best around 80 minutes before sunrise.

Change in position
Over the coming nights the comet will transfer Westwards (from North) as it moves in its orbit and it passes closest to Earth on 23rd July 2020, when it will be below and just to the right of star constellation, The Plough.

On the 25th July it’ll be directly under The Plough, before moving West and slightly upwards.

You shouldn’t need binoculars to see the comet, but if you do use them it’ll look a lot better.

Find out more about the Neowise Comet on New Scientist Website.

Our thanks again to Ainsley Bennett and Mike Wilson for sharing their shots.