New consultation on including the Island in the Coastal Access Scheme

Have you say on the Isle of Wight being included in the Coastal Access Scheme. Isle of Wight Ramblers are very keen for Islanders to have their say in the consultation. 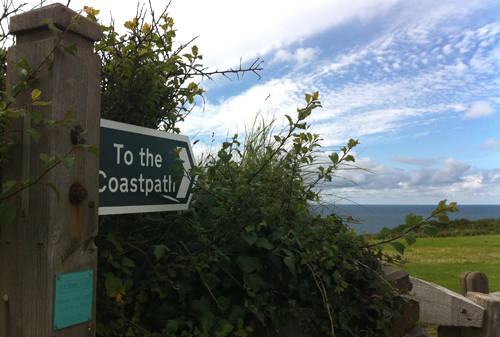 This in from David Howarth, in his own words. Ed

Defra announces a second consultation for a Coastal Path on the Isle of Wight which runs to 24 January 2014.

The purpose of this consultation is to give a second opportunity for people to state (or re-state) their views on whether or not the Government should make an order for the Isle of Wight.

The consultation particularly invites views on the degree of priority that should be accorded to the making of an order, and the implementation of any coastal access proposals for the Isle of Wight as against the rest of the coastal access programme, given limited funds for the overall programme.

The consultation is online:

“This is a tremendous opportunity for all Islanders to show their support for this essential scheme. Whilst the rest of England is developing a 2,800 mile coastal path, the Island is currently excluded.

“The financial benefits would be extremely beneficial to the Island’s economy- we know that £380 million was spent by users of the South West Coastal Path in 2011.

“The current island path is good in parts, but there are some 21 miles which are nowhere near the sea. An order to develop our coastal path would produce a world class trail.”

newest oldest most voted
Colin
Maybe we might even get public right of way footpath C34 at Whale Chine re-opened which the Isle of Wight council has failed to maintain for the last 8 years because it just can’t be bothered and hides behind successive temporary closure notices. What’s the point of having a Dinosaur Island promotion when you can’t even access one of the relevant beaches? Instead of spending money to… Read more »
Vote Up00Vote Down
steephilljack
Consultation, consultation, consultation ! There have been very few objectors to the previous consultations and everyone else says “We want it now !” Nevertheless, we must take the trouble to respond to this new consultation and send the link to everyone you know who cares. The south coast is notorious for landslips, but there does not seem to be a solution. What happens in other places with… Read more »
Vote Up00Vote Down