The Hampshire and Isle of Wight Freemasons have been experiencing declining numbers in recent years, so new special interest lodges are being created to attract men to join the fraternity. 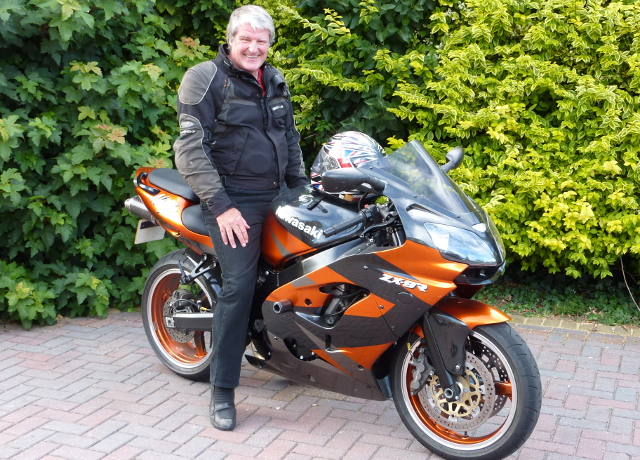 This in on behalf of the Hampshire and Isle of Wight Freemasons. Ed

In a bid to reverse a decline in membership, Freemasons are forming special interest lodges that are designed to attract new men to the fraternity.

Nowhere in the country has the policy been more enthusiastically embraced than in the province of Hampshire and Isle of Wight.

In the last three years a scouting lodge, rugby lodge and motor sport lodge have been formed and a sailing lodge, football lodge and a motorcycle lodge are expected to follow.

This policy has been driven by the Provincial Grand Master, Mike Wilks (pictured), who is also a great believer in the power of social media to encourage new members.

Declining numbers
There are over 200,000 masons in England and Wales, but numbers have been declining, especially with the aging wartime generation; Freemasonry experienced a surge in membership after the Second World War providing a haven for men seeking fellowship and comradery on their return.

Attracting and retaining members is therefore an important priority for the ‘Craft’, which will be celebrating its 300th anniversary in 2017.

The new lodges require a certain number of brethren to petition for a warrant from Grand Lodge, and they are proving hugely popular.

‘Chequered Flag’
The motor sport lodge ‘Chequered Flag’ was recently consecrated in Southampton with over 230 brethren attending including representatives from the Silverstone Lodge, a lodge with a similar special interest based in Northants.

“While our numbers are still healthy our membership has been slipping and it requires us to innovate to attract new men.

“Although our charitable giving is not the only reason we exist, it is very important to us, and the attraction of new members will help secure our charitable legacy into the future.

“To that end we have recently formed several new lodges including a ‘Lodge of Brevity’ to cater for the busy working man.

“They are working extremely well and I was very pleased to preside at the recent consecration of the Chequered Flag Lodge in Southampton.

“As well as sailing and football lodges, we also have plans for a motorcycle lodge, which is of particular interest to me as I am a motorcycle enthusiast and help run a racing team.

“The ‘Scouting’ and ‘Rugby Bastion’ lodges are now well established and booming.

“Combined with social media, the new lodges are helping to attract new members who might not otherwise have considered joining Freemasonry

Six million Freemasons worldwide
Freemasonry is one of the world’s oldest and largest non-religious, non-political, fraternal and charitable organisations. It teaches self-knowledge through participation in a series of dramatic plays.

Members are expected to be of high moral standing and are encouraged to speak openly about Freemasonry.

There are an estimated six million Freemasons worldwide.

How do from Yorkshire, currently in the process of applying for a petition for a new themed lodge for the sports of hunting, shooting & fishing. http://www.sthubertus.co.uk or follow our progress on Twitter @sthubertuslodge

Is the Sailing Lodge for Square Riggers only?

Vote Up00Vote Down
Mike Vallender
If this is not a silly question :-( What do the Masons stand for and represent? Surely these were formed in years past to bring together those higher skills, qualifications and qualities as almost a secret society of our upper echelons. The article says their numbers are still healthy but he memberships is slipping. Surely the better course of action is to both open themselves and their… Read more »
Vote Up00Vote Down
A.Pugin

Freemasonry is a wonderful, eccentric and misunderstood activity. If you want to know about it, go along to a lodge.

Vote Up00Vote Down
ThomasC
I was rather put off Freemasonry when masonic representatives rocked up to collect membership fees from my grandfather when he had progressed in his journey, as a man, to the hospice, a couple of weeks before he died. You might have hoped those people journeying through Freemasonry far enough to be asked to collect membership fees might have learned some compassion and empathy. Maybe not. The best… Read more »
Vote Up00Vote Down
Mike Vallender

A.Pugin and ThomasC thanks to both of you for your comments and assistance in answering my question.

It is not that I am either interested, or want to join, but it just appears rather perverse that these people change their ideals and values to suit modern times and changes to society to meet their apparent needs.

Vote Up00Vote Down
BRIAN
This particular organisation is no different to any other with respect to exclusivity. Some golf clubs exclude certain members through exorbitant fees,thus keeping out what might be termed “riff-raff.” The Masons, on the other hand, may use the exclusivity coupled with secrecy to gain advantage in social situations. The lodge is where deals may be done locally with fellow masons face to face to ensure business contacts… Read more »
Vote Up00Vote Down
Mike Vallender

Brian thanks for that insight.

My uncle owned a business which wasn’t doing too well until he joined the masons. After that it is amazing how his business prospered: contracts for supply suddenly appeared out of the blue. I’m sure it was purely coincidence though !

Brian just on a small point do you not think that counts as either a ‘closed shop’ or in old terminology an old boys network.

Vote Up00Vote Down
BRIAN
I would imagine so. “The old boys’ network” might be at play in many situations, not necessarily the masons. I used to work in the manufacturing sector. Directors of numerous factories would attend conferences with customers and suppliers, all open to the public. Who knows what deals were made with whom over the port and cigars? The only difference with the masons is the secrecy which gives… Read more »
Vote Up00Vote Down
Mike Vallender

Vote Up00Vote Down
Phil
I’m a Freemason and a standard government worker. My membership as never gave me a upper hand and nor does the organisation want to attract people who would think like that in the first place. You can take a good man and make him better but you can’t make a bad man good. Publicity was drawn back after lyricist ion by hurler in Europe. The organisation is… Read more »
Vote Up00Vote Down
BRIAN
I have visited the mason museum in Canterbury where I had an interesting chat with the guide who was keen that I should join. Although I was honoured that he should ask, it is not my scene. He emphasised the good social work done by masons which is to their credit. My contention is that if men wish to do good works then the Rotary organisation is… Read more »
Vote Up00Vote Down
Phil

I meant to say after pursicution by hitler in Europe. Many Freemasons were sent to concentration camps.

Vote Up00Vote Down
Mike Vallender
Phil thanks also for your insight and understanding of what being a Freemason means. I think the comments in response to my own show there is definitely, even after many years, a need for greater openness, understanding, communication and promotion of the group, their values and understanding by the community of what they can offer the individual, businesses and others. By achieving this they might lose the… Read more »
Vote Up00Vote Down
Mike Vallender

Brian I find myself agreeing with you, especially the part about the Rotary club etc, but at least it is showing that it can be discussed openly and without vehemence and disdain.