Cllr Price said, “The community, young and old and irrespective of party politics, is uniting against this awful proposal. We are seeing local democracy in action” 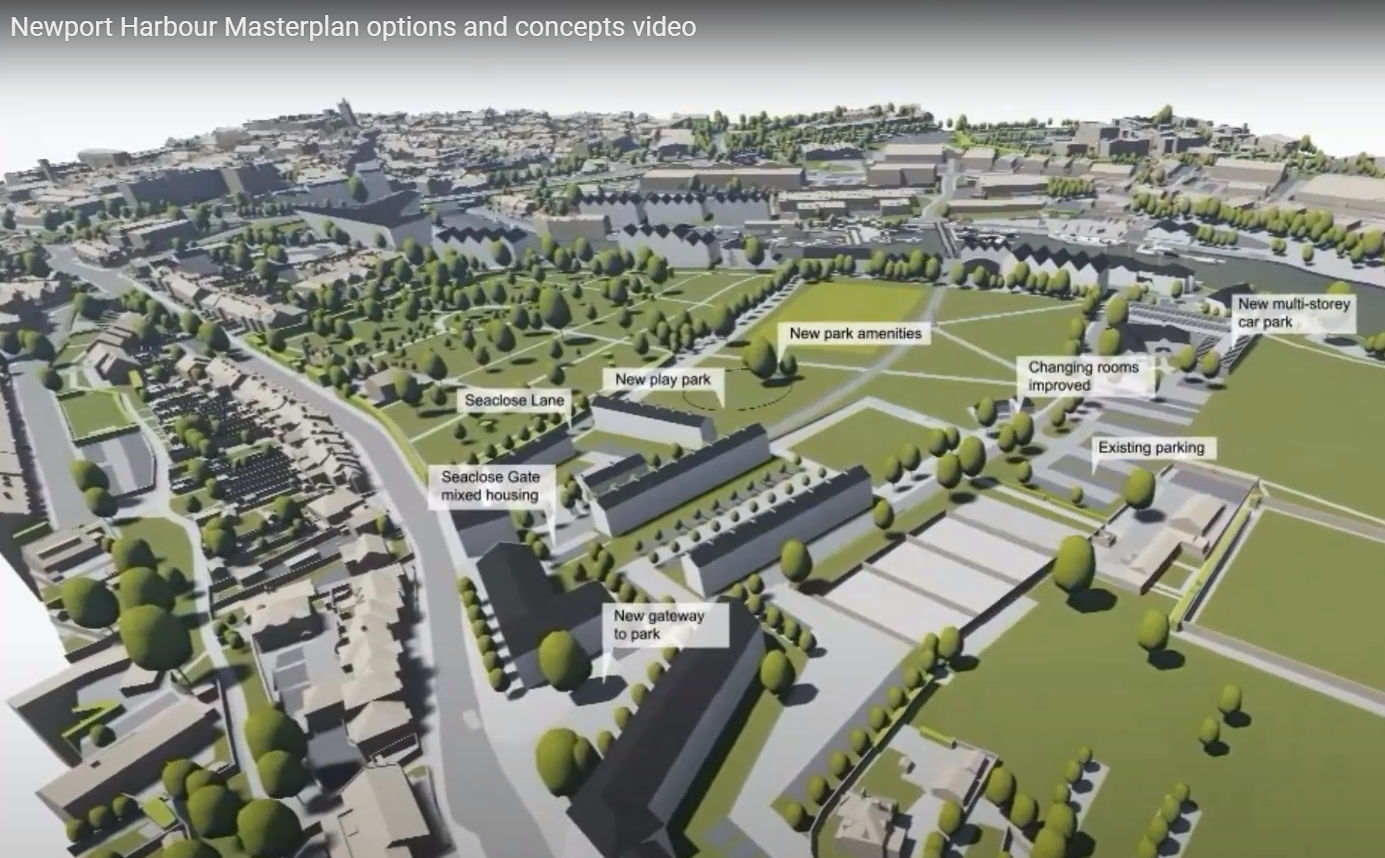 Newport and Carisbrooke Community Council has voted to oppose controversial plans to build more than 40 houses on Seaclose Park.

Not one council member opposed a motion by Cllr Mary Craven to ‘unreservedly oppose’ the plans drawn up by mainland consultants as part of the Newport Harbour Masterplan.

The Isle of Wight Council Cabinet is due to vote on the plan in September but is coming under huge pressure to remove the Seaclose housing element from the document.

Price: Community uniting against this awful proposal
The vote of Newport and Carisbrooke Community Council comes as a petition organised by Cllr Matt Price, whose ward includes Seaclose, has been signed by over 3,000 people. He said,

“I would like to thank Cllr Mary Craven for bringing forward this motion and to all those members who voted for it. It’s a fantastic endorsement of the campaign against this housing.

“The community, young and old and irrespective of party politics, is uniting against this awful proposal. We are seeing local democracy in action and, in this spirit, we would urge the IW Council to think again about this unwanted, unnecessary and hugely damaging proposal.”

“I am really encouraged that the Newport community is making its voice known loud and clear. It is completely unacceptable to build houses at this location – a valuable greenfield space that provides such a much-loved local amenity.

Unreservedly opposes proposals
The resolution was:

“Newport and Carisbrooke Community Council unreservedly opposes proposals within the IW Councils draft Newport Harbour Masterplan to build housing on Seaclose Park. We recognise the importance of retaining green space in the town for our residents to enjoy.”

How councillors voted
Eleven members voted for, there were none against and two abstained. The proposal was from Cllr Mary Craven and seconded by Cllr Matt Price.

The voting was as follows:

News shared by Lucy on behalf of Newport and Carisbrooke Community Council. Ed

newest oldest most voted
Colin
Unfortunately the IWC appointed a regeneration director, a deputy and a regeneration team years ago at considerable cost to council tax payers. Some of the Asda millions is being frittered away on the scheme. If anyone took the trouble to read the regeneration master plan they would have known what the aims and the brief of the regeneration team were. And schemes such as this are in… Read more »
Vote Up55-1Vote Down
Eagle eye
Where is Bob Seely’s voice? Very much grandstanding on challenging the government on the number of houses for the island before he was re-elected but since winning his seat, Bob Seely has remained silent. Bob Seely also stated before he was re-elected that he was against building on greenfield sites, again, silence on this proposed development and many others on greenfield sites. He objected to THREE houses… Read more »
Vote Up44-1Vote Down
mattprice
Hi Eagle Eye, Bob Seely has been VERY vocal against this proposal and has supported my campaign over the last few weeks. he has posted two articles reinforcing his support in the media. He is also continuing to lead on and work with councillors like me to build the case for a lower housing target for the island, which is highly likely to succeed and is at… Read more »
Vote Up21-2Vote Down
Eagle eye
Hi Matt Let’s see how this pans out as nothing has been decided yet. I applaud your decision to set up a petition which brought attention to the housing development but it doesn’t detract from Bob Seely’s statement that houses should be built in towns. This statement goes against everything Bob stated to residents when he was up for re-election. With regards to the lowering of the… Read more »
Vote Up270Vote Down
alisonjane

Well, now the 2 abstentions came from 2 ‘whipped’ Conservatives, neither of whom live in Newport so I guess it won’t affect them at all.
Another example of lets get elected + then completely ignore the wishes of the residents that elected us!

There are a couple of articles here on the harbour masterplan. Not everything finds its way into mainstream media.
https://www.iwhistory.org.uk/archive/newsapr20.htm

@ cals Thanks for posting this link to some informed, interesting and very relevant material. The records office saga is destined to run for a few more years at least!