The determination and commitment shown by Bonchurch athlete Nick Percy is fantastic to see. What a great role model he makes for young people on the Island. 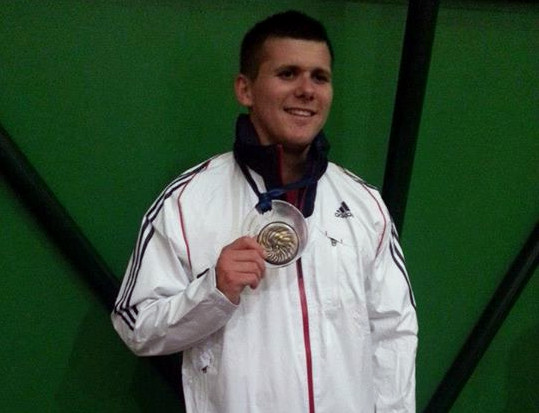 Thanks to Deborah for this latest update about Nick’s progress. Ed

This month brought a wonderful collection of silverware from Isle of Wight Athletics Club for Nick Percy. His prized possession, being ‘Most Outstanding Athlete’.

It was most unfortunate that he was unable to collect them due to prior commitments, but thrilled with his haul!

Commonwealth Awards Dinner
He also attended the Commonwealth Awards dinner in Glasgow and, along with nine other sportsmen and women who have qualified for The Games, were ‘piped’ on to the stage, backed by loud applause. It’s rather splendid, when he is acknowledged in this way.

November has seen Nick step up his heavy training, both in the gym and on the road. Many people’s perception of heavy throwers don’t include a 15 minute run before his strength and conditioning.

Hardworking and committed
Nick is so committed that he has made a number of trips to Jersey to work with his training partner Zane Duquemin and is on his way to Sweden for even more specific training.

He continues to work hard six days a week, and with the help of so many people around him, he is moving positively in the right direction.