The road closure commences on Monday, but it appears that Southern Vectis have only just announced to customers that there’ll be no bus service for six months. 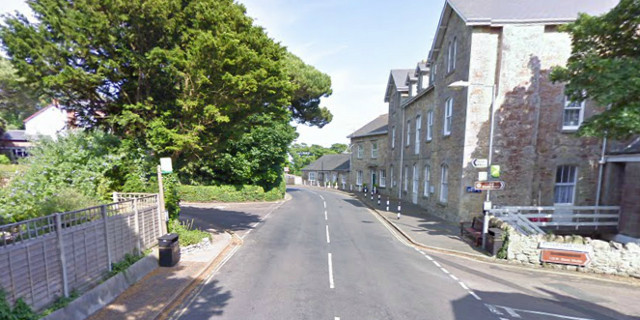 Thanks to Jon Young for this update on the bus service to Niton Undercliff and St Lawrence. Ed

Niton Undercliff and St Lawrence are to lose their bus service for six months while Island Roads stabilises two stretches of Undercliff Drive.

The news was given at the last minute this weekend, even though the major works, which begin on Monday (4/11) and are likely to go on until the end of April, have been scheduled for months.

Buses via Whitwell
Undercliff Drive will be closed between its junctions with Seven Sisters Road, St Lawrence, and St Catherine’s Road, Niton. Until the work is finished all No. 6 buses between Ventnor and Niton will go via Whitwell, rather than alternating with the Undercliff route, as at present.

Southern Vectis has ignored a request made weeks ago by Niton and Whitwell Parish Council to divert some buses from Niton via the Buddle Inn and back into the village – a route which some buses used until about 2006.

Alternative route “deemed unsuitable”
When I called the SV’s public phone number this week and asked why this could not be done, I was told the route had been “deemed unsuitable” – but the member of staff could not say by whom, or why. The same applied, she said, to the idea of turning buses from Ventnor around in St Lawrence, in order to give the village some sort of service.

SV has been puzzlingly slow in keeping the public informed about the suspension of the well-used service, with nothing appearing on the “service updates” section of its Website as of Friday.

Updates appeared on the SV Twitter account only on Friday (1/11), including arrangements for school bus pick-ups – some of them earlier than at present.

OnTheWight has been told of discussions with another, unidentified, bus operator, with a view to providing a service to the affected areas. These appear to have come to nothing, and Minibus Plus, which operates the No. 31 service around Ventnor has not been approached.

All route 6 buses will operate through Whitwell.

School buses:
Route 330 (AM) will be revised as follows:
Southford Farm 0750 (10 mins earlier)
Whitwell Chapel 0755 (10 mins earlier)
then via diversion to serve
Seven Sisters Road 0805
Ventnor Boots 0815
then as normal timings through to schools

Route 330 (PM) will operate to include the diversion via Seven Sisters Road.

Route 316 will start AM and finish PM at Seven Sisters Road, St Lawrence.

Route 405 will start AM at Castlehaven Lane, Niton and finish PM at Buddle Inn.

Christ the King College students from stops within the closed section will need to join either the 405 at Castlehaven Lane or the 330 at Seven Sisters Road.

Update: Following publication of this article on Friday, Matt Kitchin from Southern Vectis got in touch with the following clarifications on Monday morning.

Using a loop to Niton and the Buddle Inn is not feasible, a previous bus route was withdrawn from this loop some years ago partly due to the damage caused by a considerable number of low hanging trees along Sandrock Road.

We have previously operated a bus service to St Lawrence along Woolverton Road and Old Park Road but this was withdrawn some years ago following objections from local residents.

When a section of road is closed we would discuss the matter with Island Roads who would fund a shuttle bus for passengers who live on the affected section of route. On this occasion we were lead to believe that alternative arrangements had been made with another operator.

As to why information was not published earlier, we would normally aim to publish information on road closures and diversions in the week prior to the closure taking effect. On this occasion we were awaiting clarification of planned road works in Niton and Whitwell which were unconnected with the Undercliff works but would have additionally impacted on our route 6 bus service.

Could OTW try asking Southern Vectis why they thought the route via the Buddle was unsuitable or why turning in St Lawrence was not acceptable? Perhaps you’ll get an answer?

I think residents should be told and it’s pretty poor of Southern Vectis to not provide the reasoning.

Vote Up10Vote Down
retiredhack
The Route 6 spur from Ventnor to St Lawrence was withdrawn in April 2008. This was, of course, when there was no through service to Niton, and the bus used to turn around at, I think, Woolverton Road. I recall it being pointed out, while that service was running, that the turn involved violating the “no large vehicles” restriction in Woolverton Road. I also believe some locals… Read more »
Vote Up10Vote Down
Robert Jones

The swine! I have been cut off in my prime….. I shall now have to totter into Niton to get a bus, and totter back on my return …. On the other hand, perhaps I’ll lose weight. The exercise, you see … Ghastly!

I’ve just been looking for a bus to get me into Newport tomorrow on the 6 route – if you go to the SVOC website, you’d assume there’s still a bus leaving St Lawrence through Undercliff Drive; and I know damn’ well there isn’t going to be…. as “services” go, SVOC doesn’t offer much of one.

if you are unfortunate enough to live along the middle road until you get to Carisbrooke there is no service from the West wight, if you live say, at Calbourne, you are stuffed unless you drive….this is one of the three main roads on the island, the bus time tables are a joke!

Vote Up10Vote Down
hazel wyld
Agree but we all pay rates etc…we all should have a service even if it is a limited one…as it is if you are not lucky enough to have someone to drive you into Newport or indeed anywhere else on the island presumably hard luck! I know several elderly people who have no-one to drive them, a lot do not know how to use a computer to… Read more »
Vote Up10Vote Down
Dalek

I don’t see what paying rates has to do with the bus service or lack of it. The buses are nothing to do with the council, they are a private company.

okay but surely the council should step in if a private company is not providing a service to all the people who live here.
I don`t think it unreasonable to expect at least a minimal service for those who cannot drive or can`t afford to run a car, we do have an elderly population and I think we need to provide for them.

Buses only really work between the major towns, Ryde, Cowes, Sandown all in to Newport. The rest of you may as well not bother. Drive a car, ride a bike or rely on lifts, family friends and neighbours.