No-one was injured and the fire in the engine room was extinguished by the time the ferry, Wight Sky, arrived back in Yarmouth Harbour some 50 minutes after leaving. 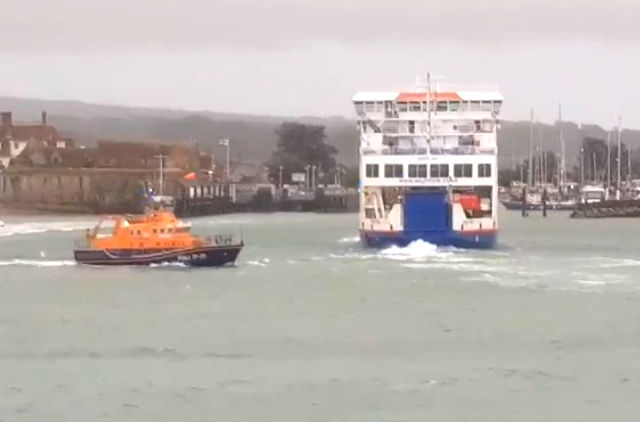 Emergency services were called to Yarmouth harbour on Sunday evening following reports of an engine fire on board Wightlink’s Wight Sky ferry.

The Yarmouth to Lymington route was suspended following the fire, but came back into operation on Monday morning.

Sunday’s incident, in which no-one was injured, follows a fire on the same ferry last year which resulted in one crew member being taken to hospital.

“The incident happened Sunday evening about ten minutes after Wight Sky had left Yarmouth at 18:23 with 117 passengers, ten crew members and 30 vehicles on board.

“No-one was injured. The ship’s engine room fire extinguishing system was deployed. Wight Sky returned to Yarmouth and arrived at 19:11.” 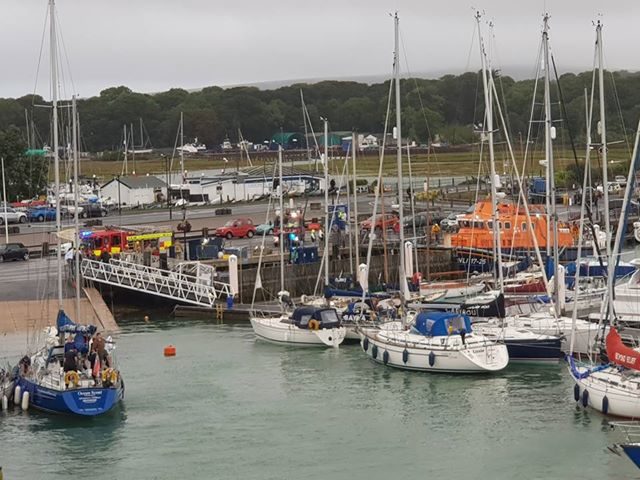 Wightlink confirm that all passengers had left the ship by the side door by 19:15 and drivers returned on board to retrieve their vehicles from 20:15.

MCA investigation
The ship was met on arrival at Yarmouth by crews from Isle of Wight Fire and Rescue who confirmed the fire was out.

The incident has been notified to the Maritime and Coastguard Agency and Wightlink engineers will also carry out a full investigation.

Wight Sky remained at Yarmouth overnight and transferred to Lymington under her own power this morning and engineers are on board.

Service resumed
Services resumed again on Monday morning with the 11:00 Lymington to Yarmouth sailing of the Wight Light ferry.

Its sister ship, Wight Sun, was transferred from the Portsmouth-Fishbourne route and a normal two-boat service began operation from 13:00.