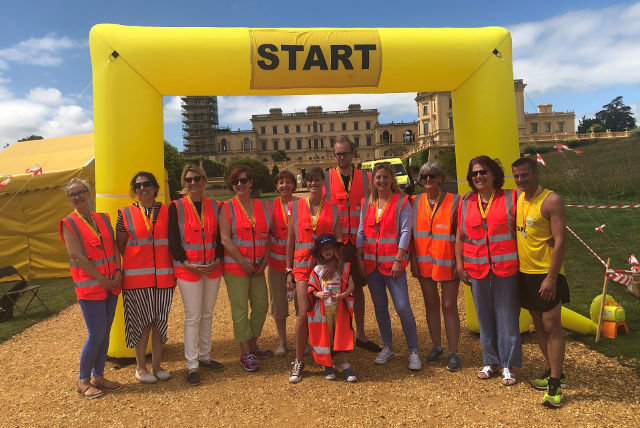 Nominations to become Red Funnel’s Charity of the Year 2020 are now open.

Charities from the Isle of Wight and Hampshire area are encouraged to apply for the chance to be crowned the ferry operator’s charity partner for the forthcoming year.

Raised over £200,000
Red Funnel supports over 30 charities, but each year it focusses its fundraising initiatives on one charity, providing essential funds for the charity’s cause.

“2020 marks the sixth year we have offered the Charity of the Year scheme and in that time, we have raised over £200,000 and worked with some superb charities including UKSA, Ability Dogs 4 Young People, Hampshire & the Isle of Wight Air Ambulance, IW Donkey Sanctuary and this year’s charity, Mountbatten.

“I encourage charities from across the Hampshire and Isle of Wight region to apply for a chance to be considered and this year, we’re keen to hear how charities plan to use the funds that Red Funnel raises.”

Criteria
To meet the criteria for Red Funnel’s 2020 Charity of the Year, organisations need to:

Apply today
Charities can apply online. The closing date for entries is 10th November 2019 and applicants should explain why their charity should be selected for Red Funnel’s Charity of the Year, and how they can support Red Funnel’s fundraising efforts throughout the year.

Shortlisted applicants will be invited to attend a company presentation to staff in December 2019. Red Funnel’s Charity of the Year 2020 will be announced in January 2020.

News shared by Melissa on behalf of Red Funnel. Ed