Number of Isle of Wight children living in poverty up: Now over a third

Last year just under 30 per cent of Isle of Wight children were living in poverty, now it is up to 34 per cent. 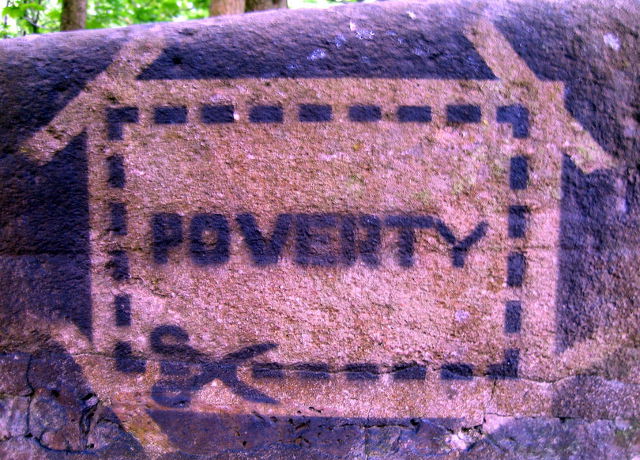 More than a third of children on the Isle of Wight are growing up in poverty, new figures have revealed.

Numbers have grown by almost five per cent in just one year — in 2018 there were 29.5 per cent of children living in poverty, compared to 34 per cent today.

The data, published by the End Child Poverty coalition, highlights how worrying levels of child poverty vary across Britain and shows poverty is on the rise — and rising fastest in places where it is already highest.

National comparison
In Hampshire, levels were worst in Portsmouth and Southampton, with 36 per cent of children living in poverty.

In some areas of London, child poverty levels are as high as 59 per cent.

“We know what causes child poverty and we know how to end it. We know the income of less well-off families has been hit by severe real-terms cuts in benefits and by higher housing costs.

“And we know that work alone does not guarantee a route out of poverty, with two thirds of child poverty occurring in working families.

“Yet in many areas growing up in poverty is not the exception it’s the rule with more children expected to get swept up in poverty in the coming years, with serious consequences for their life chances.

“Policymakers can no longer deny the depth of the problem or abandon entire areas to rising poverty. The government must respond with a credible child poverty-reduction strategy.

“Growing up in poverty means growing up trapped. It restricts a child’s chances of doing well at school, of living a healthy and happy life, and of finding well paid work as adults. We urgently need the government to set a course of action that will free our children from the grip of poverty.”

7 Comments on "Number of Isle of Wight children living in poverty up: Now over a third"

Total disgrace and total failure of government, both IW Council and central government, which are both Conservative at the moment. They will tell you that the route out of poverty is through work – conveniently forgeting that the majority of those living in poverty are actually in work. And Brexit is going to make us all poorer.

Please tell us then! everything that is going to make us poorer?

Hmm! 3 red thumbs again before the question is even answered: Biggest bunch of Gilly Potters iv’e ever come across. Unbelievable.

Remember when Gordon Brown & Tony Blair had targets to reduce child poverty?
Presumably all that has been forgotten about whilst we sort out “Brexit”…

How do you define living in poverty?

The BBC say:
“To establish whether someone is living in relative poverty, the government looks at the median income – that is the midpoint where half of the working population earn more than that amount and half earn less. Then they take 60% of this middle amount and anyone who earns less than this is considered to be living in relative poverty.”
More here: https://www.bbc.co.uk/news/uk-42223497

Try this for a serious attempt and reliable information and data.