The album launches on Saturday 10th April. Tickets for the live launch with Isle of Wight musicians are just £3 each 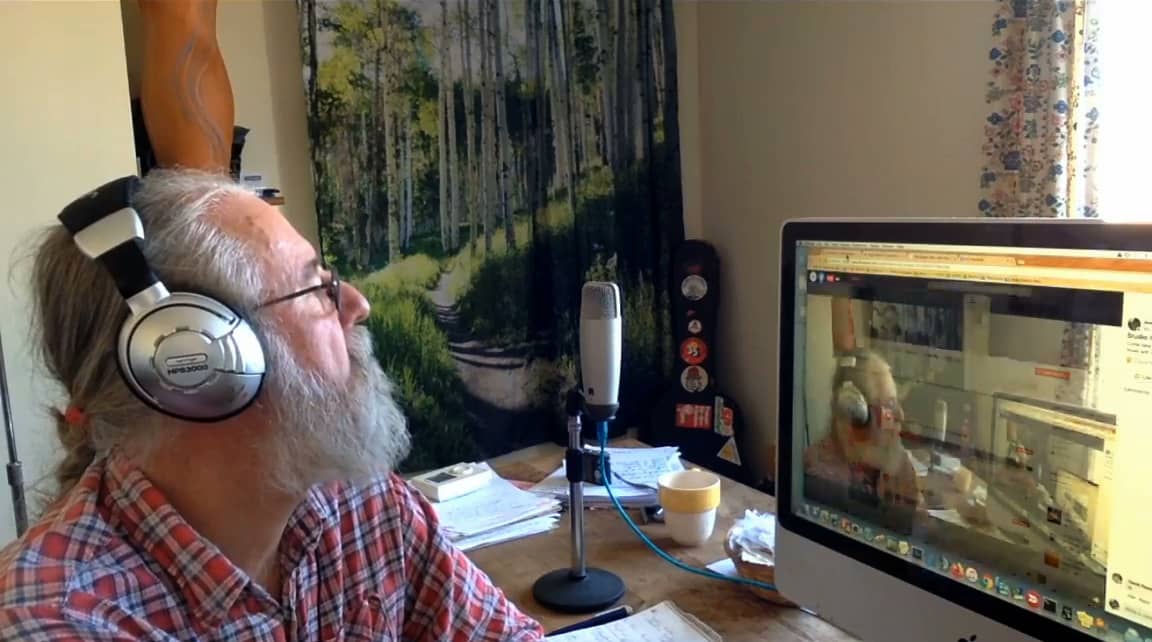 They couldn’t actually get together because of Covid restrictions, but instead took to the Internet.

Andy put out a call for musicians on Facebook groups and got back multiple offers from people keen to take part but it was Becky and Geoff who dealt with the technology and sent their recorded parts back to him for mixing.

You wouldn’t know from the final product, it sounds just like a band or duo playing live or in a studio.

What others say
Early reviewers of songs from the new album have loved the album.

“Beautiful combination of your voice and the fiddle on the Wreckers’ Prayer.”

“Love this Andy! very well crafted and performed. We have a Rowan tree outside our front door and I can vouch that not a sight nor sound of a witch has been witnessed.”

Encouraging words from the album
The ten track album is named after the song “The Rowan Tree’ which encourages listeners to plant more of the native species.

“Over the years I’ve had several people tell me they planted a Rowan in their own garden as a result of hearing about it in the song, and it does actually work as described.

“It’s nice to think that a song can have that positive effect in the natural world, especially now that everybody is suddenly in favour of more tree planting to save the planet.”

Launch details
The release date is 6pm on Saturday 10th April with the live streamed performance and launch party taking place at the same time.

Only available from the musician-friendly download hosting site at andyroberts.bandcamp.com

Tickets for the Live streamed gig are £3 including a previous EP.

A digital download of the new album – to keep forever – is £5 + VAT if applicable.

News shared by Andy in his own words. Ed