The site has been used for open storage in the past and was last used as a car sales site, but has been empty since 2009 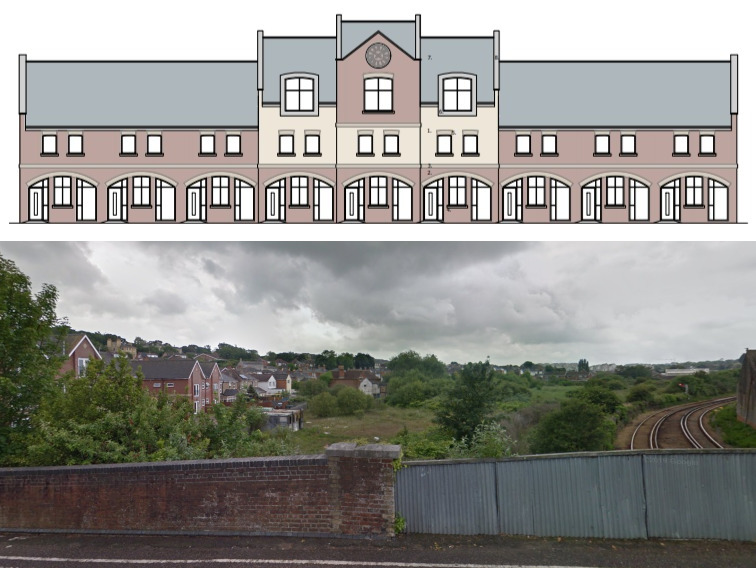 Plans have been submitted to turn a piece of land near the rail tracks in Ryde into 11 business units.

Proposals, submitted to the Isle of Wight Council, could see two and three-storey buildings developed on the former timber yard and sawmill behind houses on St John’s Wood Road, next to Monktonmead Brook.

The site, which sits opposite the Ryde to Sandown Island Line rail line, has also been used for open storage and was last used as a car sales site, but has been empty since 2009.

Outline permission
The outline plans, proposed by Mrs K Mellor, are seeking the approval of the layout, scale and access to the site. Other matters such as the appearance of the buildings would be approved under reserved matters, if the outline planning permission is granted.

On behalf of Mrs Mellor, Town Planning Experts, said the proposed scale of the buildings was considered to reflect the range of scales in the surrounding urban character and other nearby developments.

“Most appropriate use for this vacant and derelict site”
In a planning design and access statement, they said the proposals “make [the] most efficient use of land and reflet other urban infills within the immediate area.

“The development provides the most appropriate use for this vacant and derelict site.”

The development would also provide 37 car parking spaces for the 11 units.

Comments on the application (20/00326/OUT) can be made on the Isle of Wight Council’s planning portal until 7th September.

It’s ugly, that should be fixed by the planners and an architect who actually Understands what good buildings look like. It’s needed and welcome. But please make it fit in, don’t scar the streetscape any more than has already been done, please. It’s so easily avoided. Lately, applicants on the island seem drawn to poor architects like moths to a flame.

Do we really need more “business units” when, sadly, so many companies are shutting down?

Vote Up10Vote Down
Benny C
Businesses fail because they are either not robust or don’t adapt. The owners are the ones with the power to keep ventures alive. No business has a right to exist purely because of fairness or unfairness. Innovators thrive, failures are inevitable. Premises which promote innovators to best advantage create multipliers of jobs, economic contributions and ultimately add to the community. Often, hubs of entrepreneurs Working in the… Read more »
Vote Up00Vote Down