Over £500 raised for Isle of Wight brain tumour charity at gala event: Book now for next year

The black tie event raised £500 for The Wight Brainy Bunch and was organised by The Co-operative Funeralcare in St John’s Road. 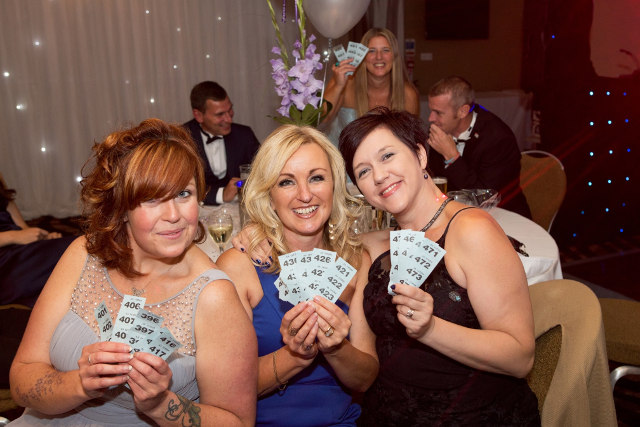 The black tie event raised £500 for The Wight Brainy Bunch and was organised by The Co-operative Funeralcare in St John’s Road.

Guests also got bidding on a selection of special items including an afternoon tea at Yelfs Hotel, some specialised Isle of Wight glass Christmas bubbles and a night in a beautiful cabin in Newchurch.

Borton: Really glad it was another success
Lesley Borton, Funeral Co-ordinator at the branch which is part of Southern Co-op – the independent, regional co-operative, said:

“There was a lot of good natured bidding. The raffle went well and included a very large basket hamper.

“This was our second year of holding the event but there was still just as much work that went into organising it, so we are really glad it was another success.

“The food was delicious. In fact, we have already booked in a date for our third event at the Lakeside Hotel on 27 June. This time it will be slightly less formal but just as much fun!”

Just under 40 people attended the event in Wootton Bridge at the four star hotel including representatives from the charity – The Wight Brainy Bunch.

Grimes: Wonderful support from Ryde Co-op Funeralcare
Kathryn Grimes founded the charity with her husband who was diagnosed with a brain tumour in 2015.

“We are still a relatively new and small charity and usually rely on arranging our own events to raise funds, so to have such wonderful support from Ryde Co-op Funeralcare this year is incredible.”

Being part of Southern Co-op, The Co-operative Funeralcare in Ryde supports charities like The Wight Brainy Bunch through its community engagement programme ‘Love Your Neighbourhood’.