Pancake challengers to flip Pancakes for Poverty Awareness in Ryde 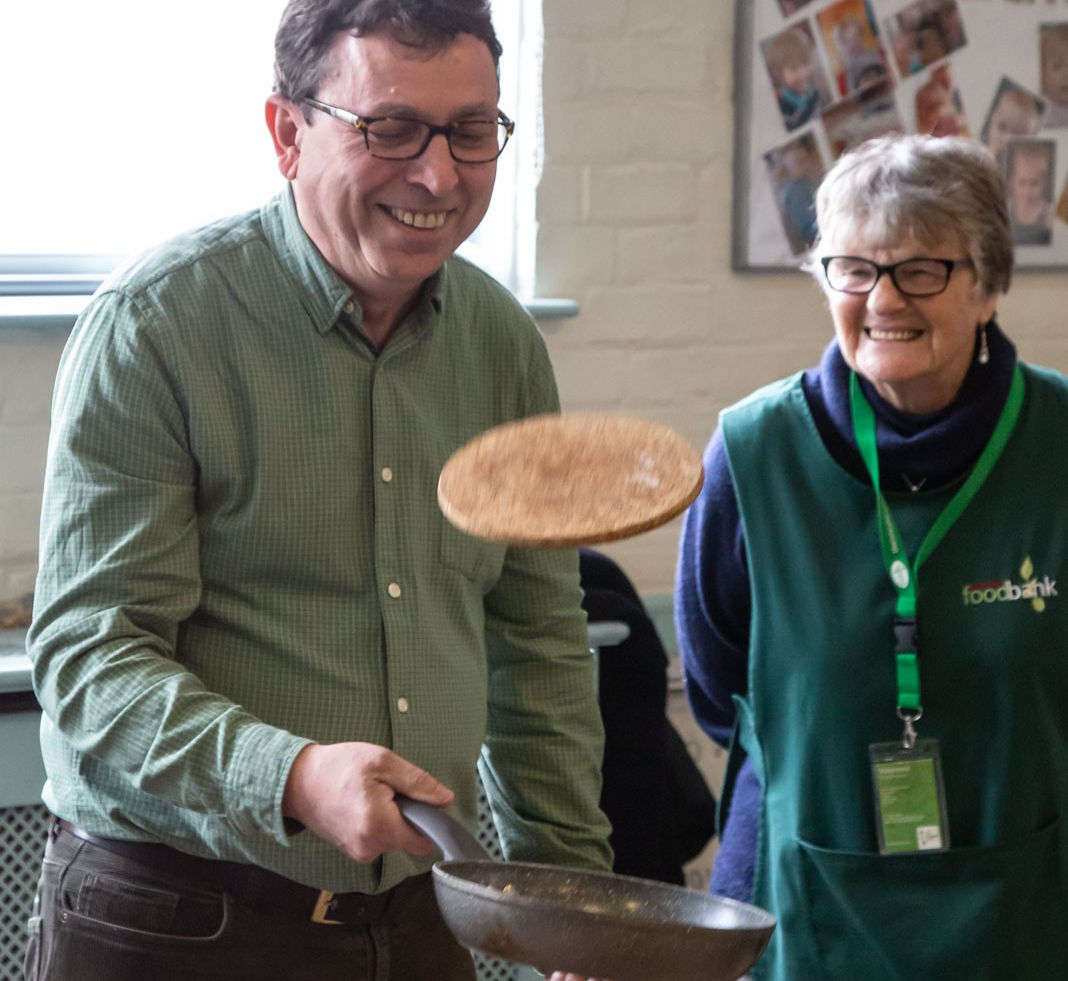 In 2017, Independent Green Councillor for Ryde East, Michael Lilley, established an annual Pancake event and challenge to raise awareness of poverty and the work of Isle of Wight Foodbank.

Mayor hosts the event
This year, Michael is hosting the event as Mayor of Ryde with funds going to Ryde Foodbank to raise awareness of how family poverty leads to poor mental health for children.

The Children’s’ Society state that over the last 25 years research has shown that growing up in poverty has a detrimental effect on the mental health and well-being of children and young people.

There is evidence to suggest that children and young people who live in poverty have a higher chance of experiencing mental health problems and lower subjective well-being both as children, and as adults.

Over £3,500 raised
The last three years’ record holder of the Ryde Pancake Challenge is Cllr Wayne Whittle. In 2019, Cllr Lilley increased his record to 282, however, Cllr Whittle increased his unbeatable record to 393.

Over £3,500 has been raised since 2017 and last year all monies raised went to IW Food Bank and IW Red Box project. This year the theme focuses on the emotional well-being of young people in Ryde living in poverty.

Lilley: If a child is given a good start in life, there’s hope for this child
Cllr Lilley (Mayor of Ryde) says,

“To me everything starts with a child and if a child is given a good start in life then there is hope for this child, the family, the community and society. However, if a child lives in poverty in the UK in 2020, they are 11 times more likely to fall into care and there future is less hopeful.

“Every child deserves hope and we have to focus more resources in changing this.

“As an older adult in the community, a granddad, I feel I have a moral and ethical duty to campaign for future generations and eradication of poverty. On the Isle of Wight the IW Food Bank are on the coalface of getting food to families and children who are in crisis.

“We need to support this but also campaign for a society that does not need this form of charity. It is totally unacceptable that children and families in 2020 Britain have to rely on charity to live.”

“I have been training and delighted to defend my three-year unbeaten record. This is a bit of fun with a serious message and Michael’s and my ward in Ryde have some of the highest poverty on the Island and the Ryde Foodbank is a real lifeline and needs all our support.

“I will continue to support Michael’s annual event and delighted he is doing it this year as Mayor. We need your support to raise more funds this year and I welcome challengers to try and beat my record. Come on!”.

Filed under: Ryde, Isle of Wight, Top story, What's On