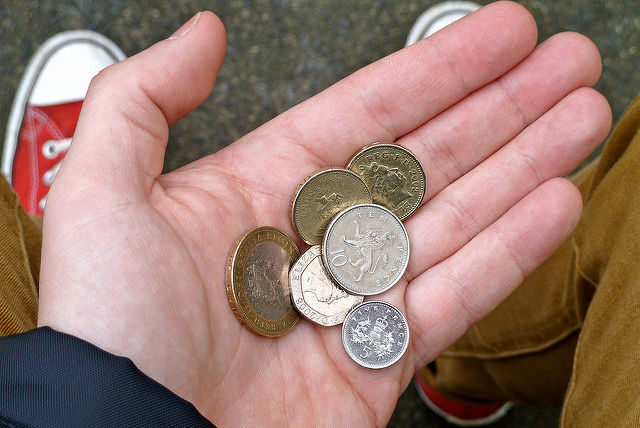 The Isle of Wight council is to increase the cost of parking across the Island – with 32 separate price increases.

Parking charges are already an enormous earner for the council. In the year 2016/17 the total income from parking charges, which also includes permits and penalty notices, was £4,252,470.

The thing is, the council seem to be doing their best to not let anyone know about the comprehensive price increases. There’s been no press release, no announcement to elected councillors, no indication – they’ve just buried the information at the back of the County Press, on page 80, in the Public Notices section.

FSB Chair in the dark
OnTheWight spoke to an Isle of Wight councillor and the IW Chairman of the Federation of Small Businesses (below) who hasn’t even been told yet.

When OnTheWight requested the details of the parking fee increases, the council claimed (laughably in our view) they didn’t have the information held electronically at the council – despite it obviously having been sent to the CP so it could appear in the paper.

1/2 hour option dropped from on-street charges
The council are taking away the option of paying for half an hour on-street parking – making the minimum charge an hour’s worth of parking.

From 4th April paid-for on-street parking will cost a minimum of £1.50 to park, even if you only stop for a couple of minutes, to pop in to a newsagent, for example, for a newspaper.

32 separate price rises
Pretty much every other parking charge will also be going up. For example, the minimum charge to park at Dinosaur Isle will be £4.

In fact, so comprehensive is the list of prices that are going up, it’s easier to tell you which prices are not going up:
1 – Short stay on-street parking: up to 1hr charges will remain at £1.50.
2 – Ventnor is the only respite.

Ventnor: Parking prices going down!
The only place where parking prices are reducing in cost is Ventnor – Where the town council has removed Isle of Wight council’s power over pricing by taking control of their own pricing.

The car parks at Dudley Road, Market Street and Pound Lane, Ventnor TC is introducing a half hour option and either holding prices or reducing them. Shore Road car park is changing to a one hour charge or a flat fee of £3 for up to ten hours.

Shocked response from local business leader
OnTheWight spoke to Cllr Julie Jones-Evans, who is not only an elected IW councillor for Newport (where Julie tells us 60% of the council’s parking income comes from), but Chairman of the Isle of Wight’s branch of the Federation of Small Businesses (FSB). She reacted with shock:

“This is the first I’ve heard of the idea. As a council member, I haven’t been spoken to about this, nor has the FSB been approached.

“I find it perplexing that there has been such an important decision that wouldn’t be discussed more fully with businesses, their representative bodies and Parish councils.

“On Monday we’re discussing Newport’s Place Plan. In it, concerns over parking is a big thing. Also high on the list was that people didn’t feel like they had a voice.

“My concern is that this could not only damage parking income but the town as well.”

Vote Up33-17Vote Down
davimel
Isn’t it a tad strange that ALL negative comments have been Down Arrowed around 45 times regardless of the up arrows! Are we to assume that every comment is considered ‘wrong’ by the majority of readers or is this yet another Troll attack or even worse, an attempt to change perceptions of genuine issues raised by readers here? Of course it could simply be an issue with… Read more »
Vote Up33-20Vote Down
electrickery

There’s definitely something suspicious about this voting system. I have queried it before with OTW and been assured that it is all kosher, but an objective experiment would be interesting.

And looking at a sudden increase on my comment, the flying green arrows have passed through as well…haven’t you anything better to do with your time? fake news now fake arrows…sigh

Instead of raising charges and lowering the footfall for want of an expression why not try going the other way.
Last year I visited Tavistock in Devon, a busy market town and was surprised that ALL DAY parking was £2-00, admittedly it was dearer for short stay on street parking but this was only 3 t 4 mins walk from the town center going past picturesque rivers etc.

Vote Up3-5Vote Down
I do not believe it
Good grief!! Sneaky, cowardly, duplicitous, snivelling and underhand are just some of the adjectives that come to mind to describe the incompetent bunch of Tory wide-boys who currently hold the reins in County Hall. You’d think that after the floating bridge cock-up they’d play with a straighter bat. Cllr. Julie Jones-Evans will doubtless witness at first hand a slow but inevitable decline in the footfall outside her… Read more »
Vote Up73-83Vote Down
electrickery
Somebody needs a lesson in algebra. It’s more than probable that the ooportunity to pay for less time (albeit for a small premium) would *increase* revenue in areas where people stop for brief visits eg to local shops. If I have to pay for an hour’s parking I don’t need, I will probably go somewhere else. Of course, it’s perfectly feasible, technically(as is done elsewhere), to buy… Read more »
Vote Up5-15Vote Down
awfkit
I really don’t care about parking anymore. i shop online and all the supermarkets deliver. i live in cowes so it makes economic sense to use redjet and shop in southampton rather than newport. I used to use the chain ferry and the ferry but these days you could end up being carried off over some stout persons shoulder . not a dignified option. the major problem… Read more »
Vote Up46-75Vote Down
electrickery

But I bet you’ll vote the numpties back in next time! We Islanders are very slow learners.

Vote Up10-11Vote Down
block8
Sainsburys, occasional (thankfully) visits to my GP, and an 8 weekly visit to my chiropodist are the only reasons I visit my ‘home’ town these days. There is no other reason to visit this once vibrant town. It is now a dump. (Quay Arts and Hursts excepted and one of those has their own free car park.) Like most local people I know, avoiding the ridiculous charges… Read more »
Vote Up43-73Vote Down
steephilljack

How come this increase was not included in the recent budget proposals: could it be duplicity ?

The Budget, which all non-Tories opposed, stated in one line:
“Review of car parking and permit arrangements across
all charges and types of permit – further income from a review of all permits and parking arrangements including increases in fees and charges – £550,000”

Thanks Geoff. So this is how it is done these days by our Tory leaders = surreptitious or what ?

Apart from the fact I object to being ripped off, it’s the small business owners I feel most sorry for. They must see this as just another nail in their coffin.

The Councillors seem to have forgotten that they are here to serve us, not make our lives increasingly difficult.

They haven’t forgotten, they never subscribed to it in the first place (non-Tories please ignore).

Cuts to the Council budget means the council must find other ways to fund the things we come to expect from the services the council provide, The island Elected a Tory MP so reap what you sow comes to mind.

Parking charges are a disincentive to town centre shopping and tourism, both things that the IW Council claims to support. The beneficiaries of this policy will be the big supermarkets and online retailers. The Ventnor statement is a bit misleading, the town council must be paying precept money to the IW Council to achieve reductions. So residents will still be paying more, just in a different way.

Mick
I’m pleased to say that although we do pay rent to the Isle of Wight Council for the four car parks we manage, the net cost to us in the last completed year (2016/17) was just £44 and we expect to break even for 2017/18.

We haven’t yet discussed any free half-hour provision for 2018/19.

David. These should be making the town more money and attracting visitors. Let’s have free parking for an hour and how about advertising the presence of them with some additional signage in town? If you are offering better prices people will use them more ( the one on the cliff is very underused ).