Part of prison estate offered to Isle of Wight council 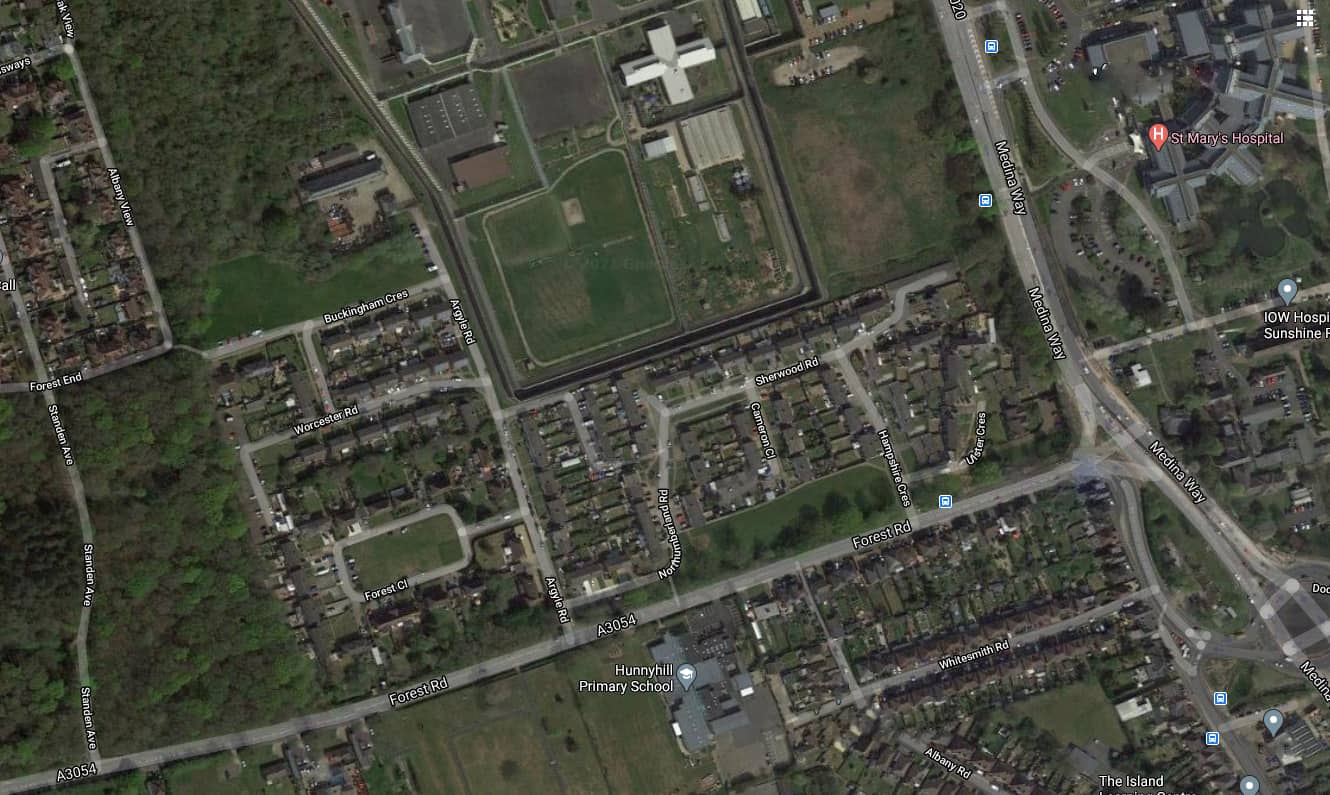 Part of the Prison estate around Newport could be taken over by the Isle of Wight Council so much-needed infrastructure work can go ahead.

The plans, however, do not include the sale of the now unused Camp Hill prison.

Responsibility for highways
The Ministry of Justice (MOJ) is looking to transfer the ownership, liabilities and future management of the highways to the council, paying the authority a one-off fee to take it off its hands.

Roads, pavements, grass verges and other amenity areas would be included in the package.

One-off fee
It would mean the council would have the cash to bring the areas up to an acceptable, safe standard.

The MOJ has also offered a sum for improving the roads it would keep, as they have been defined as essential for operational reasons.

How much the MOJ is willing to pay the council is nunknown as the government department deems it commercially confidential.

The regeneration of the area has stalled on several occasions through a lack of government investment, but improvements to the St Mary’s junction were funded and completed with potential housing at Camp Hill in mind.

Garden village plans
The latest plans for the site proposed turning the area into a garden village, including 1,750 houses, a local centre, healthcare, education and public open spaces.

The bid was unsuccessful because it was considered the infrastructure costs  were prohibitive. Larger housing projects on the mainland with lower costs were awarded the funding instead.

While Camp Hill prison is not included in the proposed land transfers, the council has said the offer can be viewed as another step to ‘de-risk’ the site, enabling future negotiations and master planning to take place.

Feedback from residents so far, the council say, has been supportive.

As the legal negotiations continue, officers say a balance needs to be struck between the potential risks in taking ownership and responsibility against the benefits to residents.

Behind closed doors
The Isle of Wight Council’s cabinet will make the final decision on the offer from the MOJ at its meeting next week (11th March), in private session as they will discuss confidential matters.

The decision needs to be made, with land transferred and monies paid, by the MOJ deadline of 31st March.

“The highways and footways are in a poor state of repair and local residents have wanted to see improvements made for some considerable time.

“The council, as highways authority, is better placed to oversee the repairs.”

The council involved in negotiations and contracts with a tight deadline..what could possibly go wrong?

‘it is not feasible to bring the whole of the Parkhurst estate up to the standard in the Highways PFI contract.’

Which standard would that be? The one in the original PFI contract or the lesser one Jasmine Consulting negotiated for?

Vote Up22-1Vote Down
Benny C
Another chaotic fiasco waiting to happen. Councillors repeatedly make a mess of situations like these. Please don’t let Ian Ward anywhere near this. Meanwhile Councillor Churchman, speaking on Radio Merthyr Tydfils Bouncy Castle chat show, said proudly, “I can today announce the exciting news that the IOW Council have been asked by her majesty’s government to take possession of a new tourist attraction. I didn’t quite get… Read more »
Vote Up22-7Vote Down
eddo

If the cost for a roundabout was 9mil the adoption of the roads to a part of the prison estate must be north of 20mil, a private developer has to bring the roads to a acceptable standard Prior to adoption, not just put a few pounds down on the table.

Why don’t we get the MOJ to bring it up to standard before taking it over?

They say The highways and footways are in a poor state of repair and local residents have wanted to see improvements made for some considerable time.well join the rest of the island then.we been waiting years

Quite a bit of damage has been caused to not only some buildings but also paths roads etc by the trees which do not appear to have been managed correctly for centuries. MOJ don’t give anything for nothing, this is an expensive take on for the Island one we cannot afford to undertake.