‘Pennyfeathersgate’ is steeped in rumour and secrecy says Ryde Mayor

Cllr Lilley said the developers had three years to come back with the full planning application and are putting in variation orders simply, in his mind, ‘to keep the development alive’ 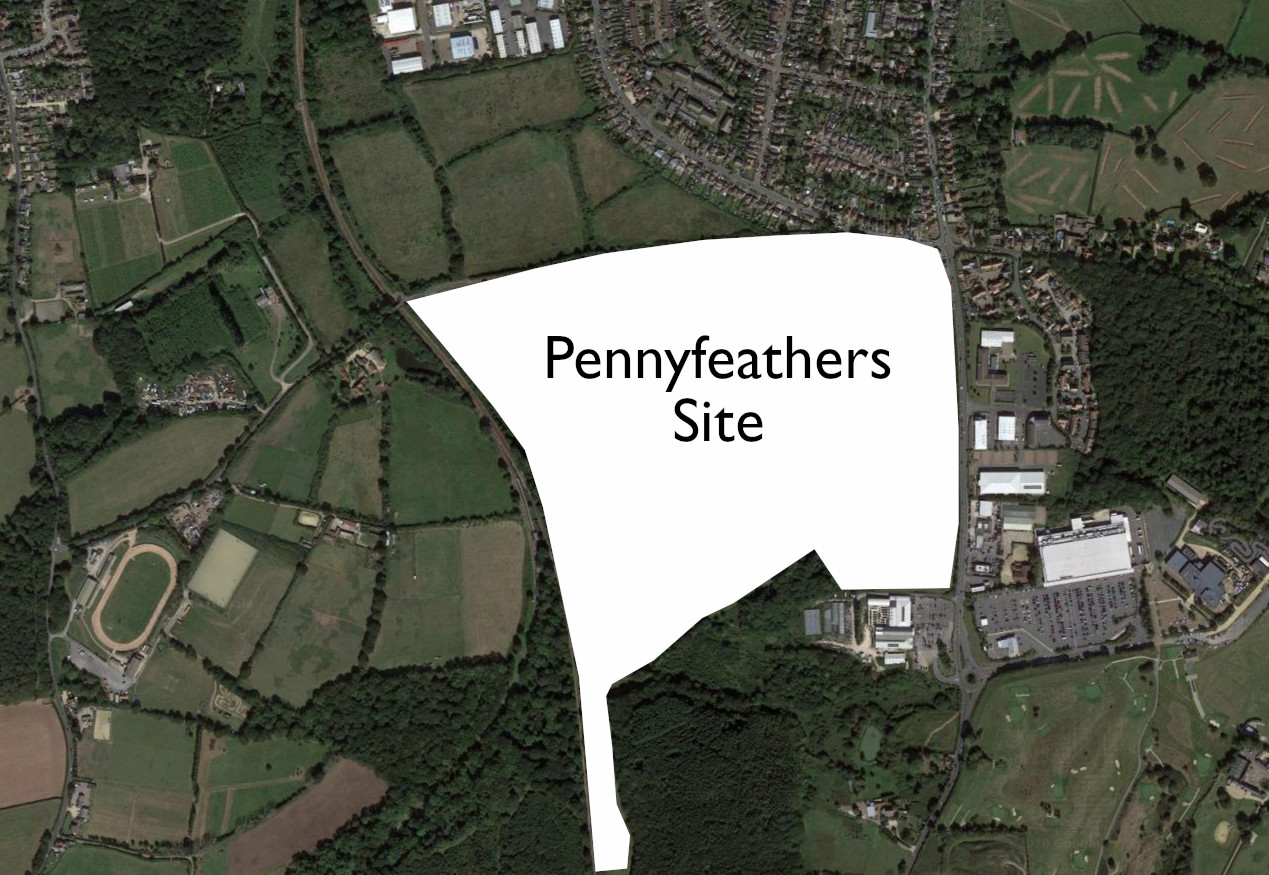 “Let’s go back to the drawing board on the massive Pennyfeathers homes scheme for Ryde.”

That was the call from the Mayor of Ryde this week as he said the people behind it appeared to be playing for time on the scheme that is ‘stepped with secrecy and underhandedness’.

Request to change conditions
As a planning deadline looms, the people behind the controversial 900-home development are trying to change the conditions of permission — but Ryde mayor and ward councillor Michael Lilley says they are doing it just to keep it alive.

In applications submitted to the Isle of Wight Council, the listed applicant, Hepburns Planning Consultancy, are asking for wording to be amended to support applications of reserved matters.

And in a further twist, Hepburns said on its Website this week that it was closing down, although honouring existing contracts.

Planning approved in 2017
The plans for Pennyfeathers, a huge development filling the gap between Smallbrook Junction and Busy Bee Garden Centre, submitted by Pennyfeathers Property Company, were approved on 1st September 2017, to build up to 904 houses, a school, community centre, commercial buildings, a sports building and more.

However, an application for reserved matters for phase one of the development must be made to the council’s planning team in the three following years since permission was granted — which expires just under three months away, on 31st August.

After the reserved matters of phase one are approved, building works can begin within two years of that permission.

Lilley: ‘Pennyfeathersgate’ is steeped in rumour and secrecy
Cllr Lilley said the developers had had three years to come back with the full planning permission application and are putting in variation orders simply, in his mind, to keep the development alive.

“It is simply stalling.

“The whole of Pennyfeathersgate is steeped in rumour and secrecy. Who is ever going to invest in this white elephant?

“This scheme demands millions of pounds of investment — who in their right mind is going to post-Covid 19 invest in something where even the Development Agent is closing down. It is a scandal and should be exposed publicly as one.

“We are now experiencing a life-threatening pandemic and the housing needs of the town have totally changed overnight.

“The landowners and developers of Pennyfeathers should do the honourable, ethical and moral thing and let the outline application fall on August 31 and there should be a new open and transparent discussion with all stakeholders in what Ryde genuinely needs.

“Covid-19 has told us one important lesson and people, residents and community come before profit.

“I will be 200 per cent fighting this and all large developments in my ward, as a resident and as an IW and town councillor.”

Derelict properties an eyesore
Cllr Lilley also said the houses at the top of Marlborough Road and Westridge Junction brought by the company, which have had the greenery taken out after residents’ complaints, have been left derelict and are now an eyesore ‘for all to see as they enter Ryde from the Sandown direction’.

Two other conditions are also asked to be changed, one adding ‘commercial’ to a sentence and another to change the number of houses occupied before cycle and footways have been constructed, surfaced and drained — from none to no more than 100.

Town Council objects to changes
Ryde Town Council object to the changes though, saying the condition being changed about foot and cycleways “should ensure that any house across the whole site which is occupied should be serviced by safe and highways compliant vehicular, pedestrian and cycle access and egress.”

In a planning statement, Hepburns said:

“It does not appear reasonable for a condition to impinge on the time allocated for a reserved matters application.

“A simple change to the wording at the start to “With the” [from ‘Prior to’] carries forward the intention of the condition and allows a lawful submission of a reserved matters application.”

newest oldest most voted
Eagle eye
Why is Bob Seely so quiet on this development? Bob Seely attended a large meeting of Ryde residents; this meeting was arranged by Cllr. Lilley. At this meeting Bob Seely was up for re-election, a point he mentioned several times as well as crossing his fingers. Bob Seely claimed at this meeting that he was against large developments on greenfield sites. So why hasn’t Bob Seely spoken… Read more »
Vote Up43-7Vote Down
alisonjane
How right you are Eagle eye, he has been elected now so doesn’t have to bother anymore. Sneaking in a little publicised bill during a pandemic, and while it has been stated that the death rate could have been halved if we had locked down just one week earlier, him + his mates in government have just voted for food standards to include chlorinated chicken + hormone… Read more »
Vote Up28-7Vote Down
gtb561

EU food safety standards are being transferred into UK law through the Withdrawal Agreement.

Vote Up6-6Vote Down
alisonjane
People, residents + community don’t come before profits though do they? They never have + they never will as long as greedy developers are about. They should do, but money talks + always has. You only have to look at previous planning applications that put profit streets ahead of residents + their community. Even having a Town or Parish Plan to supposedly protect communities holds no weight… Read more »
Vote Up35-9Vote Down
Eagle eye
Tosh Can I suggest you look at the following site. https://beta.companieshouse.gov.uk/officers/r__fCJJHay5wiVhoHegohgdUfjg/appointments There are currently 12 active companies registered under this director’s name. There are also 7 companies the director has resigned from including the following: Pennyfeathers Development where the posts of Secretary and Director were held and from which they resigned from in 2009. Are we heading for another situation like the Garden in Ryde. Planning permission… Read more »
Vote Up13-1Vote Down
tosh

I have just had a look on company’s house it seems that pennyfeathers property co. was re registered on the 4th June this year https://www.companieslist.co.uk/12644931-pennyfeathers-property.. This is the link, there is not much information on this company .I do agree with Cllr Lilley but i fear that this council will just rubber stamp it