Some great performances from Isle of Wight Motorcycle Club riders in the penultimate trial. See how they all got on 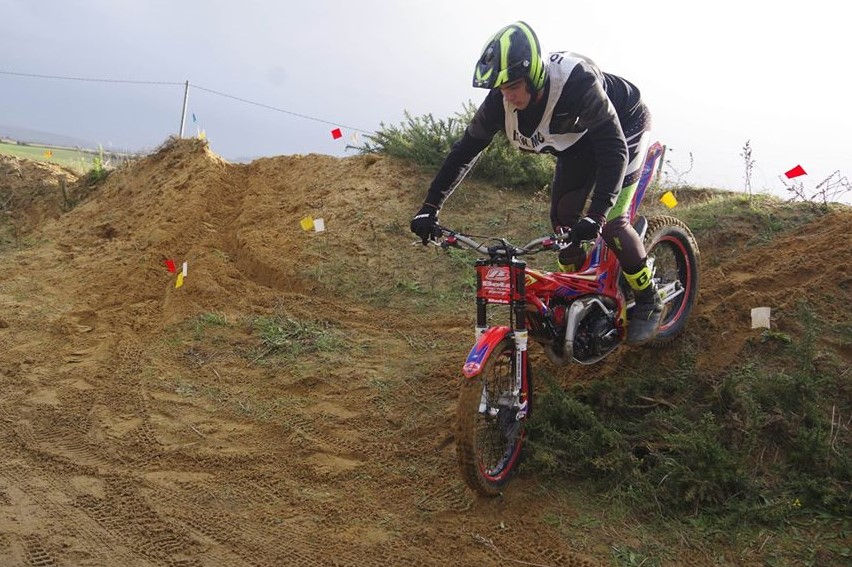 The Isle of Wight Motorcycle Club held the penultimate round of the Winter Series Trials Championship on Sunday 8th December at Haslett Farm, Shorwell. The Club would like to thank Mr Glen Draper for welcoming us back at such short notice.

The eight section lap was set by James Stay, Dan Flux, Rob Baker, Scout Gregory and Rob Howard. They did a brilliant job making full use of the available land. Very many thanks also to Gill Locke (Photographer) and to all the Observers whose help is vital to the success of the sport – another very good team effort.

Expert rider James Stay found himself out on his own, but despite the lack of competition he still posted a good total of thirty-five. James admitted that he was hoping to get round for less than twenty, but his total reflects the difficulty level on the Expert course, especially when combined with the unpredictable surface – good effort James.

The Intermediate class proved to be another emphatic win for Tom Richards. He negotiated the ‘B’ route excellently to finish with the second lowest score of the day, just six dropped marks. Scout Gregory managed to stay ahead of third place finisher Sonny Gaskin – only six marks between the two.

Andy Scott-Jackson beat his friendly rival Stuart Gummer in the Over 50s by ten marks. Meanwhile in the Clubman class there was a close battle between Colin Brodie and Phil Chase.

It was Colin who took the win with only four marks separating them. Maximum points means that Colin has won the Winter Series Clubman Championship, with a round to spare – congratulations Colin.

Novice riders
The well contested Novice group of riders ended with a win for Brian Brockwell, he put in a confident performance to complete the trial with a loss of fifteen marks. There were only eight marks separating the first four – John Coombes took the second spot with Paul Kent just two more behind in third.

Joe Taylor will probably be disappointed with his sixth place finish, but he’s already done the hard work, consistently scoring well throughout the season and he will be crowned the 2019 Winter Series Novice Champion. Nick Symes put in an excellent performance, despite riding unopposed, in the Twin-shock class to finish with the lowest total of the day – a miserly three dropped marks.

The next generation
Four Youth riders in action at Haslett during the afternoon, Dan Locke and Josh Morris went head to head in the Youth Experts which resulted with a win for Dan on this occasion. These two young riders continue to impress with every outing. They both began the year on the novice course – excellent effort by both riders. Alfie Haydon put in a tremendous performance dropping just seventeen in the Youth Inters.

Alfie has done more than enough to take the Championship – I’m sure he is champing at the bit to get stuck into the Experts next year! Alfie Gaskin had a mixed day in the Youth Novice class – he had four fairly expensive sections with excellent section scores (totalling eight) on the remaining, four helping him on his way to another ten Championship points.

Boxing Day meet
The final trial of 2019 will take place on Boxing Day at Shorwell Chalk Pit. There will be prizes for the best Youth and the best Adult riders in fancy dress. Please note the earlier start time of 11am, signing on from 10am.

The Club would like to take this opportunity to wish all the Landowners, volunteers, friends, associates, and of course, all our members a very happy Christmas and all the very best for 2020.

Report shared by Wayne on behalf of Isle of Wight Motorcycle Club. Ed