‘People have driven through the hedge so many times, there isn’t really a hedge there now’ say residents of ‘dangerous’ road 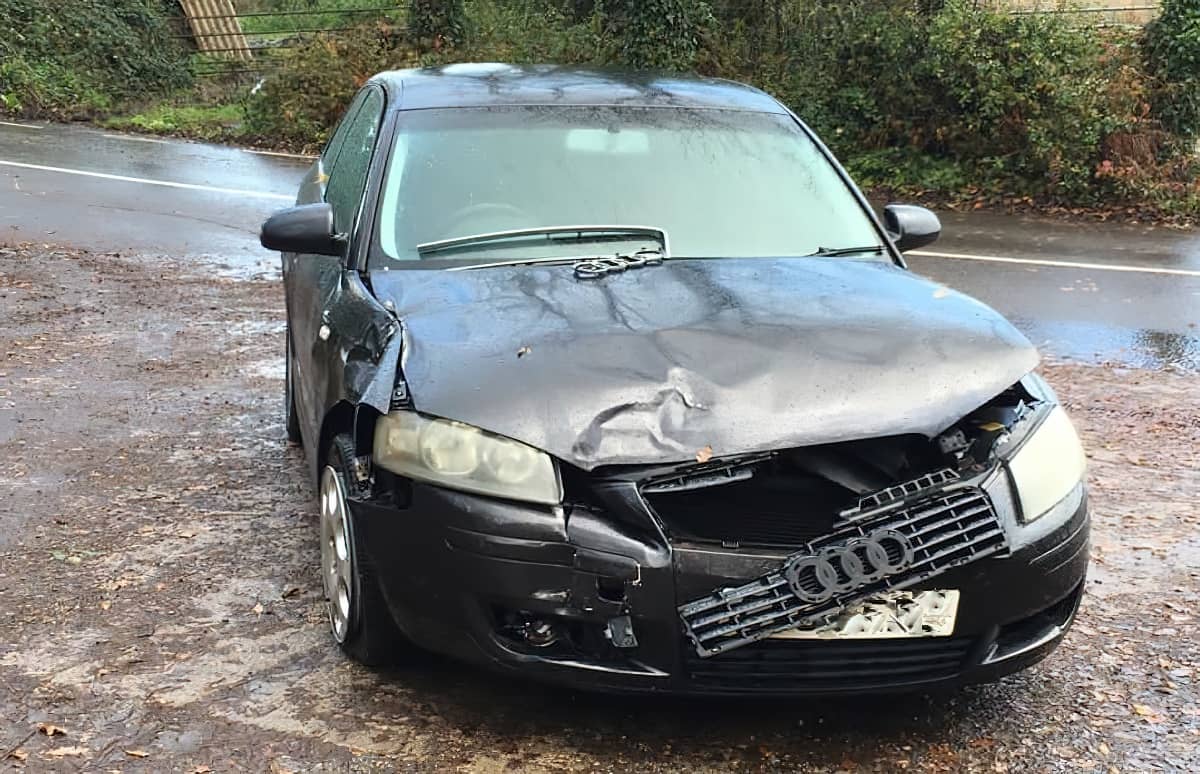 A road on the outskirts of Ryde where one driver brought down a telegraph pole, among other incidents, is not regarded as dangerous by Island Roads.

One family in Carters Road, between Upton Cross and the Smallbrook roundabout, in Ryde, have been trying to get more protective measures to stop any more accidents.

Particularly on the final corner of a series of bends as you head towards Smallbrook, where a driver was disqualified from driving for six months for failure to stop and report a crash after smashing into a telegraph pole, which residents say split in half.

An ongoing problem
Francesca Cooper, who grew up and still lives on a smallholding on that corner, said it was complete luck the driver escaped injury but it has been an ongoing problem for as long as she could remember — with anywhere between two or four accidents a year.

Since the incident, Francesca has made it her mission to get physical measures put in place to make the corner safer before a fatal crash does occur.

Cooper: No one bothered to put row of bollards back up
She said:

“There is no delineation now, people have driven through the hedge into our field so many times now there isn’t really even a hedge there and there is not much point in us planting one as people keep going into it.

“As you go around the corner you can hardly see them – there are two bollards, and they quite often get knocked over and someone must come and put them back up — there used to be a row of bollards there but then they got knocked down and no one bothered to put them back up again.

“I think we need a combination of chevrons or bollards or a crash barrier to make it more obvious, to make people stop leaving the road as it is dangerous to everyone.”

The road has a national speed limit but Francesca says lowering it may not be as helpful because even though people do cautiously come round the bends some still cause incidents by not turning further and driving straight into the hedges.

Raised with Island Roads
She has been raising the issue with Island Roads since March 2019 but has always been told nothing can be done and it is on a waiting list, that will be reviewed in six months, in regards to reducing the speed limit.

Cllr Vanessa Churchman, ward representative for the area, said she has asked on several occasions for the speed limit on Carters Road to be reduced, but has not succeeded.

A serious accident waiting to happen
With the expansion of the nearby Roebeck Country Park, and a two-way entrance being made, Cllr Churchman is concerned there will be a serious accident due to speed of traffic and the busy nature of the road.

Recently, a car had to be written off after it crashed into a bollard and damaged one of Francesca’s roadside trees. Island Roads, however, said its road safety data does not suggest Carters Road is a high-risk route.

“Road safety is the number one priority for Island Roads and we constantly review the network to ensure it is as safe as possible.

“We will, of course, look at these latest concerns and make any appropriate recommendations to the Isle of Wight Council.

“Furthermore, a project has commenced reviewing the suitability of speed limits across the Island in line with both national and local guidance and Carters Road will, of course, be part of this work. The findings of this review will be known next year.”

2 Comments on "‘People have driven through the hedge so many times, there isn’t really a hedge there now’ say residents of ‘dangerous’ road"

newest oldest most voted
Benny C
Exactly what is the point of Councillor Churchman? Busy going to great lengths to embarrass the whole island on the radio , getting into a voting muddle , but unable to make a straightforward case for a safety measure even with all the evidence to hand. Hopeless. I bet she claimed the expenses for a site visit or four, nevertheless. Vote her out, please, Havenstreet. She is… Read more »
Vote Up23-4Vote Down
Angela Hewitt

I AM SORRY – if I had seen the state of the car first I would not have laughed at the opening comment.